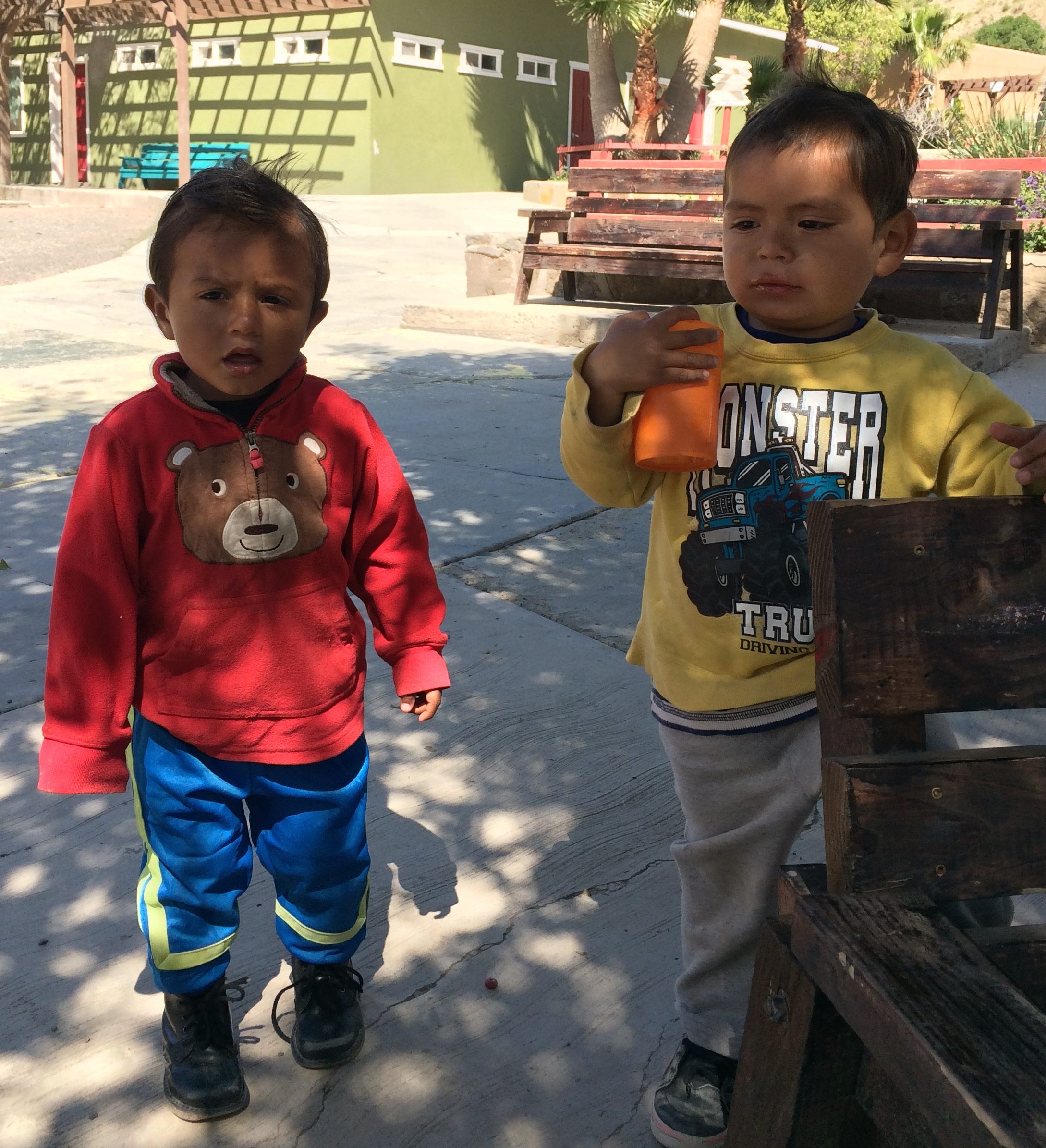 “This is not a good time to get away” I thought as I sat pensively at my desk on a Thursday morning in March.  There was another storm looming in the forecast expected to deliver another deluge of rainfall. There were deadlines to meet at work, family obligations to fulfill, bills to pay and household chores to complete. There were a million reasons why it was not the right time to get away, but I was bothered. I was bothered by all the negativity on the news, all the political non-sense, all the hateful and divisive and judgmental comments and posts on Facebook. I felt the need to get away from it all, to escape, to change my environment and find some fresh perspective.

But I wanted to do something meaningful, something of substance. Then it dawned on me, what about that orphanage in Baja that I heard of some years ago?  In times like this I’m often reminded that there are two general types of people; those who talk about living an interesting life, and those who actually do.   It was time for another journey.

With a little online research, I located the place and found a list of items they needed.  The next morning, after a quick stop to the store (ironically, there was a sale on Pampers diapers at Safeway and I bought as many as I could manage to fit in my motorcycle duffle bag), I was off to Mexico.

The trip south to San Diego was largely uneventful, but I was full of excitement in anticipation of spending some time across the border. As the sun fell, I settled on National City as the destination of the day, just this side of the border.

Rising at the crack of dawn and ready for an adventurous day, I made my way toward the border. Having had some trouble crossing our northern border recently (see Diablo Gazette – January 2017), I made sure that I declared the value of the diapers I was carrying and that it was my intention of leaving them in the country. The border agent, with a smirk on his face that suggested “thanks for being honest Amigo”, charged me $243 pesos (about $13 dollars) for exporting goods into Mexico. He had to get his cut of the action too I guessed.

La Mision, the city where the Door of Faith Orphanage is located, is about an hour south of the border between Rosarito and Ensenada, and the ride was spectacular as the road carved its way along the ocean before turning slightly inland. I took my time and enjoyed the views and the warm morning sunshine. When I arrived in town, I realized I didn’t have a specific address for the orphanage, so I stopped beside a coconut stand for a little break and to ask for directions. The young girl in the hut didn’t speak English, and since my command of Spanish is limited to ordering beer and finding a restroom, we didn’t make much progress. However, when I said the word “babies” she pointed in the direction of a nearby mountain and said “yes”. Those directions were good enough for me, so I thanked her, purchased a bag of her coconut milk, and set out toward the mountain. Minutes later I stumbled upon a telephone pole with a wooden sign that read “Door of Faith Orphanage” just before the pavement gave way to a dusty side road.

When I arrived at the entrance to the orphanage, I was taken back initially with the bright colored buildings of purple, yellow and green, and the cleanliness of the property. Young children crowded around my bike and pointed and laughed as I dismounted and looked for an adult to speak with.

An American greeted me and gladly asked how he could help. I told him that I came to see the orphanage first hand and to learn about their situation, and after a brief introduction we settled into a long conversation and tour of the property.

I learned a lot over the next few hours. I learned that there are approximately 100 children living at the orphanage at any one time, and that for most of them, this was the only home they would know until adulthood. The children had arrived from many different locations and for many different reasons. They arrived as infants or toddlers, or as little boys or girls, but the one common theme they shared was abuse and abandonment. It was a difficult message to hear and a difficult sight to see. As we continued to tour the kitchen and dining area, the dorms and other buildings, I mentioned that I was surprised to see such brightly colored buildings when I first arrived. “Paint colors cost the same whether you choose a somber hospital grey or something more positive and uplifting like purple and yellow and green” she said, and went on to explain the same reasoning for the clouds painted on the walls and the princesses and superhero’s painted on the dorm room walls.

The primary goal of the orphanage is to provide a stable and loving family for children who would otherwise not have one. The children attend public schools each day, which provides a sense of normalcy, and most important (at least in my opinion) is that they all provide community service on a regular basis. With community service, they are taught that although they have been victimized, they are not victims and should not be defined by their past. They all have self-worth and value and those characteristics are reinforced by giving back to their community. I loved the message. I paused for a while and just watched the children interact. Infants and toddlers played in their area while carrying sippy-cups, little boys played a game together while sitting on the concrete, and the bigger kids played baseball and soccer on a nearby field.

Following our meeting, and feeling a bit overwhelmed, I rode into town to eat lunch and find a place to relax and think about the enormity of the situation I had witnessed. I found an open air taco stand and pulled over. For $15 pesos (about $.80 cents) I dined on tacos and soda while sitting in the dirt beside my bike while I watched the traffic and vendors go by.

Philosophically I knew that my financial contribution of a few thousand dollars and a lot of diapers didn’t make a dent in the overall scheme of things. However, doing nothing would have been a far worse fate for the children in need. So I was left instead with the consolation that at least for a brief moment in time, I made a difference, and if everyone for a brief moment in time made a difference, we could change the world.

You see, my normal world, indeed most of ours, is filled with first world troubles.  While I know intellectually that these are not real problems, but rather annoyances, it’s easy to forget in our culture of success and abundance, that the rest of the world tries to cope with real problems like sourcing food, finding safe shelter and clean water. On the return trip, I crossed the border at 3PM on Saturday afternoon and rode straight home stopping only briefly for fuel and occasionally to stretch before I finally arrived at 1AM Sunday morning. It was late and I was exhausted and sore after braving ten hours of wind and cold in the later hours.

Ironically, our household debate on Sunday afternoon centered around the type, style and cost of a dress for the upcoming high school Senior Ball. I was quickly snapped back to American reality. First world problems I thought; I’m sure the little ones at Door of Faith Orphanage will not struggle with such problems for they will not have a Senior Ball planned for them, and they will not struggle with the type, style and cost of a new dress.

One of the things that made America great in the first place was people helping people, and neighbors helping neighbors. It was the strong helping the weak and the fortunate helping the unfortunate. I was searching for some fresh new perspective and to do something meaningful, and that weekend I found them both in my journey to the Door of Faith Orphanage in Baja, Mexico.