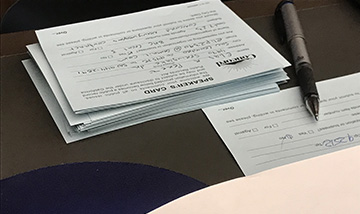 On Saturday, January 7, from 9AM to 6PM the City Council sat through roughly two hours of presentations and then over about 90 public comments.   Union members turned out in mass in person and dominated the public comment with an emphasis on they want the jobs and how great the proposed term sheet is.  There was a group of not more than 20 that concentrated on their hatred for the Seeno family and wanting there to be no development where they were involved in any manner or form.  There were also actually a few people from public comment that focused on the term sheet and had their concerns and perspectives. Issues stated included:

JADUs should not be counted as an affordable housing unit
These are one bedroom or studio residencies attached to a larger home with separate entrances; in effect, a duplex with three bedrooms on one side and one bedroom on the other side. However, the JADU is deed restricted in that in the event of being rented out, they must be rented at an affordable rate (i.e., not more than 30% of income and the overall income level has to somewhere below 80% of the average medium income of folks.

Concerns about water
Though it was stated that there would be another certification of acceptability coming from the Water Board.  Interesting there was a comment from staff that in the prior approved quest it was stated that the water usage would be LESS than what the same amount of folks are using in Concord now because of the upgrade in technology and the extensive use of recycle water.

Could we start at the BART station rather than at Willow Pass and Highway 4?
Utilities all come from the other side and the build out of Willow Pass was forced into Phase 1.

Concern over the methodology of awarding the Affordable Housing Site
It is quite complex and interesting.
Sierra Club had an interesting combination of concerns. One, start the project at BART; and two, maybe there should be more JADUs to make sure that there are units available for folks if the JADUs provided were being used by family and not open to market competition.

Wanting more information on the breakdown of affordable housing percentages, such as how many units for folks under 40% of average income, 60%, 80% etc.

What is the fiscal impact on the Concord First Partners and their ability to do the term sheet given the recently revealed issues between the Seeno Family members dispute?

How the city council digests all the input and answers these questions is something that we will find out on Saturday, January 28, at 9AM at City Hall.

Edi Birsan, where the 49er game the next day provided a political-free 24-hour mental health session.  If you want to talk about this or anything else send me an email to EdiBirsan@gmail.com and as always, I buy the coffee at Peet’s at Oak Grove and Treat.