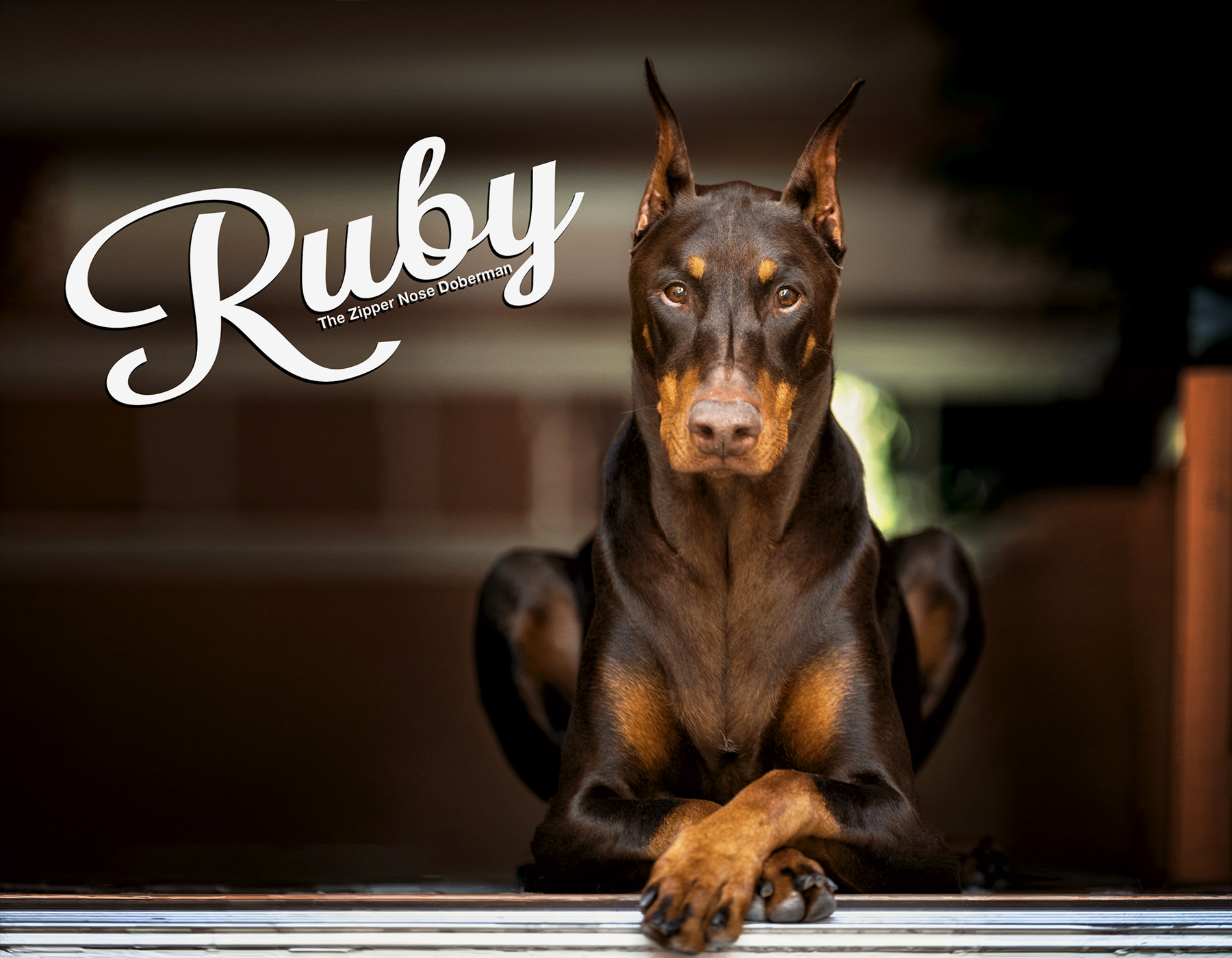 It is only fitting that I dedicate this article to our beloved Ruby (Ruby Dooby Do), the Doberman from Concord known the world over.

She passed away in August from a genetic heart disease, dilated cardiomyopathy, (DCM). Because it was detected early in Ruby’s life, Concord and the world was treated with seven fabulous years of photos and videos of Ruby and Charles Lindsey, on social media: Facebook (1.2 million followers), TikTok (1.8 million followers) and Instagram (300K followers).
Diablo Gazette noticed Ruby in the beginning of her social stardom, shortly after Snoop Dogg had shared one of Ruby’s iconic photos elevating Ruby to 30,000 followers at that time.
We gave Ruby her own column, Ruby Dooby Do to the Rescue, to help support the budding Ruby trend, and to help draw attention to local rescue centers and dogs in need of a home. Actual column writer, (sorry, the gig is up, Ruby was smart, but she couldn’t work a keyboard), Jill Hedgecock fell in love with Ruby and placed her on the cover of her two novels “ “Between Shadow’s Eyes,” and sequel “From Shadow’s Perspective”.

At her peak, Ruby brought commercial success offering sincere endorsements of pet products and services, and of course plenty of entertainment on TikTok and Reels. Her videos often went viral. She even did a photo shoot at Concord’s Oktoberfest from the Diablo Gazette booth one year.
Lindsey was in discussion with Creative Concord of Ruby becoming one of the new murals around Concord, (an idea inspired by Ruby’s mural in Paris, France) but her health was beginning to fail, and public appearances were a risk to her.

When Charles announced her sudden passing, followers grieved. Saddened, sympathy poured in over the internet by the hundreds of thousands from all countries. Many were claiming to be in tears. Cards came to a special PO Box. Artists created tribute works including illustrations, paintings, and sculptures. Podcasters mourned. Their “last selfie” video racked up 1.8 million views.
In the end, what Charles and Ruby did for the Doberman breed was challenge the stigma of its Hollywood-generated vicious reputation. They are not nefarious. They are gentle loving creatures that only want to serve their master.
If you live in the Concord, California area and somehow unfamiliar with Ruby Dooby Do, you can still enjoy her Online like everyone else. Caution, you will fall in love with her, and you will be amazed at how incredibly smart, and gentle she was. You will witness one of the strongest man-dog bond ever imagined, a truly loving relationship like no other.

Ruby’s infamy was made possible entirely due to the brilliant work of Charles Lindsey Photography. You can read more of Ruby at:
diablogazette.com
https://www.facebook.com/rubydoobydodoberman
https://linktr.ee/Rubydooby_do
https://www.tiktok.com/@rubydooby_do
://www.instagram.com/rubydooby_do/

4 thoughts on “The World Bids Farewell to Ruby”