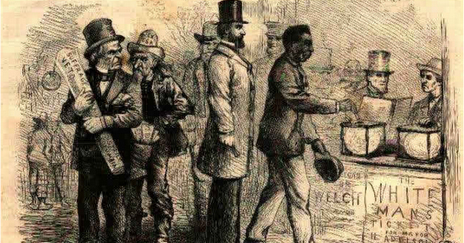 It is often talked about that in the original Constitution of 1787 African Americans were considered as 3/5th of other folks and that it reflected the racist attitude of the Southerners.
While racism was rampant and fully acceptable at the time, the battle lines for what was being fought over was blatantly influenced by power and greed as indicated in the final wording of Article 1, Section 2, Clause 3 of the Constitution.
While 95% of the people affected by this 3/5th thingee were in fact African Americans, it technically did not apply to the Free African Americans. They were to be counted as equal to the rest of the ‘other folks’ who were ‘free’
The reality is that the southerners wanted slaves to be counted FULLY as equal for purposes of representation. Shocking? Not really. This would mean that the slave-heavy states would receive a third more Representatives and a third more presidential electoral votes than if slaves had not been counted.
For example: Virginia in the 1790 census had 292,000 slaves. At the rate of one representative for every 30,000 people that would equate to 9.7, rounded to 9 representatives, for the state. However, with the 3/5th rule the representation was reduced to 175,000 or rounded to 5 representatives.
If slaves were counted as fully equal based on representation, then the south would have more members of congress and more votes in the Electoral College. Most likely the election of Lincoln would have looked quite different and far more problematic. So, while virtually all 13 states had slaves in the 1790 census, the low-slave states wanted to deprive the slave-heavy states of political power.
So how did we get to the 3/5 rule? Well, there was another concept that was dependent on representation, thus population, and that was taxes. On this issue, the sides were reversed. The slave-heavy states did not want slaves counted for this purpose, and the low-slave states wanted the slaves counted, so that the federal taxes would be apportioned more to the heavy-slave states.
With these two diverse fights, political power and taxation, there came a compromise that would combine the two distinct categories of activity into one census lens that would count the slaves as 3/5s for the purposes simultaneously of representation and taxation. Here was the final wording as originally written into the constitution.
“Representatives and direct taxes shall be apportioned among the several States which may be included within this Union, according to their respective Numbers, which shall be determined by adding to the whole Number of free Persons, including those bound to Service for a Term of Years, and excluding Indians not taxed, three fifths of all other Persons.”
It was 81 years later in 1868 that the 14th Amendment repealed this compromise.

Brought to you by Edi Birsan who was not around at the time even though my back and knees feel like it. Any questions or 3/5ths of a question can be directed to EdiBirsan@gmail.com