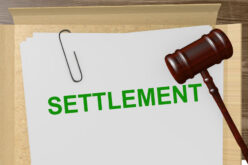 In law school, students spend many hours learning about legal responsibility. In Contracts class, they learn about breaches of contract and remedies for those breaches. In Torts class, they learn about liability for product and premises defects, dog bites, car accidents, etc. In Employment Law class they learn about wrongful termination, discrimination, harassment, etc. Students learn how to evaluate the amount of damages caused by these legal violations and they learn about civil litigation (lawsuits) – the legal process by which issues of legal responsibility are resolved.
As a law student (many years ago), I learned all these concepts, and yet I do not recall learning much about one crucial issue – how do all these legal violations and procedures result in money actually changing hands? More precisely, what if someone breaks the law, causes damage to someone else, but has no money to pay? I have now been practicing personal injury law for 38 years and this issue of “collectability” has raised its ugly head repeatedly and often throughout those years.
Let me provide you with my most recent example. I represented two women who were wrongfully fired by their employer, a local eyelash extension provider with several locations. We proceeded through a lawsuit which, years later, resulted in a Judgment in our favor for $50,000.00. The owner of the business appealed. While the case was on appeal, I received notice that the owner had filed for bankruptcy. Our claims were submitted to the bankruptcy court and, again years later, we finally (last week) received two checks for $1,209.00 each – seven years after I first met my client. I have many other bankruptcy stories, all of which resulted in the recovery of zero dollars after spending considerable amount of time and money pursuing the claims through legal channels.
In those cases that became worthless because of bankruptcy, the responsible parties did not have any insurance coverage for the claims. Fortunately, there is insurance to cover many other claims, like claims arising from car accidents. However, California law only requires drivers to have a minimum of $15,000.00 coverage for injuries. What happens if a person with minimum policy limits causes injuries that may have a value of hundreds of thousands or millions of dollars? That person is still responsible for the full value of the injuries, but if that person does not have money what good is a Judgment for a million dollars? You cannot collect money from some-
one who has no money, and they always can file for bankruptcy anyway as a last resort.
In the car accident scenario, it is important to know that every driver can purchase his or her own uninsured or underinsured motorist (UM) coverage in whatever amount they want to purchase. Then, if they sustain serious injuries in a car accident and the responsible party does not have enough insurance, they can turn to their own insurance carrier for more money (up to the UM limits).
The largest case I have handled was a car accident on I-680. My client sustained a serious leg injury, and we were lucky enough that the accident was caused by a State of California truck – we settled for millions of dollars. Had the accident been caused by a private driver, my client would probably have been limited to her UM coverage which I think was about $250,000.00. Unfortunately, most people do not buy enough UM coverage because they are not anticipating that they will get seriously injured in a car accident and they want to save money on insurance premiums. And unfortunately, my experience is that most serious injury cases settle for less than the cases are worth, often much less, simply because there is not enough insurance money available.
Many years ago, I went to trial against a small grocery store in San Francisco for injuries sustained by my client. The grocer had no insurance. The case went all the way to trial, and we won a Judgment in the amount of $50,000.00. The grocer closed his business, and we were unable to collect anything for him, so I just filed the Judgment with the Recorder’s office. Many years later (about 15) I received a call from the grocer. He said he was trying to sell his house, but the recorded Judgment was blocking the sale. We received our money (and 10% annual interest) from the escrow from the sale of the home. Not all the collection stories have sad endings!