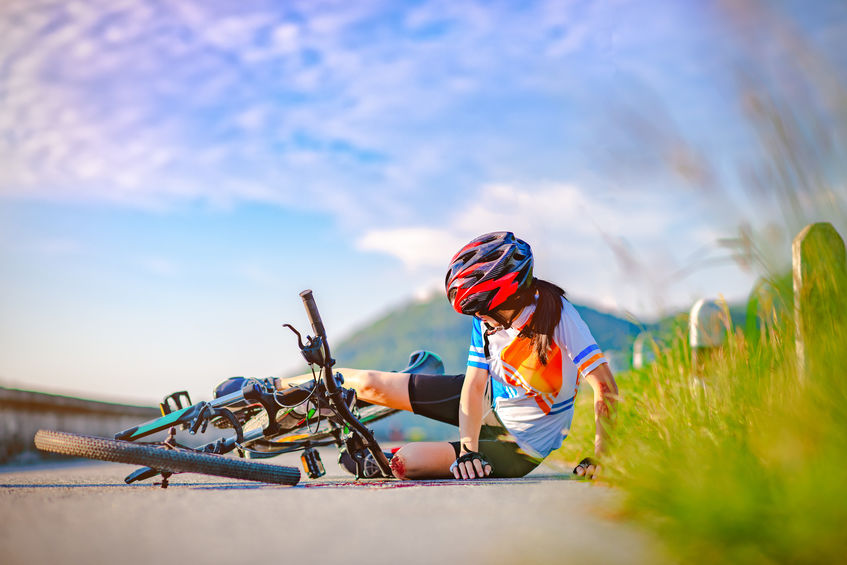 On a lovely Sunday, in beautiful Sonoma County, Cathy and her friend set off together for a 30-mile bicycle ride. They were preparing for a noncompetitive long distance ride later that summer. Gliding down a hill, traveling at least 25 mph, they encountered a large pothole in the road. Cathy’s front tire struck the pothole, she went flying, and tragically she sustained serious injuries.
In Cathy’s lawsuit, the County argued that it was not responsible for the incident because Cathy and her friend had assumed the risk of crashing. This defense, called “primary assumption of the risk,” is often raised when someone is injured while participating in a sport. There are certain risks inherent in all sports. If a person is injured by one of those inherent risks, that person cannot try to hold another person legally responsible. The rationale behind the defense is that if another person is held responsible for inherent risks in a sport that might chill vigorous participation in the sport, or chill sponsors from supporting the sport, and thus fundamentally alter the basic nature of the sport.
For example, if I play touch football and get injured when my opponent knocks me over, I cannot sue the other player for the injury. Contact is an inherent risk of touch football. If a person could be held liable for contacting another person while playing touch football, the game would be played much differently – the basic nature of the sport would be fundamentally altered. As another example, if I am playing softball and I accidently throw the ball into another player’s face, that is an inherent risk of the sport. If I could be held liable, I might not want to try to turn that double play at second base, or throw a runner out at home, which would fundamentally alter the game.
I used to participate in triathlons, so I spent many hours bicycling on roads. It is inevitable that if you bike long enough you will crash – your equipment will fail, you will hit a bump in the road, you will lose your concentration, or you will be run off the road by a vehicle. Striking a pothole or some other bump in the road is an inherent risk of bicycling. If that is true, then the County could not be held responsible for Cathy’s crash, right?
Wrong. There is a twist to the assumption of risk rule – a person (or organization) can sometimes be held responsible for a sports injury if that person had increased the inherent risks of the sport. In Cathy’s case, the County had a duty not to increase the risks of cycling because the County already had a duty to other users of the road to fix the pothole. Since the County already was required to fix dangerous potholes, making the County responsible for Cathy’s injuries would not cause the County to take other steps that would fundamentally alter the nature of road cycling.
But did the County increase the risk of cycling in Cathy’s case? In her case, the pothole was four feet long, three feet wide and 4 inches deep. It was big. Six weeks before Cathy’s accident someone had reported the pothole to the county. This particular pothole, given its size, was not an inherent risk of cycling. Even if some potholes are an inherent risk of cycling, not all potholes are.
This article is based on a case decided by the First District Court of Appeal in San Francisco on September 28, 2020 (Williams v. County of Sonoma). It is a case that has drawn much attention. The Consumer Attorneys of California (CAOC) (the premier organization of plaintiff personal injury lawyers in the state) filed a brief on appeal in favor of Cathy, and the California State Association of Counties filed a brief in support of Sonoma County. The CAOC argued that the primary assumption of risk doctrine should not be available at all to government defendants, but the appeals court did not address that issue. Further, the appeals court did not address the issue of whether long-distance recreational cycling is even a “sport” for which the assumption of risk defense should apply. The court did not need to reach these issues because the Court ruled in Cathy’s favor even applying the assumption of risk rules.