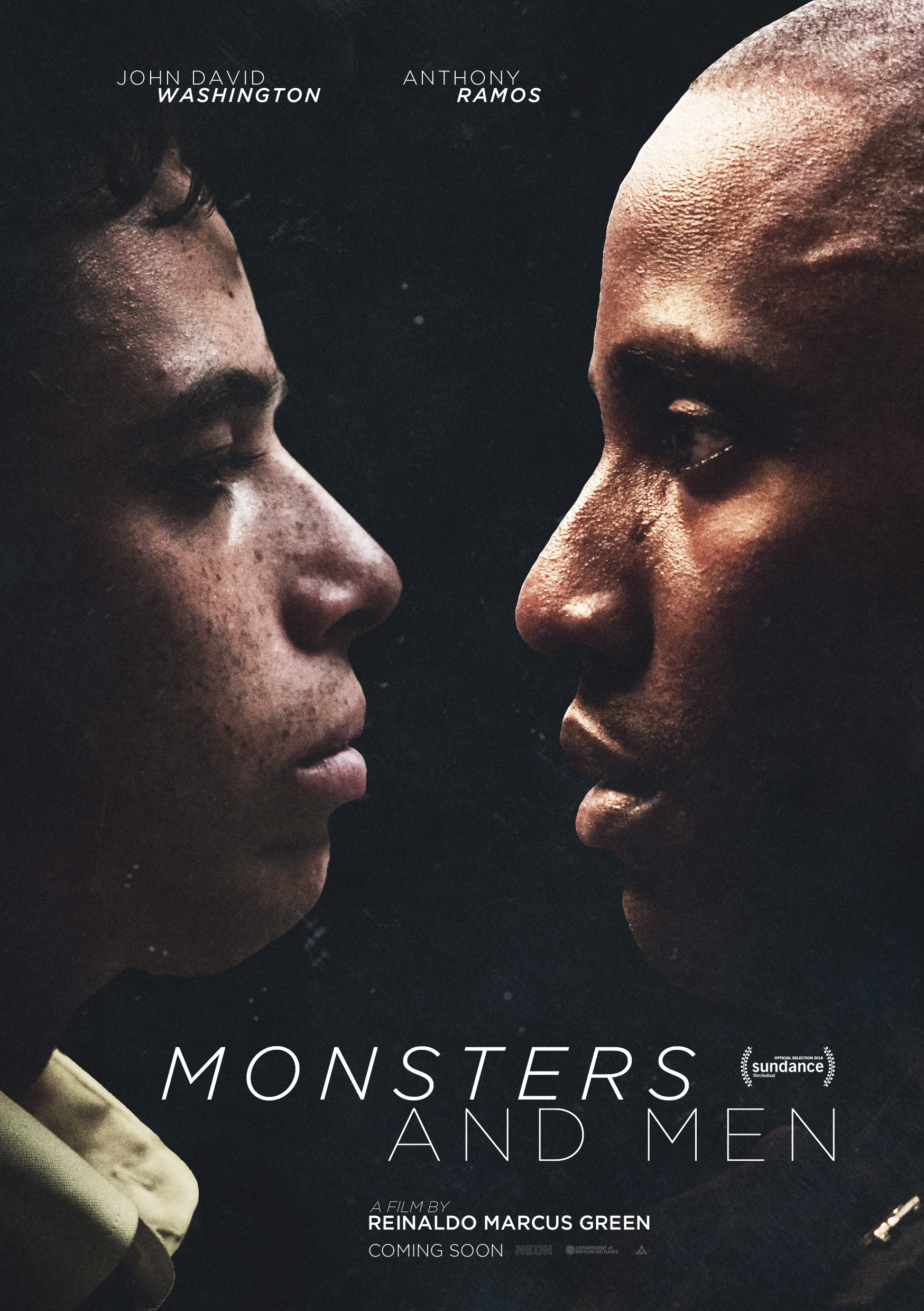 In “MONSTERS AND MEN”, an unarmed black man is killed by police, an event that affects three characters in profound ways. Young father Manny (Anthony Ramos), who records the act (and was friends with the victim), struggles with sharing what he knows vs. protecting himself and his family from retaliation. Conscientious black cop Dennis (John David Washington) is caught in the tug-of-war between his colleagues and the community. And young athlete Zyric (Kelvin Harrison Jr.), who’s on the verge of a potentially life-changing showcase, feels driven to get involved in the community’s protests.
This is a deep, moving film about the realities of communities that have racially charged relationships with police. Writer-director Reinaldo Marcus Green makes his feature debut with “Monsters and Men” after many shorts, but his filmmaking is so rich and assured that you’d never guess that. His superb casting speaks well of him (and casting director Avy Kaufman), as every featured actor delivers a focused, believable, feeling performance. His script makes the characters’ stakes high and struggles relatable. Each one has a great deal to lose, and we feel it. The villains in the film — a handful of abusive cops — are few, but they loom large. Again, we feel their presence, their threat, the environment they create, despite the simultaneous presence of good cops who care about the job and interact with the community. It’s a lot like life but presented artistically by an auteur who knows how to convey ideas and emotions without jamming them down your throat.
The world of “Monsters and Men” is dotted with convincing-feeling details. Green’s low-key direction conveys information with economy. Activists are passionate, but not comically so. Those who love the main male characters — wives/partners and parents — are realistically concerned. The relationships feel real which authenticates the peril caused by the whole tense situation.  “Monsters and Men” deserves to be regarded on its own.
“Monsters and Men” is a serious, complex drama about strained relations between police and urban minority communities. Expect some strong language. Though no violence is shown on screen, a shooting is heard repeatedly and is the movie’s central plot point. There is no on-screen violence but does have drugs and sexual situations.
The outstanding young cast includes John David Washington (BlacKkKlansman), Kelvin Harrison Jr. (It Comes at Night), and Anthony Ramos and Jasmine Cephas Jones of Broadway’s Hamilton. Director: Reinaldo Marcus-Green