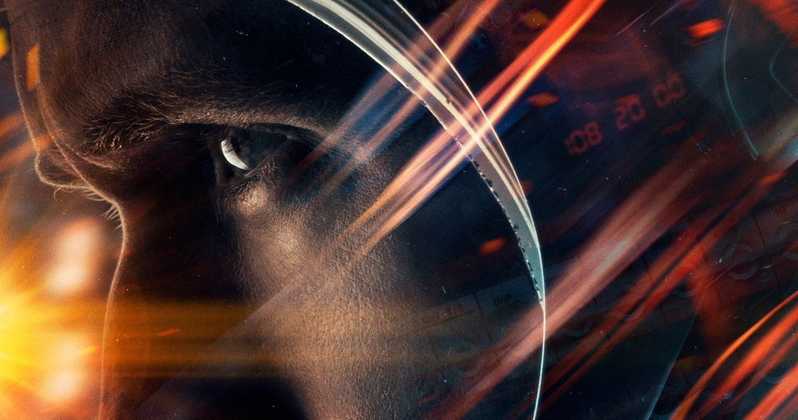 4/5 STARS
FIRST MAN is Academy Award-winning Damien Chazelle’s biopic about Neil Armstrong (Ryan Gosling). It takes place between 1961 and 1969, the years that took Armstrong from being a test pilot in California to a pioneering NASA astronaut in Houston to the first person to walk on the moon. While he’s still flying planes in the Mojave desert, Neil and his wife, Janet (Claire Foy), experience the loss of their second child, Karen, who dies from brain cancer. Neil is then hired to officially join NASA’s space program in Houston. There, he and Janet befriend the other astronauts, like Ed White (Jason Clarke), Elliott See (Patrick Fugit), and Jim Lovell (Pablo Schreiber), and their families as the men embark on often dangerous missions leading up to the race to the moon.
Gosling gives a fabulous performance as the thoughtful, intelligent space pioneer in this intimate, visceral, serious biopic. Chazelle’s adaptation of James R. Hansen’s “First Man: The Life of Neil A. Armstrong” is an up close and personal exploration of Armstrong’s life in the 1960s. The movie opens with a bumpy, hair-raising, dizzying test flight on the rocket-powered X-15 — a scene that’s contrasted with a heartbreaking sequence in which it’s clear that Neil’s little girl is sick. After her death, Neil can’t allow anyone to see him break down, and that stoicism about loss continues throughout the years as he survives the death of fellow pilots and astronauts who weren’t just colleagues but close friends. Gosling is a masterful actor: one who never overacts and seems to truly understand the art of subtlety. It helps that Armstrong isn’t an alpha male space cowboy or an ambitious extrovert like Buzz Aldrin (Corey Stoll); he’s humble, hardworking, and at times emotionally distant.
Although the movie offers plenty of nerve-wracking moments and beautiful cinematography (especially in space/rocket scenes), this character study isn’t as similar to “Apollo 13”, “Gravity”, or “The Right Stuff” as moviegoers might expect. Chazelle keeps the film focused on the two Armstrongs, without trying to capture every major event or figure involved in the space race. Unlike many other fact-based movies about that time, which only superficially include the astronauts’ wives, Chazelle gives Foy’s Janet lots of screen time as the wife left behind to keep house, tamp down her nerves, and hope that her husband doesn’t end up as another NASA casualty. Thanks to Josh Singer’s deft script, Linus Sandgren’s memorable cinematography, and Gosling and Foy’s excellent performances — buoyed by an excellent supporting cast — First Man proves that Armstrong is a uniquely humble legend and that Chazelle is one of the most versatile filmmakers in Hollywood.
Cast: Ryan Gosling, Claire Foy, Jason Clarke. Director: Damien Chazelle Runtime: 141 minutes. MPAA rating: PG-13