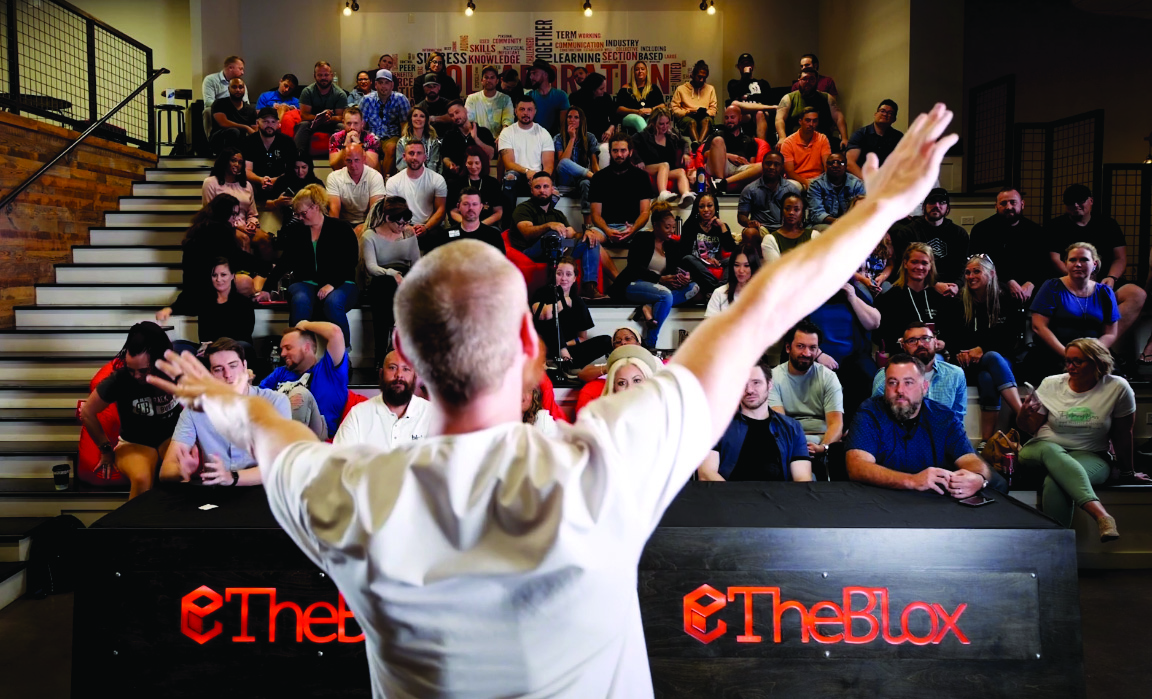 Brittany Parsons, co-owner of AM/PM Tree Service (with her husband David Engel) inadvertently became a contestant on a reality TV show recently.
Waking up one morning, she picked up her phone and saw an ad that read, “Does your business need an acceleration program?” So, she responded and signed up, uncertain what to expect.
She received a message thanking her for applying for “The Blox.” “The Blox” is an Online TV reality show which claims to be “The greatest show on entrepreneurship.” The show is hosted and produced by Wes Bergmann, a leading contestant on MTV’s “The Challenge.” The message instructed her to download the show’s AP and discover what she just applied to do.
I told my husband, “I think I just applied to a reality TV show.” They laughed at first until they discovered that the show was Bergmann’s show. Laughter became excitement as they realized this may not be a scam afterall.”

“We were already fans of Bergman’s intelligence on the MTV show. He’s an entrepreneur himself and very invested in helping Start Ups.”
She submitted a description of her business and why she would be interested in competing on the show, expecting to never hear from them.
Soon, Parsons was contacted by one of the show’s producers. She was one of 60 companies chosen out of 60,000 applicants, they told her.
Off she went for a week to Overland Park, KS, for a week of education, competition, and filming.
Each day started with a lesson from Bergmann himself, breakfast, and then more lessons involving topics of fundraising, lead development, sales, and web development.

The 60 contestants were divided into six pods of 10 companies and assigned a judge for one-on-one sessions to discuss each contestant’s business.
Contestants would earn points if they can take the day’s lesson and apply it to their business. The best of each day’s pod winners also competed each night in a “Blox Off” by answering a series of questions. At the end of the week, contestants with the most points were announced as 1st, 2nd, or 3rd place, plus most valuable and most investable entrepreneurs.
How did Parsons fair? She said you will have to watch the show, but she hinted she finished in the top tier. As for the overall experience, she summed it with:
“Being part of the Blox was amazing, educational, and life changing. It was beyond education and competition. It was a week of deep bonding and idea exchanging with the most brilliant and eccentric group of people I have ever been in the same room with. The energy and creativity were pouring over… I would do this over and over.”
Currently season 4 is airing. Brittany is in Season 6 which she projects will be ready near the end of the Holidays. In the meantime, you can catch up and watch earlier seasons at betablox.com/theblox.

Gardens at Heather Farms to Celebrate its 50th Anniversary