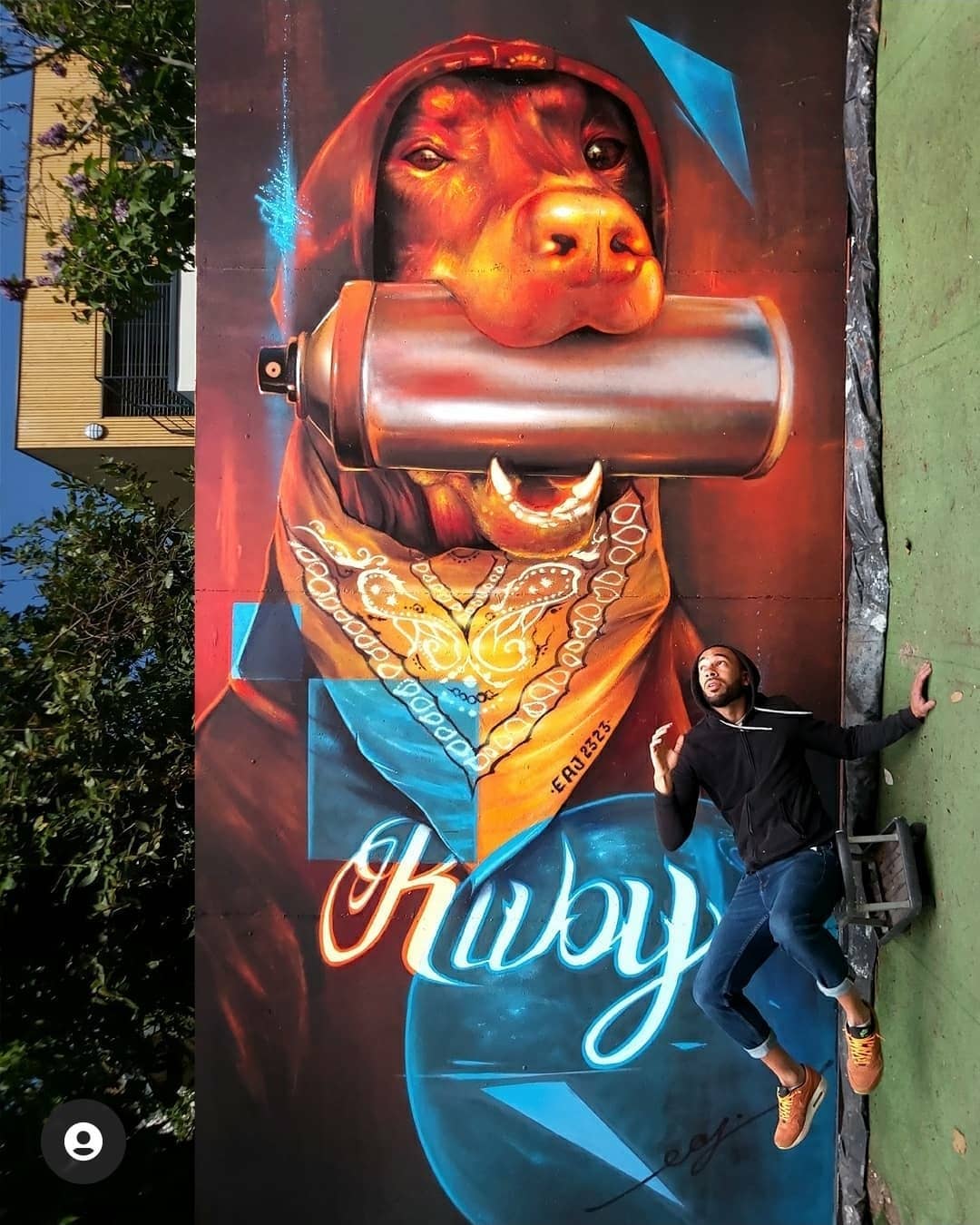 Coming in June, the City of Concord is going to look a whole lot more artsy. Visit Concord, the City of Concord and the Concord Chamber have partnered with Local Edition Creative to paint a collection of 10 contemporary murals created by professional artists that will go around Todos Santos Plaza as well as other areas in Concord.
“We are incredibly excited about this colorful addition of creativity to Concord,” says Visit Concord CEO & President, Elaine Schroth. Installations like murals that focus on art and culture have shown to invigorate a town’s economy.
To visualize what is in store for Concord, go to www.creativeconcordca.com. You will see some extraordinary works by these guys.
Speaking of murals, I would like to see a mural tribute to Ruby, Concord’s international Doberman celebrity belonging to photographer Charles Lindsey. Afterall, the mural of Ruby (below) was spotted outside of Paris, France in 2020.
For those not familiar with Ruby, even though the rest of the world apparently is, she has 276,000 Instagram followers worldwide, 870,000 Facebook followers and 1.7 Million Tik Tok followers!
Most of you who read the Gazette know we gave Ruby her own column, (pg. 15 – spoiler alert, ghost written by author Jill Hedgecock) to help the adoption of rescue dogs in local shelters. Jill has also featured Ruby on the cover of two of her books.

The mural artist, who is known as eaj2323 on Instagram, follows Ruby (rubydooby_do) and used one of her posted images as his inspiration, then sent a photo of his artwork to Lindsey.
The way I see it, if a Ruby mural is good enough for Paris, France, then surely one in Concord seems apropos. Let’s show her some love, Concord.
Book reviewer, Jill Hedgecock (“Bookends”) is close to releasing the third sequel to “Between Shadow’s Eyes,” that features Ruby on the cover.
The trilogy follows the paranormal adventure of a ghost-seeing Doberman.