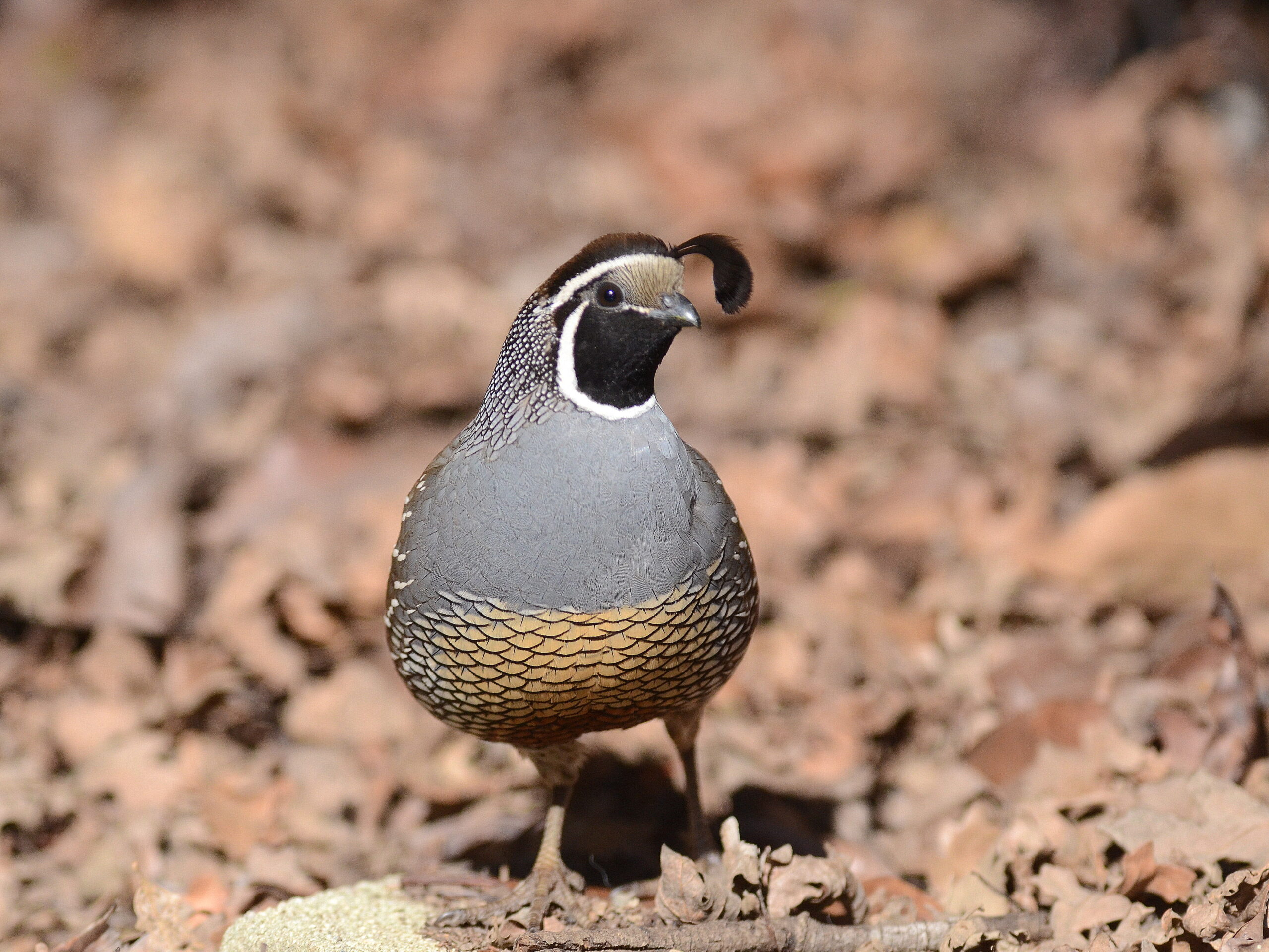 Audubon’s annual CBC began on Christmas Day 1900 and is the world’s longest-running wildlife census with more than 120 years of data. But like most activities this year, the COVID-19 pandemic disrupted the event.
During the COVID shutdown, not only did we experience a cleansing of air quality, but also a noticeable reduction in noise pollution. Nature experienced quietude, a state of stillness, calmness and quiet.

According to a September article in Science Magazine*, Jenny Phillips, a behavioral ecologist at California Polytechnic State University, recorded White-crowned Sparrows singing in the San Francisco Bay Area and found that the sparrows were singing on average 30% softer than before the lockdown.
In just a matter of weeks, the sparrows’ songs recovered the acoustic quality of songs sung decades ago with bandwidths typical of birds recorded in the 1970s. The combination of less background noise and the better signal from wider bandwidth meant the males could likely hear each other from twice as far away than before. It seems COVID-19 may have made it easier for birds to attract a mate resulting in more reproductive success.
This is one of the observations the annual Mt. Diablo Audubon’s (MDAS) Christmas Bird Count (CBC) may have uncovered.

Due to Covid-19 orders, only members from the same households could bird together and only a limited number of birders were allowed to census the 15 areas. Having fewer people on the count proved a challenge this year.
Alan Bade took on a leadership role to count birds in the Old Borges Ranch area of Shell Ridge Open Space on December 19. He and his partner, Wendy, and one other birder, Maren Smith, who walked a different trail than Alan and Wendy, identified 33 species which included California quail, our state bird.
“When you are solo birding, you have to observe, identify, pull out your phone to tally in eBird (or write it down), and also hope to get a picture if you are a photographer,” said Bade. “Our count at Borges may have been less accurate for highly abundant species, as there were fewer of us to count.”
This was Bade’s third year as trip leader at Borges Ranch. His role is to make sure the appropriate habitat is surveyed without overlap with other participants on his slice of the count circle.

“It’s a lot of fun!” said Bade. “My most memorable moments are being out in the field with great people seeing great birds. It doesn’t get any better than that. It’s especially fun when we find a good bird and enjoy it together. The first time we saw the Phainopepla three years ago was great.”
Weather matters when it comes to spotting the feathered creatures that the team is tasked with counting. Bade indicated that the birds may not be as fully active in the cold. This year the fog from the Central Valley moved in and made it hard to count birds that were beyond their visual range. This was an issue at Shell Ridge he said. Shell Ridge is usually great for observing raptors. But this year they either weren’t up there or couldn’t be seen. He and his team mostly saw red-tailed hawks sitting in trees or telephone poles as the mist lifted at around 12:30.
“This was the foggiest CBC I’ve encountered—it was eerie and beautiful,” said Maren Smith, “and while the birds were not plentiful, working a little harder for the list made it a fun challenge.”

According to Count Leader Jerry Britten, the combined results from the 15 areas resulted in 161 different species being tallied. This exceeded their 25-year record of 160 in 1997 and well above the running average of 149. The total also significantly outperformed 2019 when only 141 species were seen.
“Although we had fewer eyes on each route,” said Britten, “We had access to the remaining active part of the Concord Naval Weapons Station after a couple of years of not being allowed in the area. Access to this extensive tidal habitat boosted our numbers and species totals. We also spotted species that are rarely seen during our count, such as Red-necked Grebe, Redhead Townsend’s Solitaire, and Rough-legged Hawk, to name a few.”
There are many variables that affect the total number of species counted from year to year. Britten noted that there were more people counting birds at their feeders this year.

Also, some areas that had not been previously covered were censused this year. Donner Canyon has not been birded (birdwatched) on the count in many years and Sharp-shinned Hawk and House Wren were found there. Britten found Canyon Wren and Townsend’s Solitaire by birding areas of western Black Diamond and Black Diamond Trail, not normally surveyed.
Could the shut-down have helped our feathered friends this year? It is hard to say. But maybe, just maybe, that softer singing gave those male White-crowned sparrows the broader exposure to a female ready to lay her clutch of eggs.

Old Borges Ranch, located at 1035 Castle Rock Road in Walnut Creek, is one of the City’s natural gems. In addition to a variety of birdlife, the property retains original structures such as the farmhouse, a blacksmith shop, horse and cow barns, and corrals. The ranch area can be viewed daily from 7:00am to sunset.