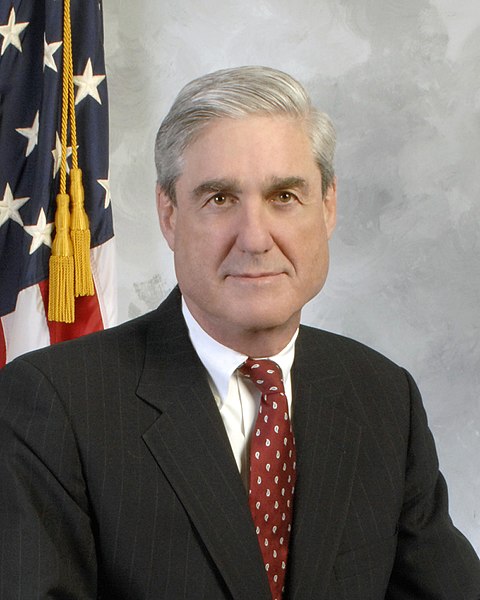 In previous issues (July 2019 & August 2019) I summarized the first two parts of the Mueller Report dealing with Russian interference in the 2016 Presidential election, and interactions between the Russians and the Trump campaign (the so-called “collusion” part).   In this submission, I summarize the final part of the report concerning efforts by Trump and others to interfere with the Mueller investigation (the so-called “obstruction” part).

In the Introduction to this part of the report, Mueller explained that he did not reach a conclusion whether Trump should be prosecuted for a crime because (1) the Office of Legal Counsel had issued an opinion that sitting Presidents cannot be indicted or criminally prosecuted; (2) that a federal criminal accusation would place burdens on the President’s capacity to govern; and (3) that such an accusation might preempt impeachment proceedings. However, Mueller explained that an investigation was still appropriate because Trump could still be prosecuted after he left office and because individuals other than Trump could be prosecuted for obstruction offenses.  Mueller stated that “we conducted a thorough factual investigation in order to preserve the evidence when memories were fresh and documentary materials were still available.”  The report notes that Trump refused to be interviewed as part of the investigation and though he answered some written questions about Russia he refused to answer any written questions about obstruction.

The Introduction concludes with these words: “If we had confidence after a thorough investigation of the facts that the President clearly did not commit obstruction of justice, we would so state. Based on the facts and the applicable legal standards, however, we were unable to reach that judgment. The evidence we obtained about the President’s actions and intent present difficult issues that prevent us from conclusively determining that no criminal conduct occurred.  Accordingly, while this report does not conclude that the President committed a crime, it also does not exonerate him.”

Trump’s National Security Advisor, Michael Flynn falsely denied that he had discussed with the Russian Ambassador to the United States (Kislyak) Russian’s response to the sanctions Obama had imposed on the Russians.  One day after Trump was told about Flynn’s lies, he called FBI Director James Comey to a private dinner at the White House and told Comey he needed loyalty. The day after Trump fired Flynn, he told an advisor: “Now that we fired Flynn, the Russia thing is over.” The advisor disagreed and told Trump the investigations would continue.  Later that afternoon, Trump cleared the oval office to have a one-on-one meeting with Comey. He told Comey: “I hope you can see your way clear to letting this go, to letting Flynn go. He is a good guy. I hope you can let this go.”  Shortly after this meeting Trump requested Deputy National Security Advisor K.T. McFarland to draft an internal letter stating that Trump had not directed Flynn to discuss sanctions with Kislyak.  She refused to draft the letter because she did not know if it was true.

When Attorney General Jeff Sessions began to assess whether to recuse himself from the investigations, Trump told White House Counsel Donald McGahn to stop Sessions from recusing. When Sessions did recuse himself, Trump was angry and stated that he should have an Attorney General who would protect him. Trump reached out to the Director of National Intelligence and the leaders of the CIA and National Security Agency asking them to publicly dispel the suggestion that he had any connection to the Russian interference.  Trump twice called Comey even though Attorney McGahn had advised against any direct contacts with the Department of Justice.

Days after Comey testified before Congress, Trump decided to fire Comey.  The day of the firing the White House maintained that Comey had been fired based on recommendations from the Attorney General and Deputy Attorney General that he should be discharged for mishandling the Clinton email investigation.  However, Trump had already decided to fire Comey before hearing from the Department of Justice.  In a television interview, Trump admitted that he fired Comey because of “this thing with Trump and Russia.”

A couple days later, Trump met one-on-one in the Oval Office with Corey Lewandowski (his former campaign manager) and told him to deliver a message to Sessions to publicly announce that the Russian investigation was very unfair to the President, that the President had done nothing wrong, and that he would ask the Special Counsel to only investigate future elections. One month later, Trump asked Lewandowski if he had delivered the message to Sessions. Lewandowski said it would be delivered soon.  Lewandowski then asked another official to deliver the message, but the message was never delivered to Sessions because neither Lewandowski nor this other official felt comfortable delivering it.

After the media began reporting about a meeting at Trump Tower with campaign officials (including Trump Jr.) and a Russian lawyer, Trump directed aides to not publicly disclose emails setting up the meeting.  Trump edited a press statement for his son Donald Jr. by deleting a line that acknowledged that the meeting was with an individual who might have information helpful to the campaign. The edited press release said only that the meeting was about adoption of Russian children. When the press began asking about Trump’s role in his son’s press release, the President’s personal lawyer repeatedly denied that the president had played any role.

When Michael Flynn began cooperating with the government, Trumps’ personal lawyer left a message for Flynn’s lawyers reminding them of the President’s warm feelings towards Flynn, which “still remains,” and asked for a heads up if Flynn “knew information that implicates the President.”  When Flynn’s counsel responded that Flynn could not share information, the President’s counsel responded that he would make sure that Trump knew that Flynn’s actions reflected “hostility” towards the President.  While the jury was deliberating in Manafort’s criminal trial, Trump praised Manafort in public calling him a brave man for failing to break.  He said that “flipping” “almost ought to be outlawed.”

Regarding Michael Cohen, Trump’s conduct changed from praising him to castigating him when he became a cooperating witness. Cohen had pursued the Trump Tower Moscow project for Trump and provided false testimony to Congress about the project.  Prior to testifying, Cohen had met with the President’s personal counsel to prepare – he was told to “stay on message” and to not contradict the President. When the FBI searched Cohen’s home, Trump publicly asserted that Cohen would not “flip.” Trump told Cohen to “stay strong” and they discussed pardons. After Cohen began cooperating with the government, Trump publicly criticized him, calling him a “rat” and suggesting that his family members had committed crimes. This part of the Mueller report concludes with these words:  “Although the series of events we investigated involved discrete acts, the overall pattern of the President’s conduct towards the investigation can shed light on the nature of the President’s acts and the inferences that can be drawn about his intent.  In particular, the actions we investigated can be divided into two phases, reflecting a possible shift in the President’s motives.  The first phase covered the period from the President’s first interactions with Comey through the president’s firing of Comey. During that time, the president had been told repeatedly that he was not personally under investigation. Soon after the firing of Comey and the appointment of the Special Counsel, however, the President became aware that his own conduct was being investigated in an obstruction-of-justice inquiry. At that point, the President engaged in a second phase of conduct involving public attacks on the investigation, non-public efforts to control it, and efforts in both public and private to encourage witnesses not to cooperate with