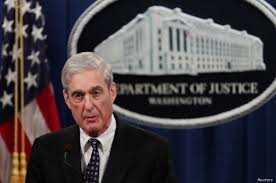 by Douglas A. Prutton, Attorney

What seems to have gotten lost in the political quarrel over whether President Trump and his campaign “colluded” with the Russians, is the extent to which the Russians interfered with the 2016 presidential election. The first part of the Mueller report addresses this issue, and Mr. Mueller in his only press conference regarding the report stressed that the American public should examine this part of the report and be very concerned about what happened and what likely will happen again. I have studied this part of the report and provide the following summary for those who have not.
The Russians interfered with the 2016 presidential election in two basic ways. First, a Russian organization with ties to Putin, entitled the Internet Research Agency (IRA), conducted a massive social media campaign designed to inflame and influence Americans. Second, the Russian government hacked into computers and email accounts of the Hillary Clinton campaign and the democratic party, and then released to the public (dumped) thousands of illegally obtained private and sensitive documents to discredit Clinton and support Trump.
Regarding the social media campaign, the IRA, formed and funded by a wealthy Russian oligarch (Mr. Prigozhin) in St. Petersburg, Russia, began in 2014 with the objective of “sowing discord in the U.S. political system.” As time went by, the focus turned to supporting certain presidential candidates, including Trump and Bernie Sanders, but particularly to harming Hillary Clinton. The IRA had “dozens” of specialists who set up and maintained individual and group social media accounts on Facebook, Twitter, Instagram, You Tube, and Tumblr. The specialists set up individual accounts using fictitious U.S. persons and group accounts claiming to be U.S. activist organizations. The group accounts they set-up included, for example, “Being Patriotic,” “Stop All Immigrants,” “Secured Borders,” “Don’t Shoot Us,” and “United Muslims of America.”
The reach of these IRA social media accounts was staggering. “Being Patriotic” grew to about 300,000 followers, “Don’t Shoot Us,” 250,0000 followers, and “United Muslims of America” 300,000 followers. Twitter identified 3,814 IRA-controlled accounts with tens of thousands of followers and estimated that 1.4 million people had been in contact with these accounts in the 10 weeks before the election. These accounts released 176,000 tweets during this period. Facebook identified 470 IRA-controlled accounts that made about 80,000 posts between January 2015 and August 2017. Facebook estimated that the IRA reached up to 126 million (126 million!) people through these IRA Facebook accounts.
The IRA “specialists,” also bought over 3,500 political advertisements on Facebook either favoring Trump or opposing Clinton and promoted and organized political rallies posing as U.S. grassroots organizations. The IRA would target and recruit U.S. persons who were followers on their accounts to organize and attend the rallies. The IRA would advise the media about the rallies and provide the contact information of the U.S. event coordinator, and then would post videos and photos of the events thereafter. These rallies were held in places like Florida, New York and Pennsylvania, one of the earliest being a “confederate rally” in January 2015.
Regarding the Russian hacking and dumping campaign, this also was a massive effort, conducted by a branch of the Russian military called the Russian Federation’s Main Intelligence Directorate of the General Staff (GRU). Beginning in March 2016, the GRU hacked the computers and email accounts of organizations, employees and volunteers supporting the Clinton campaign (including the email account of her campaign chairman John Podesta), and hacked into the computer networks of the Democratic Congressional Campaign Committee (DCCC) and the Democratic National Committee (DNC), and stole hundreds of thousands of documents in the process. The documents included, for example, fundraising data, internal strategy documents, opposition research regarding Trump, analyses of particular congressional races, and private financial and identifying information. The GRU also hacked into the computer networks of state boards of elections, secretaries of state, county governments, and U.S. companies that supplied software and other technology related to the administration of U.S. elections.
The GRU released (dumped) the stolen documents initially through two fictitious online personas it created, DCLeaks and Guccifer 2.0. Later, the dumps were made through Julian Assange (who was holed up in the Ecuadorian embassy in London) and his company Wikileaks. The dumps were designed and timed to interfere with the presidential election and to undermine the Clinton campaign. For example, less than one hour after the infamous Access Hollywood video became public (where Trump was recorded bragging about his prowess with women and grabbing them by the …) Wikileaks released the first set of emails stolen from John Podesta’s account. Other releases were organized around thematic issues, such as specific states, like Florida and Pennsylvania, that were perceived as competitive.
And there you have it – a summary of Russian interference in the U.S. Presidential election of 2016. I know this is not a legal article per se, but what the Russians did cuts to the core of our Democracy.