My Dinner with a Star Wars Ewok 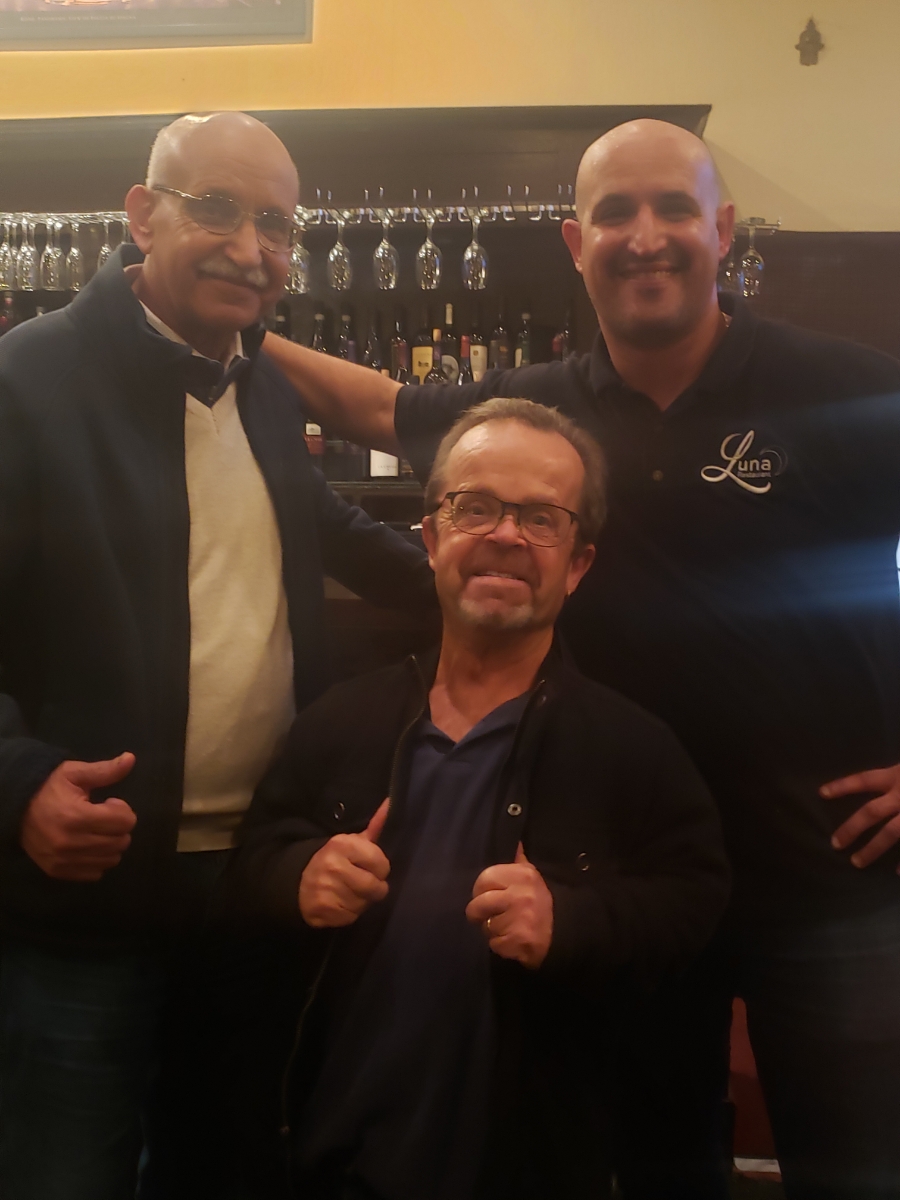 One of the most memorable characters of the Star Wars saga were the Ewoks, the adorable fighting teddy bears in “Return of the Jedi”.
Being a devout Star Wars fan back in the day, and maybe still today, I was thrilled to meet up and have dinner with an Ewok in downtown Concord.

American actor Kevin Thompson was in town as one of the featured stars at the Mouse-con event at the Concord Plaza Hotel. At 4 foot 5 inches, Thompson is the biggest star I have ever had the privilege to take to dinner. It so happens that Thompson was a childhood playmate of my neighbor who ironically towers at 6 foot 3 inches. The three of us wined and dined at Lunas Restaurant while we discussed his book “My Journey to Endor”, which was co-written by his wife, Tracey McCoy Thompson.

Not much is known about Ewoks until now, thanks to Thompson‘s book. He was an Ewok stuntman. You saw him swinging on vines, battling Storm Troopers, and dodging or succumbing to explosions.

Ewoks in Star Wars were named after the Native American Bay Area Miwok tribe. The Miwok’s lived in the redwood forest that is the setting for the Endor scenes on “Return of the Jedi.”

While most Ewoks were extras of children and little people, Thompson was one of five actors who did all the stunts in the forest. He attributes this opportunity to his wrestling and gymnastics days growing up.
Thompson is a fabulous storyteller, and the book walks you through his entire journey from the secretive audition to all the difficult stunts, some dangerous.

They were difficult because the Ewok costumes were hot, stuffed with foam padding so much so that it took a crew to put them on and take them off the actors. But even more uncomfortable, all stunts had to be done blind, as they could not see out of the heads. Naturally, that sets up for some very amusing chapters of stunt production fails, falls, and triumphs.

In the process of learning the life of an Ewok actor, you will also learn many of the production techniques in the making of the movie. Days are spent on stunts to capture a few seconds of movie magic. It’s a bit like discovering the secret of a magician’s trick.

There is no doubt that after reading this book you will be inclined to re-watch “Return of the Jedi” but with the knowledge of what went on behind the scenes.

One of the topics we discussed at dinner was the decline of the use of little people in the movie industry. Now producers are resorting to using computer-generated imagery (CGI) to “shrink” actors into little people. Not one dwarf was hired for the upcoming movie Snow White.

One fascinating tidbit I learned, because Thompson was a stuntman and not an extra, he fortunately was able to negotiate royalties in his contract with George Lucas.

“My Journey to Endor” is a fun read, full of amusing anecdotes, and a wonderful keepsake for any Star Wars fan. And, oh look, it’s the holidays.

6 Reason Why March Was Madness

Publisher – My Back To School Swiss Army Knife