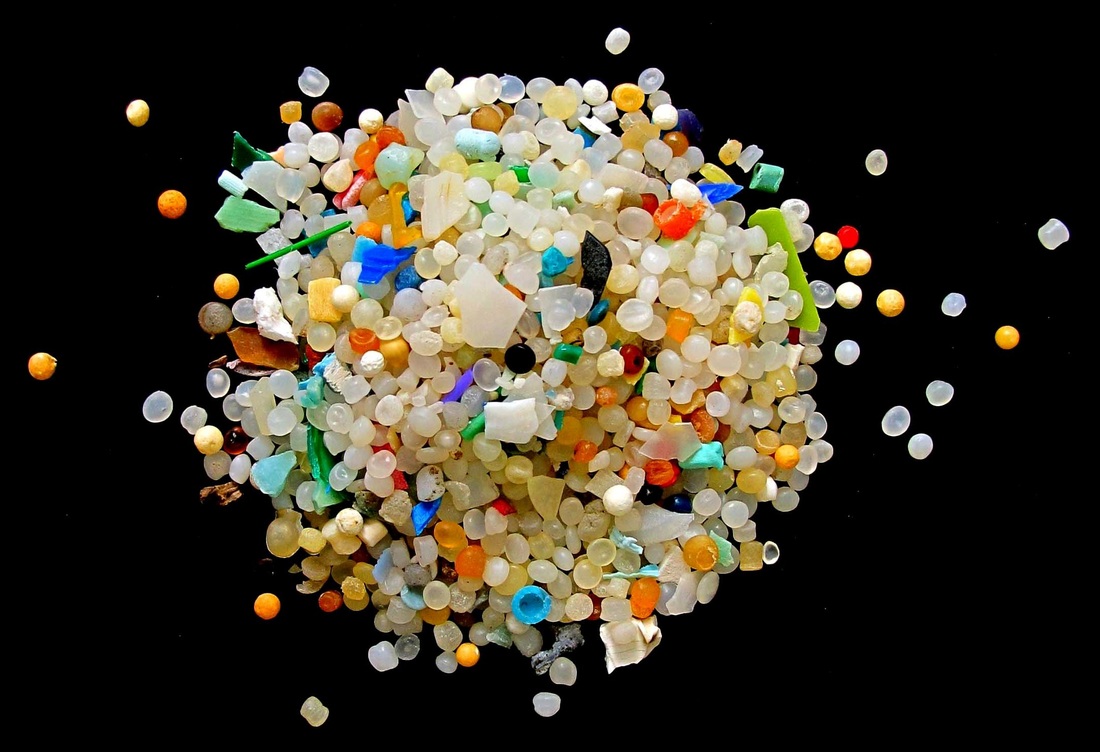 Steps You Can Take to Protect Rivers, Oceans

Haunting images of gulls and seals with their necks trapped in plastic six-pack rings and turtles with straws stuck up their noses have increased public awareness of the hazards of plastic trash in our oceans. Much fewer people are aware of the impact of microplastics on sea and river creatures. Microplastics are tiny fragments of plastic that are less than five millimeters (about the size of a grain of rice) or smaller. These fragments of plastics are everywhere—in table sea salt, in fish and shellfish, in detergent and personal care products. Their widespread distribution is particularly troubling because plastic can take up to 1,000 years to degrade.
A 2018 study published in Scientific American confirmed that people are inadvertently eating these tiny particles. These barely visible plastics come from many sources – abrasive beads in cosmetics and toothpaste, fibers from synthetic clothing, and deteriorated plastic trash such as discarded water bottles, plastic grocery bags, and food wrappers. Several studies of nearshore sediments have found that in the United States, the most prevalent type of microplastic are fibers and fragments from clothing.
While studies need to be performed to better understand the implications of microplastic ingestion on human health, these plastic fragments are clearly causing harm to sea creatures. From zooplankton to corals to worms to fish, scientific studies have shown that microplastics are ingested and retained in the tissues of these in ocean creatures. One study on sea cucumbers found that these animals were preferentially selecting microplastics over their normal food.
Heather Loso, an environmental risk assessor who presented on the toxicological impacts of microplastics during the National Society of Toxicology and Chemistry meeting last November in Sacramento, found that some species are more prone to be harmed by plastics.
“Recent studies on microplastics found that exposure to certain plastic polymers caused toxic effects in fish and shellfish,” says Loso. “Examples of these effects include reduced reproductive success and abnormal development in certain species of aquatic organisms.”
Although cleaning up the rice-sized or smaller pellets currently in our ocean sediments is mind-boggling and probably impossible, there are steps we can take now to prevent further release of microplastics into our rivers and oceans.
A large amount of microplastics comes from laundering synthetic clothing. One simple solution is to buy 100% cotton or wool clothing. The more synthetic clothes are agitated in the washer, the more they are likely to shed microfibers. The best way to preserve your clothes and reduce microplastic release into our waterways is to only wash a full load, use a liquid laundry soap, not an abrasive powder, and avoid oxidizers. Cold water wash and shorter wash cycles are also recommended.

Commercial products such as the Cora Ball (which simulates the filtering mechanisms of coral) can be placed in washing machines to trap the microfibers. Manufacturers of the Cora Ball report that if 10% of US households used it, the equivalent of 30 million water bottles could be kept out of our waterways. A clothing bag similar to a lingerie bag (such as Guppy Friend) could prevent the release of clothing fibers into the washing machine.
Because larger plastic items degrade to microplastics, reducing and recycling plastic waste is also likely to reduce microplastic releases. To that end, consumers can bring reusable shopping bags to the grocery store (in many cities you will also avoid paying for a bag—a bonus). Commercial reusable produce bags can also be purchased. Consumers can reduce plastic waste by buying a reusable straw which can easily be carried around in a toothbrush holder and rinsed out at home. Beeswax-covered cloth (available in Trader Joe’s) can be used to cover food instead of sandwich bags. When purchasing products watch for the “Look for the Zero” label or go to www.beatthemicrobead.org for a list of products that contain microplastics.
Recycle, recycle, recycle! Most people are aware that water bottles can be recycled. Most grocery stores such as Safeway and Whole Foods have a bin out front to drop off clean plastic bags for recycling. A few trash services may allow clean plastic film curbside recycling (bread plastic bags, clean sandwich bags, etc.). The small loose plastic film must be secured and sealed in a larger plastic bag. To learn more about plastic film recycling option, go to plasticrecycling.org or plasticfilmrecycling.org.
Whether or not microplastics are ultimately determined not to be harmful to people, we owe it to future generations and the ocean creatures that share our planet to do our best to reduce our “plastic footprint.”

Jill Hedgecock is an author and an environmental consultant with a master’s degree in Environmental Management. She regularly speaks to the public on various environmental issues. www.jillhedgecock.com