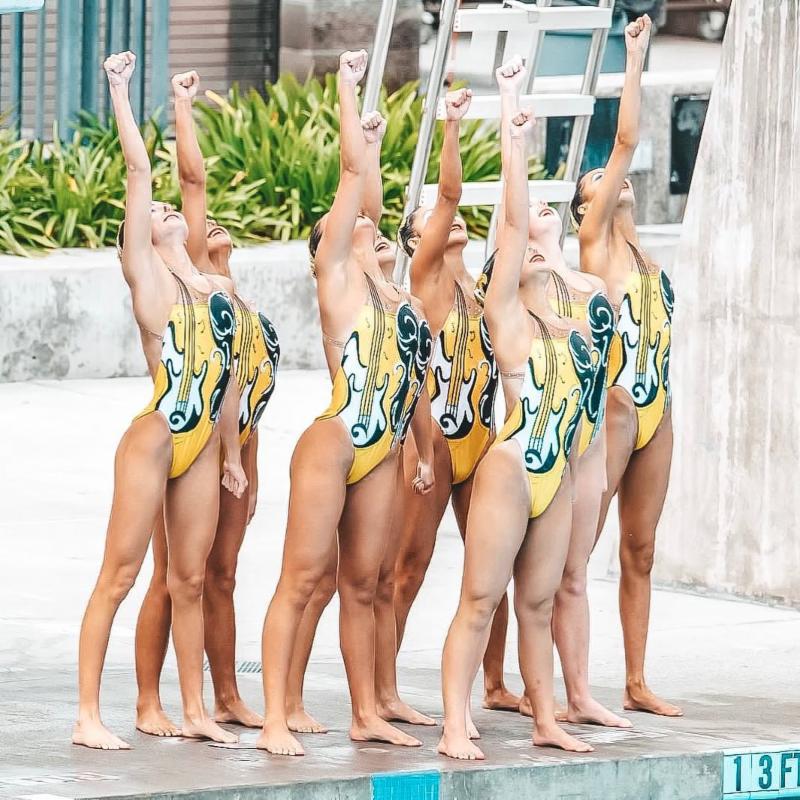 The Walnut Creek Aquanuts (WCA) synchronized swim team had an exceptional showing at the U.S. Junior and 13-15 National Championships April 10-14 in Riverside, CA winning five Gold medals and the High Point Award.
Last year, the Aquanuts came home without a single gold.
U.S. Nationals is the most prestigious National event in the sport of synchronized swimming for the Jr. and 13-15 age groups.
In addition to the teams’ success, coach and Olympic Gold Medalist Tammy McGregor also won the Junior Coach of the Year Award. She has coached most of this year’s Junior team for the past four years, coaching soloist and graduating senior Ava Jih-Schiff of Danville for over six years.
“In her 10-year career, Ava had never won a national gold medal until now,” said McGregor. “This year, her last with WCA, she won a medal of every color. It was the perfect ending.”
For the Juniors, the team won its first gold medal for WCA in the Free Combination event. WCA took home gold with their precise and energized “Rock vs Classical” routine. Flier Heather Ding wowed the crowd with lifts topping eight feet off the pool surface.
“We kept doing more and more and more to prepare, and finally this year it was enough for gold. Everyone did a great job and you could tell the athletes were ‘all in’,” beamed McGregor.
The momentum continued into the Junior Solo event where Yara Elian topped the podium with gold, Ava Jih-Schiff took the bronze swimming one of her solo routines to “Last Dance”, and Marlena King took fourth nationally.
In Junior Duets, Miko Begossi partnered with Jih-Schiff to take the silver medal. Ryan Lewis and Ariana Stanton took sixth place nationally.
In the 13-15 events, Kristen Smidstra coached her athletes to gold in both the Team and Free Combination events. A Team has eight swimmers and Free Combination uses ten swimmers.
The WCA B team, coached by Robin McKinley, also made the finals placing seventh in the Team event.
All three 13-15 Duets made it into the finals. Joanna Liu and Dalia Ovadia placed fifth, Emma Moore and Miya Yamamoto placed sixth and Atira O’neil and Megan Kerner took seventh place in the country.
Former gymnast Alexis McCracken of Walnut Creek placed fifth in the Solo event. “Since the addition of the 13-15 age group to this National meet in 2014, WCA hasn’t won gold until this year. The girls put in a tremendous amount of hard work for this outcome,” said Coach Smidstra.
Three Aquanuts, Atira O’Neil, Megan Kerner, and Alexis McKracken, were placed on the 13-15 National Team and will represent the US internationally this summer at the Youth World Games in Slovakia.
If you’ve never seen Walnut Creek Aquanuts world class performance, you may consider attending “Symphonic Synchro” on May 11th 4-7 pm at Clarke Memorial Swim Center. See WCA’s competition routines and an exhibition by the U.S. National Team. Experience piano music poolside by Maestro Gregory Taboloff on a Steinway concert grand piano as well as a string ensemble performance by Play Youth Orchestra. $25 for General Admission; Kids under 5 are Free. For more information: www.aquanuts.org 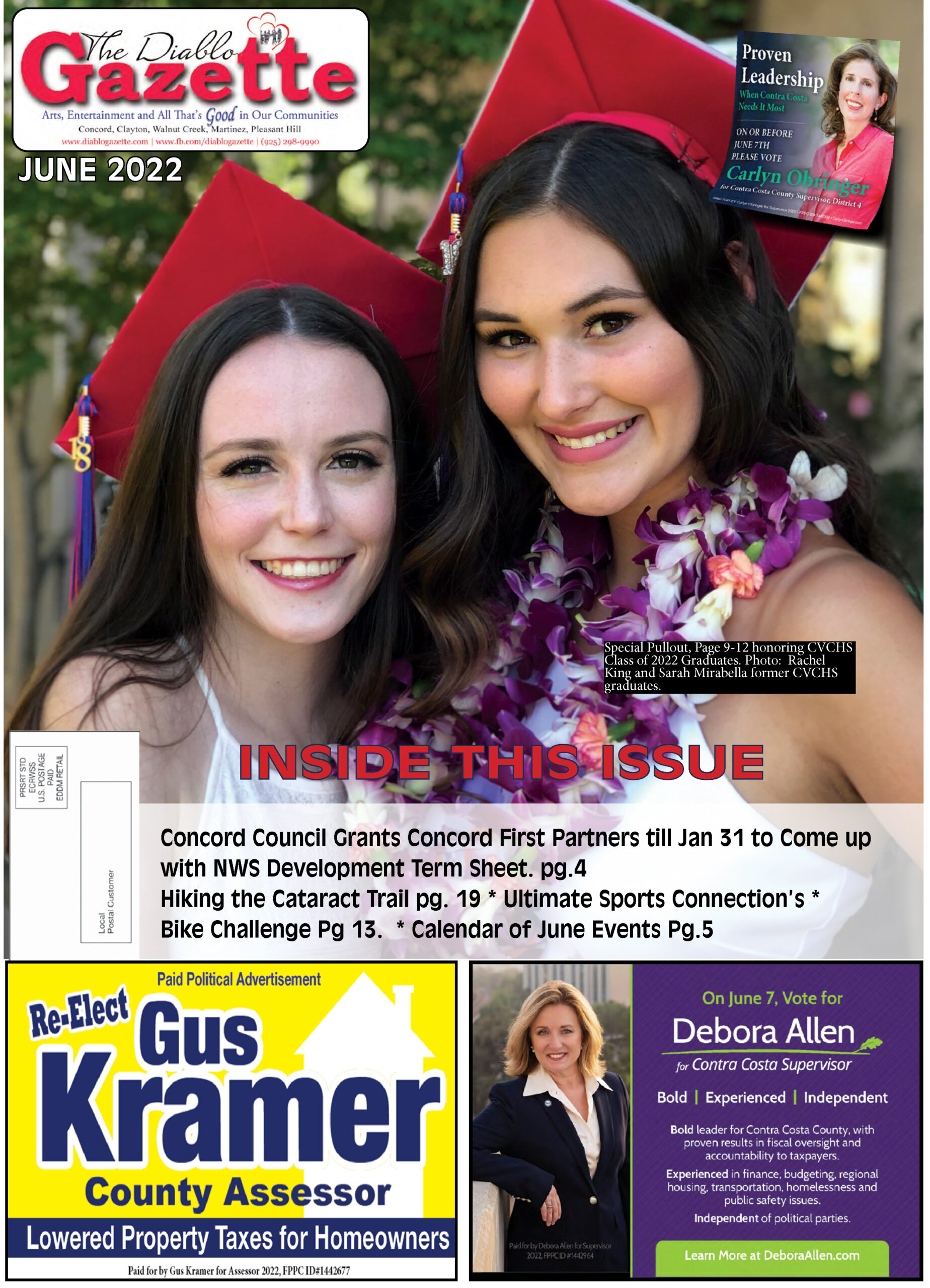