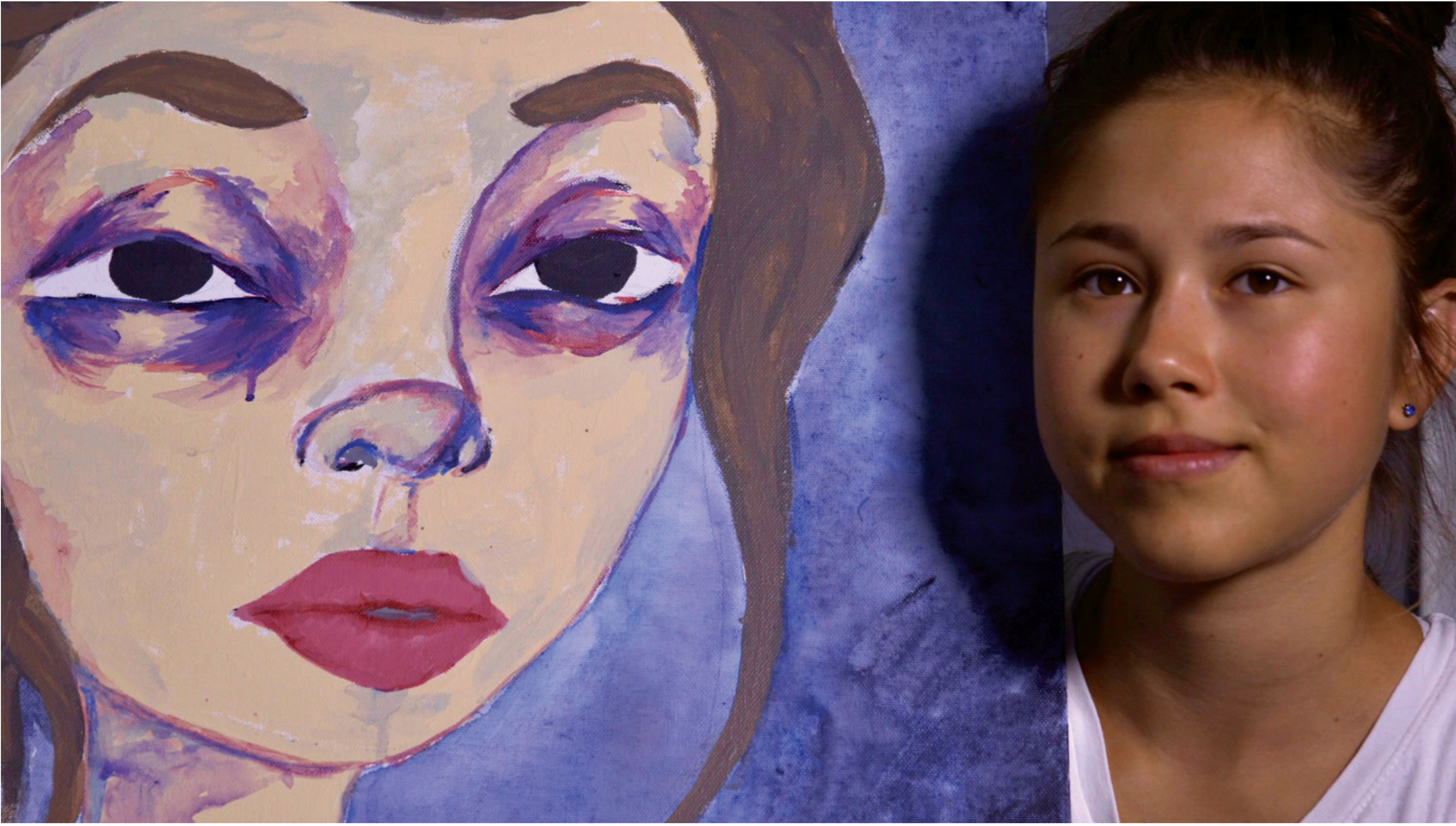 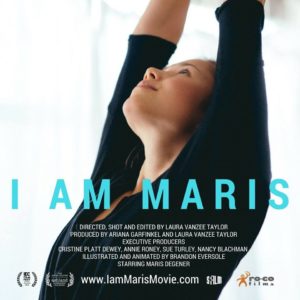 Maris Degener, Concord, is not an ordinary 20-year-old. At 13 she was hospitalized with life-threatening anorexia. Today, she is a sensation who has grabbed the attention of thousands who suffer or suffered from mental health issues including depression, anxiety, and eating disorders. She has become an inspiration, a voice of positivity, a mentor whose star keeps rising. 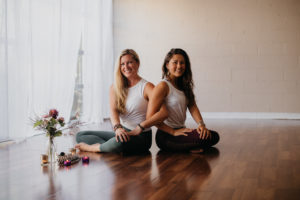 We first told her story two years ago, (“Yoga Saved My Life”, Diablo Gazette, September 2016) shortly after she had graduated from Clayton Valley Charter High and was already making waves in the media. At 17, she was an established Yoga instructor. Degener was an extremely articulate teenager who spoke with incredible authenticity and maturity. Even then, she had accomplished notoriety that most of us won’t achieve in a lifetime. Not because of her illness, but because through her recovery process she has summoned the self-awareness and inner strength to overcome it and pave an enlightened drive to succeed at life; she had become an inspiration.
To bring you up to speed, at age 13, Maris was hospitalized with life-threatening anorexia. While recovering, and on bed rest, she begged her doctor to let her be active. They agreed that Yoga would be a gentle enough form of exercise during her rehabilitation. She answered an ad for a Yoga class and fortunately, she connected with Yoga.
“Something clicked. I was able to make the connection between what was going on in my head and my body,” says Degener. “Yoga gave me more awareness.” Then Maris began blogging, expressing her most intimate emotions.
Her blog writings are savvy and mature beyond her years, loaded with life lessons, wisdom, and naked honesty. Thanks to an alert online CNN reporter Ashley Strickland who first reported Degener’s story, it has spread on websites and blogs across the globe. CNN.com, Kids Yoga Daily, Seventeen, Girl’s Life Magazine, AboutfaceGPA, sweat.com, essentialkids.com.au (Australia), and on several Radio podcasts, to name a few of the publishers who have covered Degener’s remarkable story of enlightenment. She won the top award at Clayton Valley and delivered the graduation address. She’s been on the cover of CNN Health, spoken to hundreds of audiences through podcasts and school guest presentations, and been a keynote speaker at the Women’s Strength Summit. 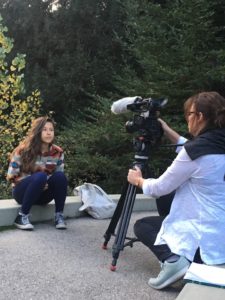 Degener is currently in her third year at UC Santa Cruz studying Psychology and Social Justice. Her life story is now being shared on the big screen. Yes, Maris made a movie. The documentary, “I am Maris” is being met with great success. “We’ve had great festival screenings at the Ashland Independent Film Festival, Kansas City FilmFest, Santa Cruz Film Festival, and Mill Valley Film Festival.”
In “I Am Maris,” director Laura VanZee Taylor looks back through Degener’s anxiety, depression and eating disorder through high school. Taylor told the UCSC campus paper, City On a Hill Press (CHP), that Degener’s paintings on Facebook portraying young women with solemn eyes and saddened faces caught her attention. Taylor then began reading Degener’s blog, yogamaris.net, where she found Degener’s personal testimony of living with mental illness.
“Her writing was so poetic, so beautiful and so honest and vulnerable,” Taylor said. Originally, Taylor told CHP that she was just going to take her artwork and have it animated. But as had happened with so many who have stumbled upon Degener’s story, she became engrossed with its raw honesty.
In the film, Taylor begins by interviewing Degener and her family regarding Degener’s journey of self-acceptance. “I Am Maris” categorizes Degener’s process of recovery into two yoga poses — the child’s resting pose, showing her pain, and the strong spider pose, showing triumph. Throughout the film, Taylor includes Degener practicing yoga while she tells her story of overcoming self-doubt. 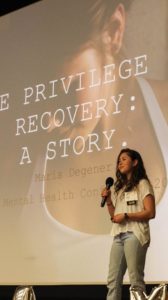 “Not only can someone with a mental illness and an eating disorder survive and heal,” Taylor said, “but that they can really thrive and lead an incredible life and have a huge impact on the world.”
In “I Am Maris,” Taylor reveals Degener’s animated artwork while Degener narrates how she felt in states of anxiety and depression.
“I started picking up on all the things my teachers were really saying,” Degener said in an interview, “about stepping back and really noticing where the thoughts are going and questioning the way your mind twists things.”
She began to love herself again, and rather than causing harm to her body, she healed. Her therapist noticed Degener’s art morph as she recovered. 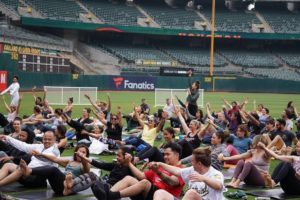 Degener is grateful to everyone who has helped her along the way. “The only message I want to send is this: Talk about your story; share it, write it, sing it, create it. Nothing but opportunity has come from telling my own.” People want to listen, they want to connect. They want to hear who you are.”
In “I Am Maris,” Degener shared her wounds to show we all face struggles. When asked what she sees in her future, she said she will follow wherever this continues to lead her for now. Degener teaches yoga on campus and continues to share her positive message. She makes appearances, paid speaking engagements at schools, churches, and treatment centers, and accompanies private screenings of her film. She is not an ordinary 20-year-old.