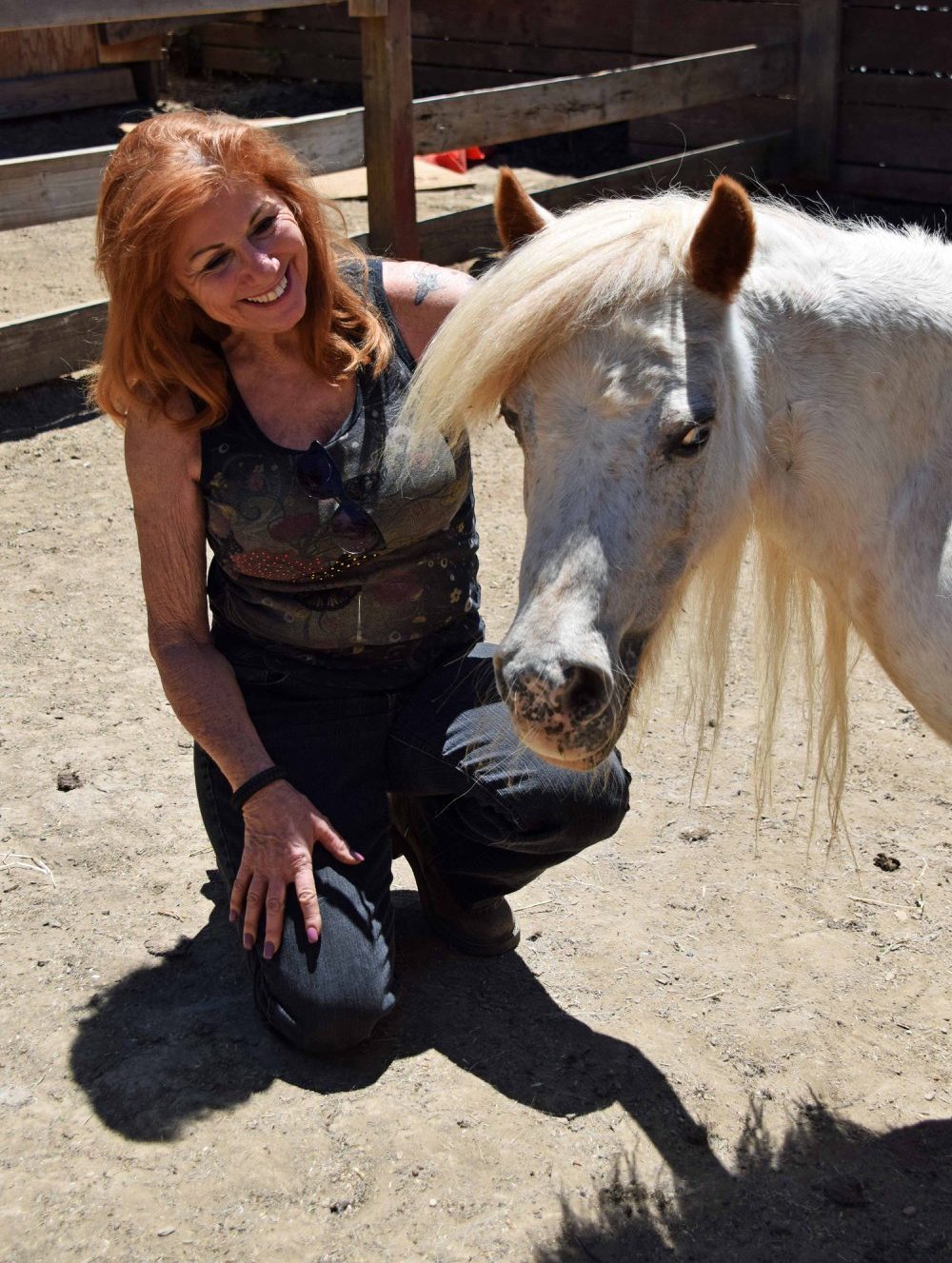 Since its inception on January 1st, 2013, Walnut-Creek’s Angels for Minis has found homes for 382 miniature horses due to the dedication of founder, Mary Stewart. Stewart and her group of committed volunteers rescue unwanted minis from neglect, animal auction houses, or from people who can no longer care for them. Mini horses live 35 to 40 years, which means the

horses can outlive their owners. Angels for Minis is one of four major mini-only rescue organizations in the United States.

The miniature horse breed was primarily created to pull mining carts, but their popularity spread, and now they are kept as pets, for show exhibitions, and are often used as royal gifts. Although the first mention of a small horse being imported into the United States was in 1888, research shows little public awareness of true miniatures until 1960. Popular belief is that American miniature horses were developed from the bloodlines of 19th century English and Dutch mining horses brought into this country for use in Appalachian coal mines. However,  Shetland ponies appear in the pedigrees of some American miniatures. In the past decade, several breeders have imported miniature horses from England, Holland, Belgium, and West Germany, while others have selectively bred miniatures from larger horse breeds.

Minis often come to rescue afraid of people, so Stewart has developed a number of different approaches to rehabilitate these sensitive and resilient animals. From Reiki—a healing technique based on the principle that the therapist can channel energy into the patient by means of touch—to massage and chiropractic treatments, she zeros in on the best treatment for each horse. Music therapy is another method she uses, with orchestra bands being a favorite of the horses. Interestingly, these special creatures often develop trust more quickly with teens and people with special needs.

During my visit to this facility, every volunteer said that working with the horses was therapeutic for both them and the horses. Their love for the horses was apparent as Pat Van Horn nuzzled up to Doris with her glamorous mane, Jill Brunker interacted with playful 4-year-old Jasper, and Cindy Gorman fawned over a group of three bonded minis. Volunteer Sandra Mangrum is in it for the long haul. Her goal is to set up a rescue organization to train mini horses as therapy animals for the court system. Even Stewart showered handsome Sparky with kisses. Mini horses are equivalent to standard equines in every way except size. They are distinct from ponies, which have thicker coats, manes and tails, and are proportioned differently. Miniatures were not bred to be ridden. Their spines are not designed to carry weight, rather they are built for pulling heavy carts. Some minis are bred for dwarfism which often leads to health issues, such as parrot mouth, a condition where their teeth don’t connect properly. These horses must be fed a special diet. While these mini horses frequently come into rescue suffering from malnutrition, others come in overweight. Many suffer from hoof problems and parasites.

Victoria, a beautiful red mini that had been confined for too long in an undersized stall, couldn’t bend her rear legs, nor rise by herself after lying down.  Victoria can run again thanks to an unconventional surgery performed on one of her hind legs. A second surgery is scheduled for her other rear leg.  Regardless of their afflictions, all horses are brought back to health before being offered for adoption. Because minis are herd animals, Stewart only adopts the horses in pairs, and bonded animals must be placed together.

In late June, 20 new horses arrived from Texas, Washington state, and southern California, each needing care. The average rescued horse costs about $1,100 to ready them for adoption. Because the adoption fee is $550, the Rescue must make up the difference through donations.

Angels for Minis are also active in community outreach and education. The Angels for Minis rescue will once again participate in the Martinez 4th of July parade. Last year, they won the Mayor’s Choice Award.

Angels for Minis Miniature Horse Rescue is a 501(c)3 non-profit dedicated to the well-being of this unique breed. Their goal is to rescue, rehabilitate and rehome the abused, neglected or unwanted minis that are innocent victims of circumstances. There are several ways to help other minis like Victoria. To make a cash donation, go to

http://www.angelsforminis.com/Donate.html.  To donate veterinary or other supplies, visit their Wishlist on Amazon https://www.amazon.com/gp/registry/wishlist/2WPCNS2LNFJG5. To volunteer, contact mary@angelsforminis@att.net.