Elephant Seals: Back from the Brink of Extinction 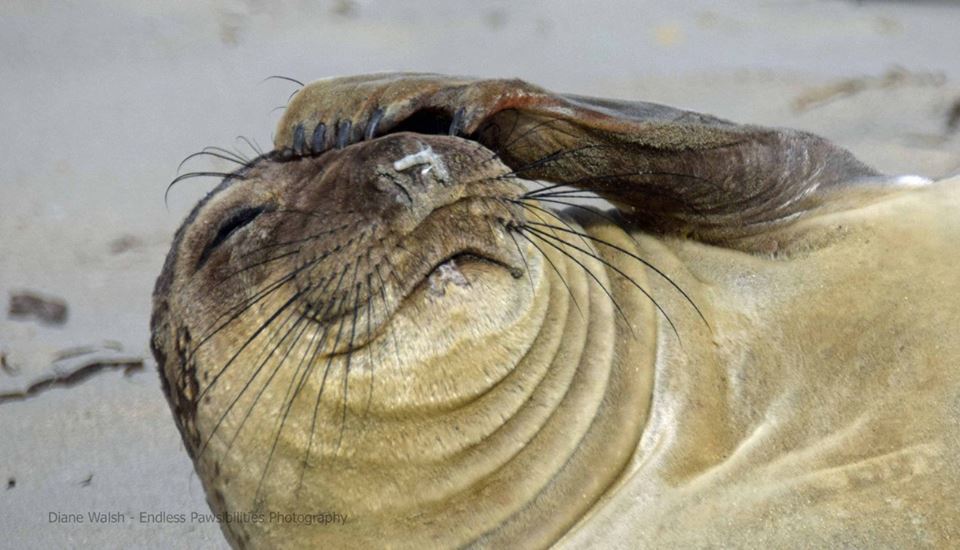 Between December and March, a spectacular event happens at Point Reyes National Seashore (PRNS). An ever-growing herd of adult northern elephant seals, Mirounga angustirostris, descends to breed on the PRNS shorelines. These animals were hunted to near extinction by the end of the 19th century for their blubber that was used for lamp oil.  So the return of these massive creatures to abundance is a relatively recent phenomenon.

Elephant seals reappeared on the sandy Point Reyes headlands in the early 1970s. In 1981, the first breeding pair was discovered near Chimney Rock. Every year since then, the population has expanded. According to Sarah Codde, a marine ecologist in charge of PRNS’ Inventory & Monitoring Program, because of the legal protections placed on the seals by both the U.S. and Mexico, their numbers have surpassed historical peaks. The monitoring program involves documenting population changes, pup survival, and migrations.

“Over the last two years, northern elephant seals born farther south have been migrating northward. No one knows why,” Codde says.

Adult northern elephant seals can spend eight or more months of the year in the open ocean with the females and males occupying separate feeding grounds.

To breed, the males must travel between 6,000 and 7,000 miles to unite with the females in their breeding territory. When they are out on the open ocean, males dive for food at depths up to 5,800 feet and hold their breath for up to two hours.  But both males and females fast during the mating season.

“The dual lifestyle of elephant seals on land and sea is amazing,” Codde says. 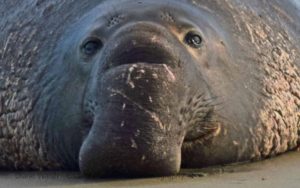 Elephant seals are named after the male’s sack-like appendage known as a proboscis.  This feature plays an important role during the breeding season. Expanding the proboscis enables an elephant seal to amplify vocalizations that can be heard several miles away. One unusual call resembles the noise of water glugging down an unclogged drain. Males begin developing their distinctive bulbous nose at around five years, which are fully formed in about three years. With an expected life span of 12 years, males have a few years of full maturity. This contrasts with females that can live up to 18 years and birth pups until late in life.

While elephant seals can be seen year-round at PRNS, males and females return to molt at different times and elephant seal pups can remain for extended periods. February is an ideal time to make the approximately one-and-a-half hour drive from the East Bay to see nature in action. Codde says that watching the behavior of the seals during the breeding season is her favorite activity.

“It’s almost like watching a soap opera,” Codde says, “as I observe the males fight or as I read the flipper tracking tags to see which seals have migrated to a new colony.”

This is the time of year at Chimney Rock Trail overlook (a scenic 1.8 mile hike round-trip) when elephant seal mothers can be observed nursing their pups and the dominant bulls fight other males to defend their harems. Docents are often present with spotting scopes, but bring a pair of binoculars, if you can. Although early February is the end of peak whale migration, Pacific gray whales can be observed here, too. 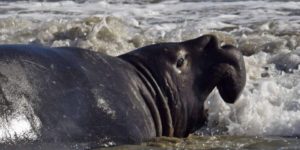 PRNS is one of only about a dozen sites where northern elephant seals breed worldwide. There are four different colonies at PRNS, including a herd that routinely occupies Drake’s Beach where visitors can sometimes get close-up views. However, the beach is closed when pups are present. Keep your distance though. They may appear to be lethargic boulders, but even the males that weigh in at upwards of 4,500 pounds can move quickly. Seals have been known to bite or chase people when surprised or approached too closely. The Marine Mammal Protection Act of 1972 requires on-lookers to stay a minimum of 100 feet away for the animal’s well-being, especially bulls that can be triggered to fight each other when humans come toward them.

We had a great day at Point Reyes.  There were 18 male elephant seals at Drakes Beach and lots of activity.

If you go, road closures usually occur from New Year’s to Easter on weekends and holidays at Sir Francis Drake Boulevard from South Beach to the Lighthouse and Chimney Rock areas.   Taking a shuttle is mandatory during the shuttle operating hours. The $7 shuttle ticket can be purchased at the Kenneth C. Patrick Visitor Center at Drakes Beach between 9:30 am and approximately 3:00 p.m. The last shuttle leaves at 3:30 pm. Check the “Shuttles, Whales, and Elephant Seals” recording at 415-464-5100 for updates on whether shuttles are operating. For Point Reyes elephant seal monitoring updates, visit: https://www.nps.gov/rlc/pacificcoast/elephant-seal-updates.htm 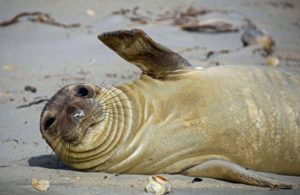 [Jill Hedgecock has a Biological Sciences degree from U.C. Davis and a Masters degree in Environmental Management from the University of San Francisco. www.jillhedgecock.com]