It’s 5:35 am on a spring morning in Concord.  At a time when the roosters have not yet awakened, Rob Comeau is gathering his ingredients to venture over to the El Monte Shopping Center on Clayton Road.  Utilizing the licensed commercial kitchen at Parma Deli, Comeau is preparing his famous scones that most folks believe are the best ever.

Comeau and his wife Tina are the owners of the fledgling company TLC Foods. They are one of many people who hold regular jobs that pay the bills to fund starting a business based on their hobbies. In this case, Rob Comeau, a computer security consultant by profession, is attempting to start an enterprise that one day might become a full-time gig.

Following years of having prepared cakes, pies, tortes, and other goodies for his friends, he was encouraged to go commercial.  Lacking the capital to buy all of the equipment and procure the necessary licenses, Comeau has been using Parma’s facilities as an interim step to ply his trade.

After glazing a batch of scones hot out of the oven, Comeau proudly displays his efforts that have the word “delicious” written all over them.  One hopes that he will soon realize the dream of opening a bakery where others can appreciate his culinary talents.

Parma owner Mary Totah is pleased to work with TLC Foods and other local enterprises.  As a small business, she likes to use vendors from the neighborhood.  In addition to Comeau, the iconic deli stocks the shelves with start-up companies, Vincenza Wines, Cool Beads Ice Cream Bars, and Dog Day Spice rubs. Biota Gardens is a model for home-based enterprises. Kelley Burnham operates from her house on 5th Street in Concord.  She has a plant business that provides vegetable seedlings for home gardeners in the area.  Starting off in 2010 preparing fewer than 1000 tomato plants, Burnham has built up her clientele producing over 3500 plants this year.  Demand has been so great that she no longer conducts her sales at Farmer’s Markets.

A former graphic designer/colorist for concrete floors, Burnham wants to keep the operations of Biota manageable by not getting too big.  In addition to preparing the vegetable seedlings at a makeshift Greenhouse facility on Chestnut Street, Burnham has ventured out to landscape design that utilizes edible perennials that makeup draught resistant-sustainable gardens.

Her handiwork utilizing rain and recycled water has been on display in private gardens and at some schools. In the future, she hopes to continue “flying under the radar and do my thing for all to enjoy.” Erin Schally and her partners at Epidemic Ales have a slightly different perspective.  They Started making beer as a hobby about five years ago, beginning with a 5-gallon pot on their stove.  Eventually, this was upgraded to a 1 BBL (one barrel, 31 gallons) homebrew system.

Soon, they began acquiring additional equipment that in time had taken over their office, garage, and backyard.  When friends and family began requesting more beer, Erin surmised, “we may be on to something.” Eventually, this resulted in starting Epidemic Ales with sister Raina, their husbands, and a couple from Granada.

Locating their business in a 5000-foot warehouse on Mason Circle in North Concord, Epidemic’s beers have unique names ranging from Affliction Amber to Wicked Ailment and Zombrew.  Along with producing several varieties of beer, they also operate a tap room at the brewery which is opened for limited hours Thursday through Sunday.

Eventually, Erin, whose full-time day job is as an Economic Analyst, hopes that their operation will become more successful allowing some of Epidemic’s owners to work full time in the business.  In the meantime, they are struggling to meet the demands for their product which is distributed in over 25 outlets including the Hilton Hotel and Tower Grill in Concord.  http://www.epidemicales.com/ As a dedicated hunter and outdoorsman, Rodriquez and his wife Kerry have been experimenting with making rubs for several years.  After concocting numerous different blends for their friends and neighbors to sample, they began manufacturing limited amounts of product in 2012. They currently do their production in the commercial kitchen of the Concord Police Officers Association (POA) headquarters.

All of Dog Day’s seasonings honor special canine friends including Caro, the famous Police Dog, Maxi the neurotic shepherd, and Jack the Black Lab, to name a few.

They take pride in using high-quality ingredients purchased from the San Francisco Spice Company.  Even though their lines of barbecue rubs are selling briskly, Rodriguez does not think this will turn out to be a full-time occupation until his anticipated retirement from the law enforcement seven years or so from now.

“I enjoy meeting the people from diverse backgrounds.  It is a pleasant change from my profession of being involved with police work,” Rodriguez says.  http://dogdayspicerub.com/

It is often said small businesses are the foundation of capitalistic society. Starting out in kitchens and garages does not take away the luster from this American tradition. In agreement with such an assessment is John Montagh, Concord’s Economic Development & Housing Manager.

“Small businesses are the foundation of a diverse local economy.  The vast majority of Concord’s businesses are small entrepreneurs that decide to open shop and sell a product to the public,” says Montagh.

“From these startups, many long-term enterprises form that creates jobs and revenue for the local economy.  Concord has taken steps to reduce fees and permitting processes so these small businesses can open their doors as soon as possible.”  Montagh added.

As an example of a major success story, he points to Rachel Dunn Chocolates which developed from being a mom and pop operation to become a major employer in Concord.

While not every business is expected to be as successful as them, for those who risk their economic resources and labor to a start-up enterprise, they should be commended for putting so much on the line to fulfill their dreams. Whether it is walking dogs, providing daycare, making wine, or providing any other niche services, such efforts give ample evidence that capitalism is alive and well in the communities we live in. 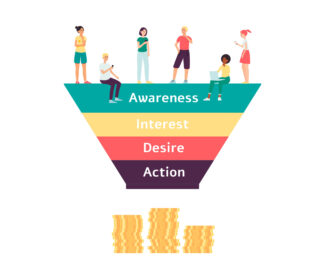 Business Unusual – Use a Marketing Funnel

Calls from IRS, Tech Support – Be Wary of Scams