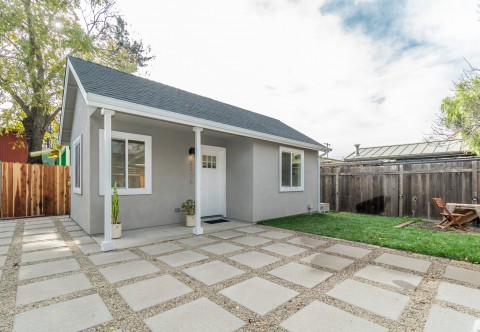 There have been a lot of ADU*-friendly laws passed over the past several years, and the growth of ADU applications, Issued Permits, and Finaled (Completed) construction has been exponential.
Permit activity overall in Concord the past two years has been about 20-30% higher than 2019-20 years and before, but ADU applications are climbing at significantly higher rates according to Concord Planning Division

This is due to State law changes and local efforts to streamline and lower the barrier to new construction.
ADUs may be constructed in the following methods:
1) attached to the primary residence;
2) conversion of interior space within the primary residence (including
attached garages);
3) detached or separate from the primary residence;
4)conversion of an accessory structure or garage.
Recent State ADU Law changes over the past few years provide the following:
Impose restrictions on local jurisdictions’ ability to regulate ADUs by mandating State-wide standards;
Streamline the approval process by requiring a ministerial (i.e., non-discretionary) approval for ADUs that comply with the standards;
Decrease the cost for property owners to establish ADUs by reducing utility and impact fees;
Limit the ability of homeowner associations to restrict the rental or leasing of ADUs by allowing at least 25 percent or more in the development.
Any local ADU regulations that conflict with State law are since rendered null and void and the State ADU Laws mandate local jurisdictions apply State law unless and until the local jurisdiction adopts a compliant ordinance.
To streamline local construction of ADUs, the City of Concord Design Review Board has pre-approved 60 protype plans, each of varying floorplans, elevations, etc, that will expedite the permitting process.
*ADU is an accessory dwelling unit.

How “Days on Market” Affects Your Home Sale

The RIGHT MOVE: Proposition 19 benefits movers 55 and over