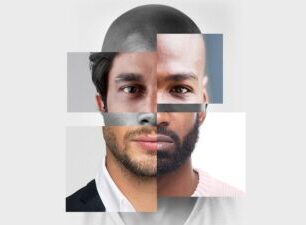 When you hear the term: local races, do you think about election races or the population races? There is an interface between both that can be looked at, but as with everything in both politics and history, the more you examine, the less clear things become. With the increase in what is called ID politics where the racial/ethnic/etc. characteristics are used to simplistically identify an individual is used to garner support in terms of votes, the same thing applies — the closer you get the less clear it is.
For example, a recent effort by one of my colleagues looking at 19 City Councils in Contra Costa County, they were not able to clearly identify all “BI-POC” members, which is the growing term relating to Black, Indigenous, and People of Color that started to become more common in use two years ago with the George Floyd killing. After much research through Google, they were able to take a guess that:

What do we make of this information? Is this more than you thought, not enough, or a good start, or who cares?
There is the classic problem of what constitutes the ethnic or racial identification. Who makes that determination: an observer or the individual, and to whom does it matter?
With the advent of DNA research, most people are finding that their ‘racial and ethnic’ history is not quite as clear as they thought.
Take for example myself. My mother’s side came from the Greek Island of Lesbos and, according to them, goes back there for thousands of years. My grandmother joked that Aristotle stayed at our house (~360 B.C.).
Whereas on my biological father side, his father, my grandfather, was an orphan raised in Northern Italy by the Salesian Brotherhood. It turns out that the DNA research confirmed that 40% was indeed from the Greek Aegean Islands, but the next chunk of 30% was from the Iberian Peninsula, centered in Madrid, with another 15% being grouped as Corsica, the Balearic Islands and North Africa, some 11% scattered in Balkans with 1% in Finland (sneaky Viking hiding in gene pool) and 1-2% in the Middle East.
Under the famous court case of Plessy vs Ferguson of 1896, a person who was 1/8th Black was considered ‘colored’ or non-white by the Supreme Court (and you think the current group are conservative!)

Raised in New York City, I was taught that Hispanics were Caucasians much in the same way that Scandinavians or Slavs were. Coming to California in 1981, after living in Europe for four years, Hispanics here were expressed with a totally heightened distinction, such that, Latino’s (which we understood to include Brazilians) were considered People of Color, despite a large section of them self-identifying as white, Also, the history of prejudice in California was more pronounced than in New York.

The claim of “Racially Polarized Voting” was used in 2018 to force many cities to adopt city districts as opposed to at-large voting for City Council’s. There are many other good reasons for city districts, but the interface with local race was the trump card in the legal fight.

Which brings us back to the original question, looking at the rough estimate of city council members: What do we make of this information? Is this more than you thought, not enough, or a good start, or who cares?

Views herein are those of Edi Birsan and do not reflect the statement of any racial or ethnic group other than that maybe of a Brooklynite transplanted to Concord struggling to live in concordance with all. EdiBirsan@gmail.com