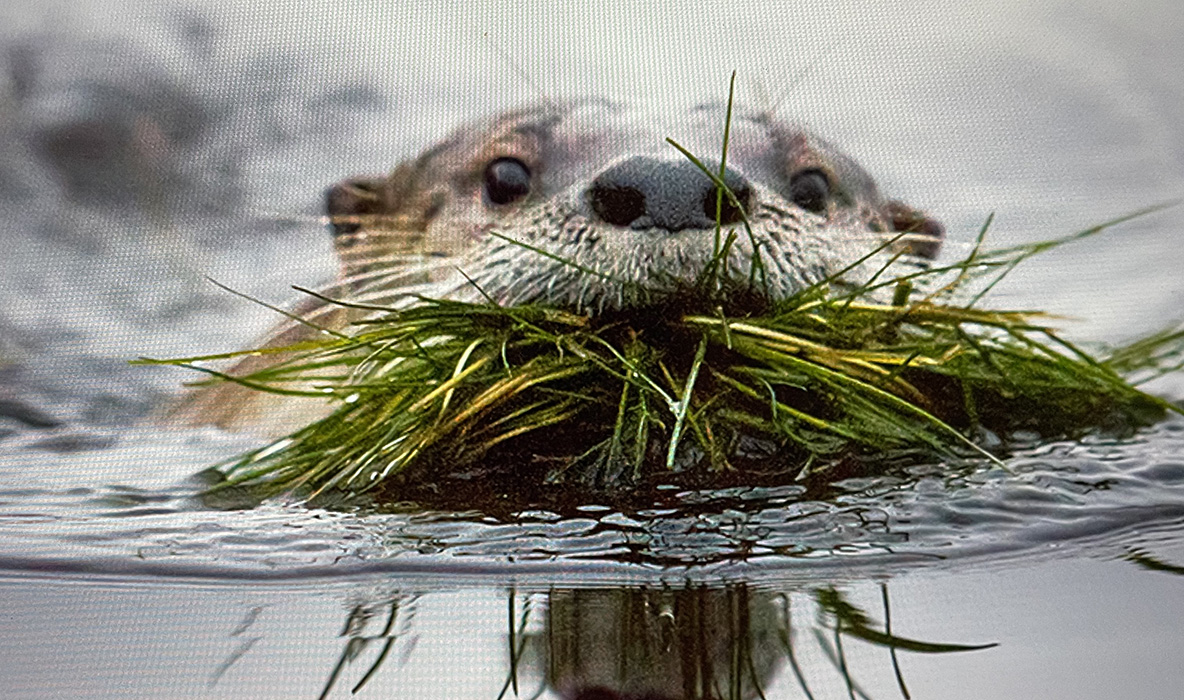 River otters have returned to the Bay Area and we have the Contra Costa Canal to thank for their success.
Up until 1961, there were no bag limits on river otters for fur trappers. These losses coupled with water pollution and habitat destruction all but wiped out the Bay Area populations of these rambunctious mammals sometime in the early to mid-1900s.
However, with the passage of laws to restrict trapping and other environmental laws, such as the Clean Water Act that improved water quality and fish and crayfish availability, river otters from other parts of California migrated back to the Bay Area.

Rumors of local otter sightings began in the 1980s, but it was not until Megan Isadore, a co-founder and the Executive Director of the River Otter Ecology Project (ROEP), organized a formal study in 2012 that it was confirmed river otters had reestablished their Bay Area roots.
To monitor otter migration, the ROEP enlisted citizen otter spotters. The otter spotter project is a community science program made to collect, map and save otter sightings. It began in the San Francisco Bay Area and are now accepting sightings from anywhere in North America. Anyone can become an otter spotter and collect a sighting.

Isadore’s landmark study, along with her advocacy for otters, landed her Bay Nature Magazine’s 2022 Local Hero Award for Environmental Education. Her enthusiasm for the species is infectious.

“I love their very wild natures; the fact that they can be adorable, cute, funny, kind to one another, and yet brutal to their prey and each other

Isadore’s advocacy for otters, over the past 20 years landed her Bay Nature Magazine’s 2022 Local Hero Award for Environmental Education. Her enthusiasm for the species is infectious.
“I love their very wild natures; the fact that they can be adorable, cute, funny, kind to one another, and yet brutal to their prey and each other on occasion. (Isn’t that just like humans?),” says Isadore. “I love that they represent another medium-sized predator in our midst. And I love the low chuckling sound they make to each other, “Huh-huh-huh-huh.”

on occasion. (Isn’t that just like humans?),” says Isadore. “I love that they represent another medium-sized predator in our midst. And I love the low chuckling sound they make to each other, “Huh-huh-huh-huh.”

River otters are a fascinating creature. They can dive to 60 feet and swim up to 7 mph. Their fur is waterproof and special membranes on their eyes allow them to see underwater. Females can delay their pregnancy for as long as 10 months after coupling. They have a two-month gestation, so an otter can produce pups a full year after mating. Although the young are learning to hunt by four months, most pups stay with their mother until next year’s pups are born.
Contra Costa Canal may be a vital migration corridor. Female otters swim up the canal every spring to raise their pups. Even though the waterway is drained during the winter season, it is possible that otters could still use them to move around since otters spend about 70% of their time on land.
“I’ve been fascinated by their use of the Contra Costa Canal,” says Isadore, “the ladders, the way they take advantage of everything they find to eat and play with, and with their apparent comfort level in very urban areas where they trot back and forth with great toleration of humans.”

Otter spotter Karen James, a Martinez resident, has been monitoring river otter activity for the last six years along the canal, and three major water bodies in the East Bay where otters rear their pups. She became enamored with otters and involved with ROEP after an encounter with one animal at Hidden Lakes Park in the pouring rain. In her excitement, she dropped her camera in the pond.
“I swear that otter was laughing at me,” said James.
But the urbanized canal can also pose a hazard. James became a hero for one stranded pup. It had fallen into a flooded part of the canal in Pleasant Hill and could not get out. James and another concerned citizen put a board down, allowing the pup to climb out and be reunited with its mother. In 2021, James monitored three different otter families. The mom with the largest brood of four pups had a helper, probably a daughter from last year.
While the otter’s return to our area is a step in the right direction, Isadore believes that strategies to protect human structures from rising sea levels such as seawalls, horizontal levees, cobbled beaches, and sand replenishment could all affect otter habitat and push them inland. But, their adaptability and broad range of food may make them less susceptible to warming trends.

River otter antics are quite entertaining and a great segue for children and adults to connect with nature. Otters are viewable year-round. But patience and quiet are needed for the best chance to spot them.
You can find the best places to see them or report a sighting by visiting ROEP’s online Otter Spotter map, https://riverotterecology.org/. If you are fortunate enough to spot one, keep a safe distance, do not feed or harass them, do not allow children or dogs to chase them and never shout at the animal.
Another way to celebrate otters is to participate in ROEP’s annual Splash! Art, Poetry, and Photography contest (opening ~July 1 with a deadline of September 30). Dates are subject to change due to the pandemic, so interested artists should sign up for newsletters on ROEP’s website or follow them on social media.
No matter how you look at it, the river otter’s return to the Bay Area is an “otterly” great environmental success story.