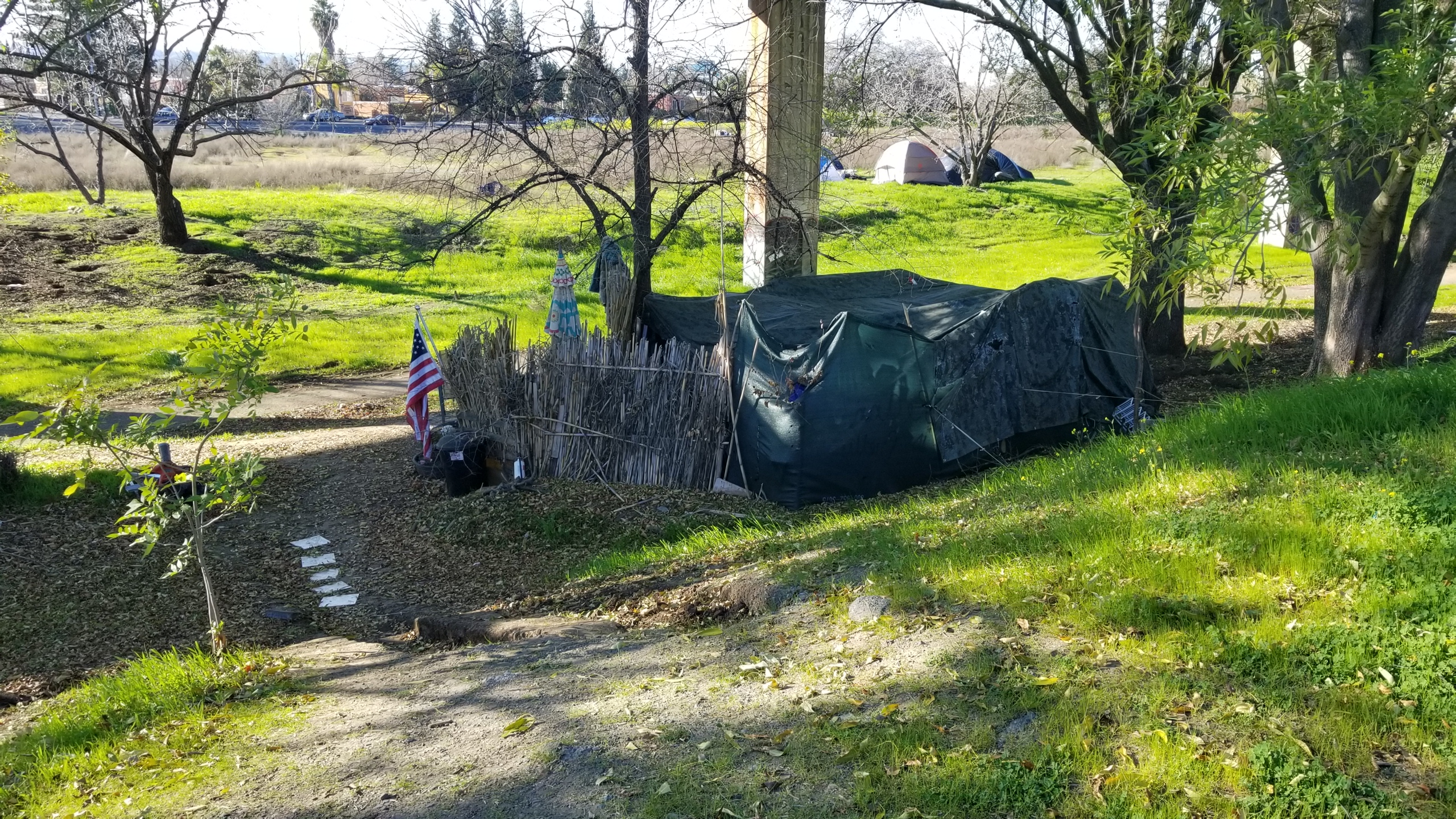 We do not have a homeless problem. We have many problems with people who are homeless and there are many aspects that bear on those problems.
Recently at the Skate Park under the BART tracks leading to Concord downtown station, the large field which maybe had one to three homeless set ups, the most common of which was featured in some stories had been there for about four years shown in the picture above.
There were 29 tents that popped up in the last four months or so. I visited the site for the final time on the Saturday before the clean-up and spoke to whomever would talk.
Those discussions served to frame up the complications we routinely deal with when attempting to place or displace the homeless community.
Eighteen people remained to the end of the week notice of the clean out. Most of which were known to the County CORE teams. Five were interested in housing and four of them were not vaccinated but were given Johnson and Johnson one shots. After 14 days, they will be allowed into a shelter. Another two changed their minds afterwards and contacted CORE and are in the Covid Protocol.
Amongst those refusing assistance were those known to be on the street 10 or more years whose position is that they want to be left alone and allowed to forage for their survival. Translation: they want to put their tents anywhere they want.
In this group, there was a major change in some of our demographics in that we had people from Antioch, Pittsburg, Pleasant Hill, Alaska (!) via Antioch and others displaying the high mobility of the group. Advocates want the people of Concord to pay for the establishment of encampments as well as care and feeding. Clearly, this mobile group came because they could.
We, as a society, must decide if and what we are going to provide for those that are homeless. This also means we must decide what to do with the ’rules’ for that and to whom does it apply. Does an 18-year-old who drops out of high school who does not want to live at home get a studio apartment and three meals a day or does he have to be a drug addict, alcoholic, petty criminal, suffering from mental illness and live on the street first for how long? By the way, building an affordable apartment building costs about $600,000 a door. A tiny home costs almost $100,000, at least.
Roughly 90% of the homeless are dealing with disabling issues. However, 90% of the visible and interactive homeless people encountered are of the chronic and extreme conditions. This causes a great friction between the genuine compassion to help those in need and want versus the disruption, caused and perceived, of those who take the view of ’Get Help or Get Out’.
We need to have COUNTYWIDE, not just shelter beds, but also safe parking and small organized encampments that are safe and, quite frankly, regulated and monitored for compliance. We need to prevent homelessness, but at what costs?
Clearly a “Camp Chaos,” open space where people are just allowed to pile in, is a disaster. I will be asking the City and the County to establish a set of requests for proposals to provide different approaches of varying ranges to the many problems. Then we can see what can be realistically and economically accomplished, and which non-profits will provide what in partnering.
Views expressed are Edi Birsan’s and not the official echo of any unhoused assemblage. He is housed so as long as he continues to provide food and water for Trixie his resident cat.