Pay in peanuts, you get monkeys 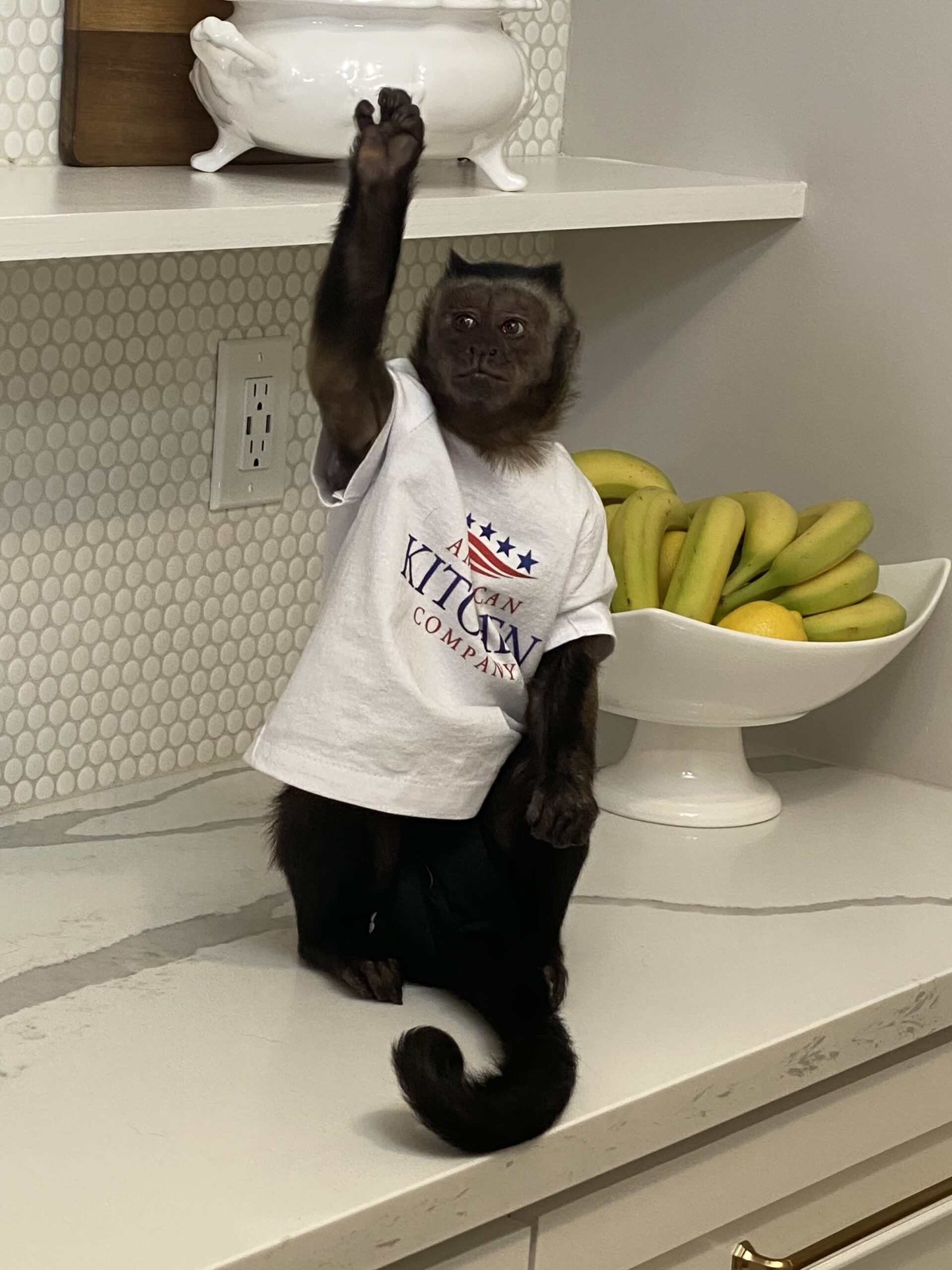 On KRON-TV you may have seen the recent TV commercial for American Kitchen Company (AKC) in Concord featuring a familiar monkey. That monkey is Crystal. You may have seen her as Dexter in “Night of the Museum” or in the movie “Hangover II.”
Kyle McClay is partner of AKC and the TV spokesperson in the commercial. So I asked him why and how did he get such a famous monkey to do his commercial.
McClay explained. “When I am bidding on a project and the customer responds by saying that they’ve received a lower bid from another company, I often will use the line, ‘If you pay peanuts, you get monkeys.’ It gets a laugh, it breaks the tension.”
It is such a part of his presentation that when trying to come up for a campaign for summer advertising, he dreamt that he was walking through a kitchen with a chimpanzee.
It took some convincing, but his partner finally gave him the green light to hire a chimpanzee to be in their commercial.
McClay began calling local zoos and sanctuaries to see if he could hire a chimpanzee. Not only did they all say no, a couple of them reported him to animal protection association who sent him a letter to cease and desist. They even threatened to ruin his business through social media if he didn’t. “Apparently, it is considered animal cruelty to put a chimpanzee in a commercial.”
Chimpanzees may not be used in any type of union produced commercial or movies he was told.
“But they didn’t say that about any other kind of primate. So, we remembered that the movie “Hangover II” featured a monkey and decided to find it.
He assumed it must have an agent and started calling animal agents until he found the trainer for Crystal. Crystal has been in over 20 movies and TV shows. Yes, Crystal is a movie star.
As per a contract McClay says, “They were hard-nosed negotiators. They had a list of demands including a lot of money, special insurance, a room at the Concord Hilton.
McClay met those terms. Crystal did spend the night at the Concord Hilton along with her two trainers. “She was actually very good. KRON-TV shot the commercial in a day without a hitch.”