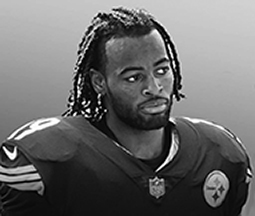 Najee Harris, once the nation’s leading football recruit out of Antioch High School, became a sensational running back at Alabama to earn a Heisman Trophy nomination, was picked in the 1st Round of the NFL draft by Pittsburg Steelers.
Harris’s personal story makes his journey even more remarkable.
Growing up in California, Harris spent several years with his parents and four siblings in a Bay Area homeless shelter.
Harris returned to the Greater Richmond Interfaith Program on Thursday as one of its greatest success stories, coming home to a draft party held in his honor.
”There was a time I needed a helping hand. They gave us an opportunity to get back on our feet,” Harris told reporters. ”So, it is my job to give back.”
The former Alabama running back did just that, bringing with him a donation of food for the shelter’s residents, just hours before he was selected by the Pittsburgh Steelers with the 24th overall pick in the draft.
Harris told local TV station KRON4 it was an emotional experience not only for him, but also for his mother.
”It was almost as if she was crying in a way. We have a lot of memories here,” he said.
Harris, one of a record-tying six Alabama players taken in the first round, rushed for 1,446 yards and 26 touchdowns in his senior season in Tuscaloosa, finishing fifth in the voting for the Heisman Trophy and helping lead the Crimson Tide to a national championship.