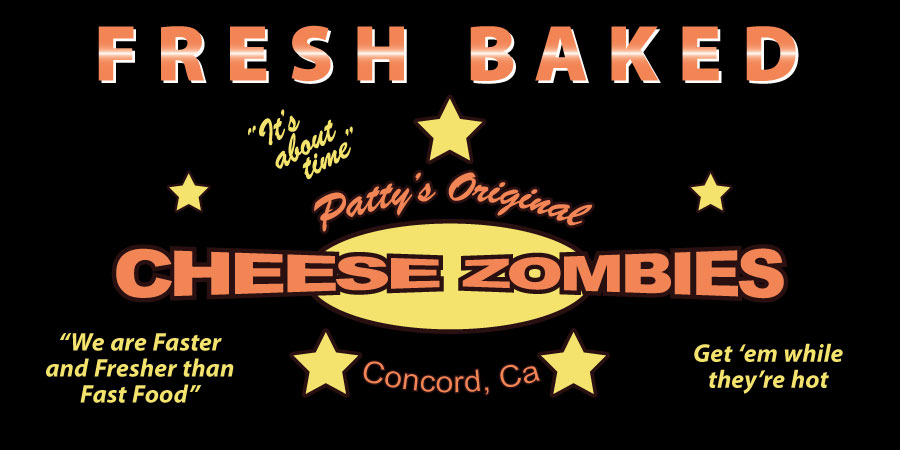 The United States Trademark Office has ruled that the phrase “Cheese Zombies” may not be used exclusively by any company as a trademark.  Anyone making those delicious cheese zombies is free to call them what they are – cheese zombies.

Eric Giacobazzi, a year 2000 graduate of Northgate High School, had obtained a trademark on the phrase “Cheese Zombies” in 2009.  In 2013 Patty May (Bakers Trainer for MDUSD) and her son Robert opened “Patty’s Original Cheese Zombies” at Dana Plaza in Concord California.  Shortly after opening their business they were notified by Giacobazzi that he owned the name.  Patty and Rob retained Pete Tormey, an attorney who specializes in patents and trademarks to fight the mark in the Trademark Office.

Martha Riley, a former principal at Northgate high School, testified on behalf of Patty’s describing a cheese zombie as a “wonderful puff of pastry around this nice gooey little narrow thing of cheese.” In addition to her testimony, attorney Tormey, showed the Trademark Office dozens of newspaper articles, recipes, school menus, even Helen Ballock’s obituary, as evidence that the phrase “cheese zombies” has been well-known for many years.

Tormey coaches clients to be creative when picking a trademark because a good trademark is critical to building a successful brand, while a wrong trademark can have you stumbling in litigation like a Zombie for years.