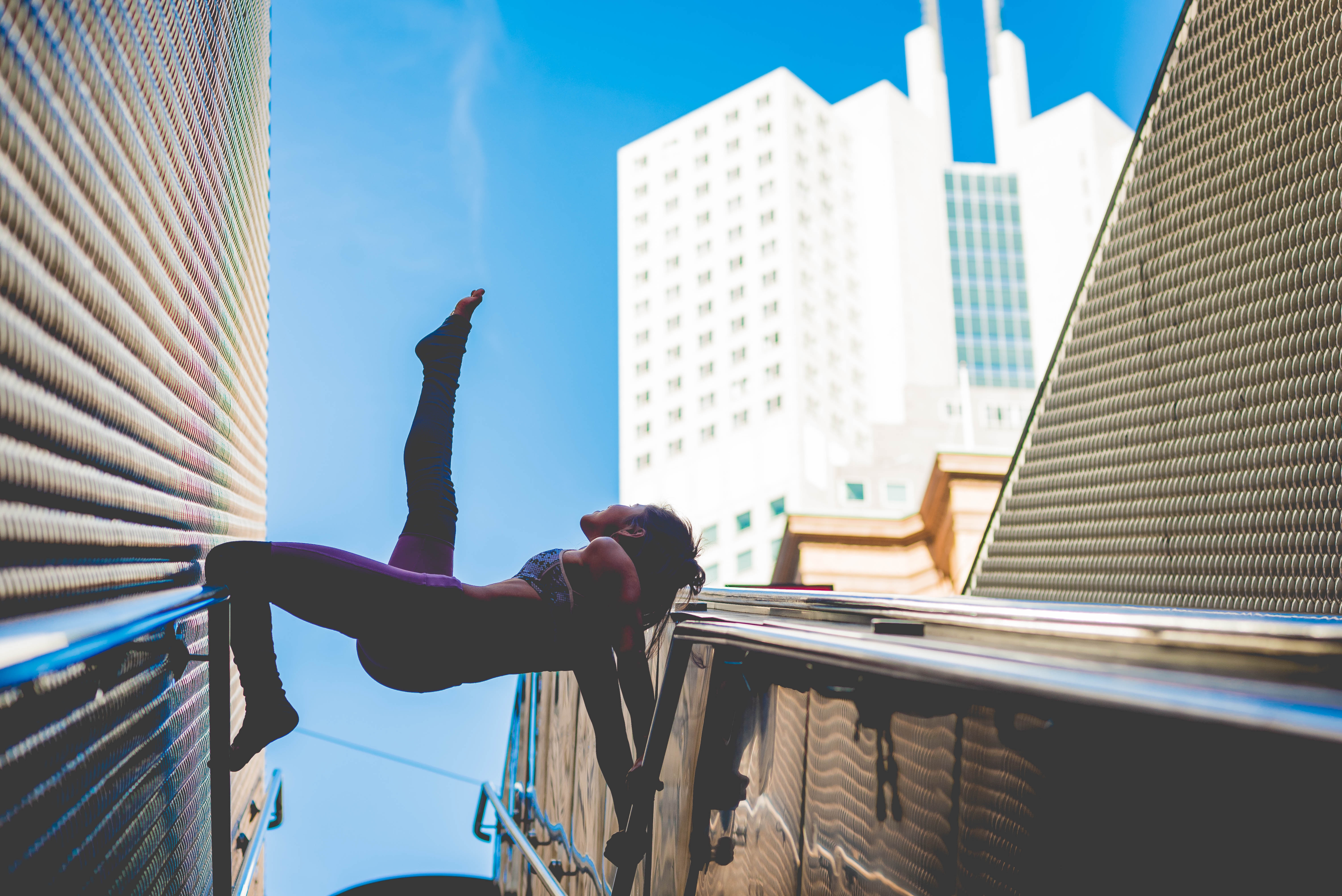 At 13 and a freshman at Clayton Valley Charter, Maris Degener was hospitalized for three weeks. For anyone that asked why, she would make something up – an ailment such as a “heart thing” or “dehydration.”  The truth was much deeper.  It was anorexia.

Degener was at risk of death.   She was ordered to strict bed rest. After she started showing signs of improvement her doctor suggested she take up a gentle form of exercise, like yoga, to rehabilitate her body.  She responded to an ad, for a free 30 day trial Vinyasa yoga class at Just Be Yoga in Walnut Creek which her mother drove her to each day.

Fortunately, she connected with Yoga. “Something clicked. I was able to make the connection between what was going on in my head and my body,” says Degener. “Yoga gave me more awareness.”
After confiding her story with owner Jenni Wendell, Wendell offered her a scholarship for instructor training.  She went on to teach Yoga to students at Clayton Valley as a senior and was teaching Yoga three days a week at Just Be, up until this fall.
Degener is remarkable.  She is an extremely articulate teenager who speaks with incredible authenticity and maturity that is slightly tempered by her youthful spirit.   At age 17,  she has already accomplished notoriety that most of us won’t achieve in a lifetime.  Not because of her illness, but because through her recovery process she has summoned the self- awareness and inner strength to overcome it and pave an enlightened drive to succeed at life — she has become an inspiration for others. Her story has become an internet sensation, especially for those recovering from anorexia, thanks to the alert online CNN reporter Ashley Strickland. Since Strickland first reported Degener’s story, it has spread on websites and blogs across the globe.   CNN.com, Kids Yoga Daily, AboutfaceGPA, sweat.com, essentialkids.com.au  (Australia), and on a Radio podcast StupidEasyPaleo.com to name a few.    She has a strong following on Instagram, and attracts 5,000 daily views on her own blog YogaMaris.net.

Her blog writings are savvy and mature beyond her years, loaded with life lessons and wisdom that self help authors and speakers earn large sums to profess.  One can ride along her path of recovery with empathetic understanding as each entry  explores her mental illness and the rationalization to overcome it.    Rather than paraphrasing and risk losing their power, I selected a few excerpts to share with you.  I hope you see what I mean.

“There were people around me who were confident; strong, powerful men and women who exuded competence and a carefree attitude. I figured they were just born that way- better than the rest of us… One day I realized that to be recovered, I had to act like it. I had to go through the actions, say the words, embrace the process, and accept that someday it would begin to feel normal. When I applied this concept to my recovery, I started to see that this is the only way to change who you really are. It’s long, slow, and it really boils down to this: fake it till you become it. Pretend that you are the person you want to be. If you want to be different, you have to do different things.”

“I will not exploit my eating disorder.  Google “anorexia” or “eating disorder” and thousands of articles will come up. Each one tells a similar story: a girl struggles with insecurity/depression/anxiety, begins under-eating/over-exercising/developing poor habits, has severe health complications, and eventually either overcomes the disease or sadly passes away.   These articles … shifts away from a meaningful dialogue on the complex emotional and environmental factors of mental illness and into the territory of voyeuristic ogling at just how ugly an eating disorder can become.”

Degener believes articles that compare “before and afters” of anorexia including lowest weights and longest hospital stays are actually feeding the root of the disease. “We are feeding the need to compare, to one-up, to validate our actions. We are feeding the unnecessarily toxic and competitive relationship women are led to have between one another.  We are negating the value of the women who are struggling with this disease.” Degener is grateful to everyone who has helped her along the way. “The only message I want to send is this: Talk about your story, Share it. Write it. Sing it. Create it. Nothing but opportunity has come from telling my own.”  People want to listen, they want to connect. They want to hear who you are.”

As one blog stated, “It’s staggering to think about all of the things that Degener has overcome, but that’s what makes her journey so inspiring to others.” One in 200 American women suffers from anorexia at this very moment.

Degener’s immediate plans are to continue teaching, mentor others and focus on studies at UC Santa Cruz.   I considered myself mentally recovered for awhile now.  She employs a professional photographer, Eric from Beauty Everywhere, has her own 75 minute yoga podcast and a Youtube video channel of 30-miunte quick yoga videos.

“I’m meant to teach. And take. And balance. And fall down. And breathe. And sweat. And rest. And stretch. And melt. Because I’m meant to live— and I finally know what that means.” Says Degener.