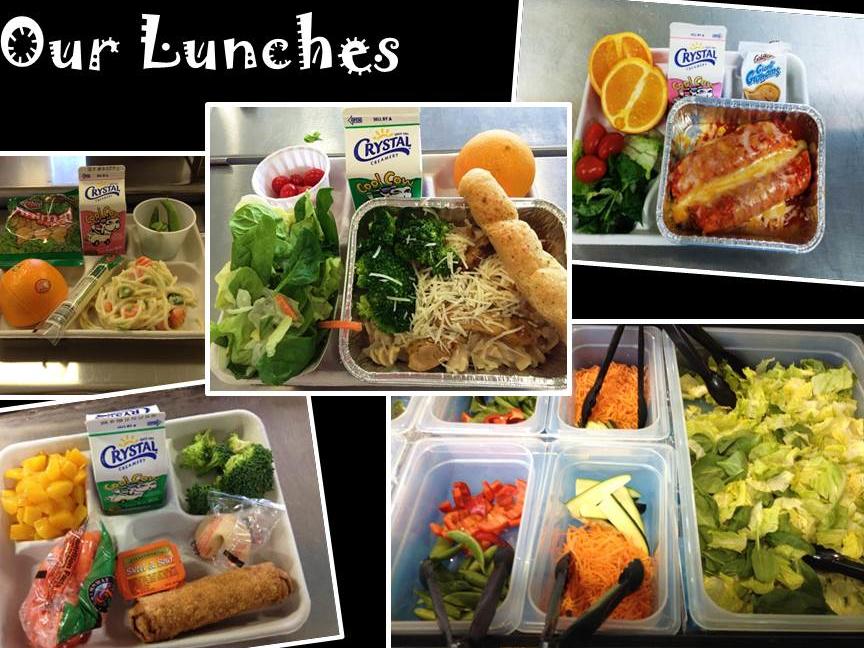 What would you feed a child lunch if you only had three dollars and some change? Would that meal meet nutrition standards, including fresh fruits and/or vegetables? Could you prepare it from scratch and use local and organic products?

Imagine doing that for nearly two thousand kids, quickly, efficiently and with scarce help.  That’s the challenge that each of our high schools are tasked with every single school day…feeding students at five high schools, nine middle schools, 30 elementary schools and a variety of adult and alternative education programs.

But wait.  Throw in breakfast, supper and after school care snacks too. Would you want that job or would you run screaming for the hills, tossing Hot Pockets and pizza bites in your wake hoping that the hungry masses of kids and frustrated parents don’t catch up to you?

That’s just another day in the trenches for Anna Fisher, the director of Food and Nutrition Services for Mount Diablo Unified School District.

She and her team at the district and throughout school sites are doing their best to take on the challenge of meeting students’ needs, required regulations and the expectations of parents.

Her $12 million annual budget seems impressive until you calculate what it really costs to serve 12,550 lunches, 5,318 breakfasts and 1,600 suppers per day. That money has to stretch for the food itself, staff salaries and benefits, equipment, application processing and computers.

The general public doesn’t necessarily recognize the difficulties our schools face in trying to feed and educate the 32,000 students in our district.

One local man, Wayne Wells, understands the issue on a much smaller scale. As the executive chef that overhauled the Clayton Valley Charter High School food services, he has a unique perspective on what is possible in our cafeterias.

Wells “wanted to take cooking from scratch and bring it into food services instead of opening up a burrito that was packaged, throwing it in the oven and saying ‘Hey, here’s your lunch.’”

In the two years since he’s been at CVCHS, he’s generated an excitement around lunch with things like a school-operated food truck (serving fusion tacos) and meals that are not only healthy, but actually look and taste good.

It seems impossible to wrap your mind around the fact nearly 70 percent of the produce he serves is sourced from within California, a priority that makes him a self-described “pain in the butt.”

“If I’ve got to pay an extra dollar for a flat of strawberries that come from Salinas versus the ones coming out of Mexico, I’m going to buy the ones from Salinas.”  Wells reports his cost per meal $1.44.

“That $1.44 has to include the entrée, the required fruit and vegetable, the milk part, and it has to include the cost of plate, the fork, the spoon, the condiments,” said Wells. “That is one of the hardest things in my career I’ve ever had to try to hit, is that cost per plate cost.”

On many levels, Concord High School and Clayton Valley Charter High School appear to be worlds apart. The menus alone provide a startling contrast between two schools that sit only 3.7 miles away from each other. In one steel-clad high school kitchen hangs a sign that reads:  Pizza –Burritos-Cheeseburgers-Spicy Chicken Sandwiches-Large Salads.

In the other cafeteria down the road, choices include items like jambalaya and roasted portabella mushrooms.

I’m sure you can guess which is which.

But hold the condemnation and judgement. Fisher takes pride in the fact that MDUSD began implementing the Healthy Hunger Free Kid’s Act of 2010 before it actually became law, which eliminated things like sugar-sweetened flavored milks and focused on fresh foods. “We have salad bars with fresh produce at the majority of our elementary schools and five of our middle schools,” said Fisher.

Beyond the cafeteria lineup, the school district has been proactively looking for innovative ways to change the status quo. They have been awarded the Farm to School Grant by the USDA and have implemented school gardens and recipe competitions at most elementary sites. She has found that changing the eating habits of our youngest children is having a lasting impact as they age into secondary schools, with more middle school kids now opting for salads and fresh produce off the line. As a dietician, those results are music to Fisher’s ears.

These are just a few of the initiatives MDUSD has embarked on in an effort to provide a better food and nutrition services to the many students.  She would be thrilled if she could duplicate Mount Diablo High School’s Serendipity success in each of our schools, but logistics and budgetary constraints make that impossible at the moment.

As Wells acknowledged, the schools in our district would be more than happy to follow the path he was able to forge.  The district intends to get there, and their wide variety of health-oriented programs shows a commitment to those changes.

When asked what barriers Fisher and her staff face in achieving their improvement goals, she optimistically replied that it’s “just time.”

Fisher and Wells both have something in common: devotion to the students.

Fisher is determined to expand programs for gardens, education and parent-assisted taste testing to help develop better menus – knowing that “the more hands-on the experiences for the students, the more they are engaged and the more likely they will personalize the information.”

Wells is continually reminded that “you don’t know what some of these kids wake up to…or what they go home to.”  Especially for kids on the free and reduced lunch program, he wants to make sure they get a good, wholesome meal every day.

“That’s where my heart is,” said Wells.

School lunch service may not be perfect, but with efforts like these, it just may be getting a whole better, one tray at a time.