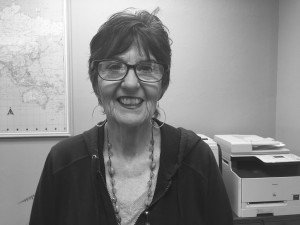 Something went wrong. How could the final selection process to determine the Master Developer for the Concord Naval Weapons Station (CNWS) Project turn into such a mess?

In January 2014 the City began an open selection process to identify the best candidate to be the Master Developer for the CNWS lands. Finally in May of last year two finalists were chosen, Catellus Development Corporation and Lennar-Urban. Each party signed an identical “Agreement to Negotiate” with the city.  In an effort to be fair this document clearly prohibited each developer from lobbying directly or indirectly Council members determining their fate.

This was clearly not the case as it was learned later on.

Michael Wright was the staff manager in the selection process for the city.  He assembled a team of experts whose responsibility was to rigorously investigate the strengths and weaknesses of the two finalists based upon their “fact sheets.” His team would ultimately recommend only one finalist

Having served on the Concord City Council during 1980’s up to 1995, it was always general city policy to evaluate the merits of the staff recommendation and listen to their presentation during an open public hearing.  In this case I do not understand “why” three members of the Council mainly Tim Grayson, Laura Hoffmeister, and Edi Birsan asked City Manager Valerie Barone to withhold staff’s recommendation from the public of Catellus being the superior proposal and being best qualified to become Master developer for the CNWS project.

Apparently, Ms. Barone yielded to the wishes of the three council members and directed Wright to withhold their recommendations from the final staff report.  This was wrong. During my three terms of serving on the Concord City Council, I experienced two types of city managers. One asks you, when you are proposing an idea if you have three votes, and the other type just does the right thing for the city she or he serves.

The other two glaring problems that I have been able to discern are also contributing to the current mess existing at city hall. The city received two letters from Catellus asserting that Lennar violated the terms of their agreement. City Attorney Mark Coon was conducting an investigation of the alleged violations when he tragically committed suicide.

While the city was mourning, The Contra Costa Times Editorial Board called for an immediate thorough investigation. In response to this community outcry, the city hired the law firm of Michael Jenkins for $50,000.00 to conduct all necessary interviews and present their findings publicly.

In February of 2016, the findings following extensive investigations, his report read, “Lennar orchestration of campaign contributions to our former Mayor Tim Grayson’s Assembly campaign constituted a form of lobbying prohibited by the Agreement.”  Lennar’s friends contributing $ 16,800.00 to Grayson’s Assembly campaign.  In addition Jenkins noted that none of the people connected with Lennar cooperated with his investigation.

Because of this I wholeheartedly believed Lennar should have been disqualified for violating their agreement that was asserted by Catellus and confirmed by Jenkins investigative work.  This opinion was put forth in a letter I submitted to the City Council after reading Mr. Jenkins report.

Soon after Mr. Guy Bjerke, the new director of the CNWS following Mike Wright’s retirement recommended that Lennar stay in the Master Developer selection process.  His rationale was the city would benefit from this.

I wholeheartedly disagreed. I recall reading that Bjerke’s appointment to this position was “political”. To the best of my recollections a Contra Costa Times editorial stated that although he was not selected to be one of the finalists, the City Manager was asked by the council members to reconsider his qualifications for the job. This was done and Bjerke was subsequently hired.

I believe from this narrative  that the residents of Concord are being asked by our elected officials to accept Lennar to be Master Developer.  This is not the best choice for our city.  We deserve the best.  To restore our trust and confidence, the council members should restart the process and reject Lennar from being our trusted partner on the CNWS  project.

Editors Note: Colleen Coll and her family has been a fixture in local politics for more than half a century. Her father, Tom Coll, served on the Concord City Council in the 1950’s but was best known for his work on the Contra Costa Board of Supervisors where he was credited for providing the swing vote that resulted in the creation of BART in the early 1960’s. Colleen served three terms on the Concord City Council including a two year stint as mayor before retiring from elective office in 1995