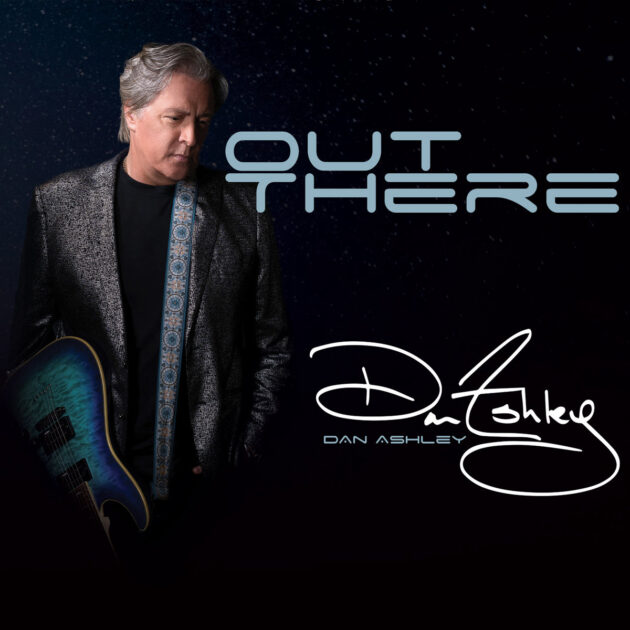 Dan Ashley is a man of tremendous experience and talents, and music is one of them. The longtime ABC7 anchor has performed around the Bay Area including Music and Market Series at Todos Santos in Concord and hosts his annual “Rock the CASA” fundraiser concert at the Lesher Center for the Arts in Walnut Creek. So, what’s next?

On October 15, he released his solo album, Out There. Out There presents 11 tracks firmly anchored in hard-driving rock and roll with masterful forays into lush ballads and Americana. In collaboration with legendary Concord based producer/engineer/multi-instrumentalist Bill Bentley, Ashley offers a collection of mature, thought-provoking and playful songs.

The album opens with the rousing uninhibited “River City,” and unlike in “The Music Man,” there’s no trouble here. “Redbud Road” follows with reminiscences of growing up in a simpler time and place. “What Really Matters” invokes both Tom Petty and John Mellencamp as Ashley and co-writer Bill Bentley remind us of some fundamental truths. On his website, Ashley states, “What Really Matters” is a song I wrote that reflects a lifetime spent as a journalist. In all those years, I can truly say that I’ve seen it all – the best in people and the worst. In those moments, it can be hard to come to terms with why bad things happen to good people. But, in every instance, I have seen decent people step forward and help those in need – providing safety, comfort and love. This song is for them.”
For those who arrive on our shores to provide greater opportunities for their families, “Better Life” is an important reminder of the sacrifices required to attain that American Dream.

“Lucky Stars” is a lovely heartfelt ballad opening with piano, voice and acoustic guitar and moving into a lush string and vocal arrangement on the chorus. For Ashley, the song “Reflects that sense of gratefulness all of us should have for the many blessings in our lives.” “Da Na Na Na Na” is a rip-roaring enjoyable time. “We Stayed Home” is an anthemic ode to the necessary nightmare of quarantine: “We stayed home but no six feet is ever gonna keep us apart!”

The album is beautifully produced with an emphasis on rich and timeless instrumentation. Acoustic and electric guitars are used to great effect, complementing Ashley’s quintessential rock baritone. The musicianship is first rate throughout the album led by Bill Bentley’s unmistakable guitar virtuosity. The grooves are righteous and infectious; reminiscent of the drive of Creedence Clearwater Revival and the exuberance of Eddie Money. Dan Ashley’s throaty evocative voice tells the stories with grit, honesty and conviction.

Nathalie Archangel, is a singer/songwriter and ventriloquist whose work has appeared in film, television and on one Double Platinum record. Husband Mark Montijo is also a guitarist/singer/songwriter. Their country band is called Nineteen Hand Horse.