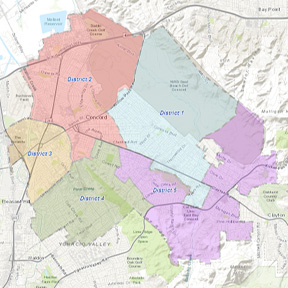 Per the Constitution, every 10 years there is a census and there must be a review of the districts that make up the House of Representatives. This is echoed in the state Constitution where all the electoral districts must be reviewed and reapportioned including city and county districts.
The actual first proposed amendment to the U.S. Constitution under the Bill of Rights as passed by Congress and sent to the states dealt with how many people should be in a congressional district. However, this was never accepted by the required number of states, falling short of ratification by one state. If it had passed, the limit on population per congressional district would be 50,000 not the current situation of approximately 780,000.
The intent was clear. At the start of the country, it was expected that the number of congressmembers would grow substantially. The impact of this is seen in the electoral college where you basically get one vote for each senator and one vote for each representative. By 1911 the census brought about a total of 435 congressman for about 92 million Americans.
That is when the unfun games started. There was great concern by the political elite of the massive increase in immigration to the cities as well as the increase flow of blacks to the north. (Yes, this is a case of racism and xenophobia or anti-immigration, and fears dominated). This would substantially alter the electoral power of the populace states vs. the less populace, especially the South and the Great Plains from the Dakotas down.
So, in the 1920’s they changed the rules to fix the number of representatives at 435 and to change the number of people that each congress member represents. Remember, we have a bunch of places that have two Senators and one Representative because they have to have one even if they do not have 780,000 people. If we had one per 50,000, we would have totally different election outcomes as places like Wyoming would not have such a high percent of electoral votes vs. a place like California.
Due to populations shifts among states per the most recent census, California will lose one congress member even though it still experienced population growth. With 435 total representatives being a sacred number, this increases the number of people each congress member represents.
When the state is reapportioned, we will have to eliminate a district. Current speculations are that the target area will be not just the Bay Area but specifically here in Contra Costa County where there may be a mashup that will pit Mark DeSaulnier against his adjacent members.
On the County level, the Board of Supervisors has five fixed districts, and they must also be balanced by population. Our population has grown substantially with much of the growth in East and South County.
The cities of Antioch, Walnut Creek and Pinole were divided in the last go around as a different concept was applied to create a district that spread along the coast from Pinole to Antioch compared to what was before.
In the 2000 apportionment, Walnut Creek was divided into three supervisory districts. Will it be divided going forward or remain split? Watch your Board of Supervisor’s outreach as certainly they will have hearings in all districts before they, the Board itself, makes the final decision. Politics, at its worst or maybe its best, will then be on display.
On the City level, every city that has council districts (such as Concord, Antioch, Danville, Brentwood, San Ramon) must also look at its breakdown and decide what the new districts are so that they can balance the population. This can result in incumbents vs. incumbents as well as creating open seats.
It is more fun and games for everyone, or perhaps unfun for some and more fun for others. Stay tuned to your local redistricting efforts for who you think represents you may no longer be in your future.