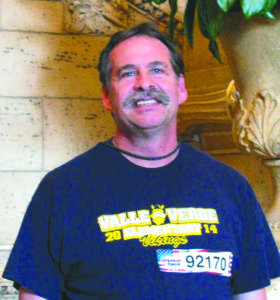 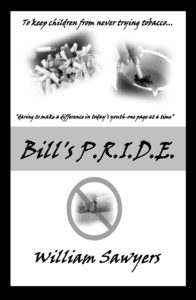 William Sawyers, a self-published author of children’s books is also known as Mr. Bill, a custodian at Holbrook Elementary.   Mr. Bill has published four books in the past 12 years. His most recent book “Bills P.R.I.D.E.” is a short story written to persuade children ages eight and up to never try tobacco. William was a previous smoker who struggled with quitting until he came to the realization that he did not want his own children smoking and was able to stop with the help of the D.A.R.E. program.

So how did this all begin?  William grew up in Pleasant Hill, attended local schools and now resides in Concord.  His passion for writing began 36 years ago writing poetry to Lisa, whom eventually he married.

He began custodial work 31 years ago. He would write poetry to teachers, retirees, students and businesses, including Snapple.  Snapple rewarded him with 32- 24 oz. drinks.  He also wrote a poem for the Jungle and they gave him 24 free passes (That’s 32 drinks, 24 passes and a wife. Writing was not going to be an easy path to his financial freedom. Mr. Bill gave the passes to the school PTA).   But, he was inspired nonetheless.   From there the principle suggested he write a book of his poems and they would put it in the school library.  He did, and his first book, “Modern Poetry” was penned.

Mr. Bill would read in the classrooms and children would laugh and giggle over his riddles. That was especially rewarding for him.  He decided to become a writer of children books. His next writing, “Rockets over California”, was about model rocketry.  Once, he caught a hummingbird in a classroom and wrote the story “Hummer the Hummingbird.”

Later, he published a story about a family of robins: “The Nest That Could Fly,” and another, “What Am I? Bugs”, which was a sequel to an earlier book titled “What Am I?”

He met a parent, Mrs. Louella Giron at P.T.A who agreed to do illustrations for his books, which she did over the course of several months.  And there you have it, the making of a children’s book author.

His books can be purchased online at lulu.com and amazon.com.  You can also find his books on iBook Store, Nook and Kindle.  Mr. Bill now donates $1 to local schools for each book that is purchased.  “Bill’s Pride” donations go to Gregory Glen.  “What Am I? Bugs” donations go to Wren Avenue, and “The Nest That Could Fly”  donations support Valle Verde.  You can see all of his writings on his website, mrwilliamsawyers.weebly.com.

Does he still have the passion?  “Doing book readings and book signings are very, very fun and makes all the waiting well worth it,” he says. He offers a word to those aspiring writers of any type, “Never give up!  I’ve been a school custodian for 31 years and now have been published for nine years.” 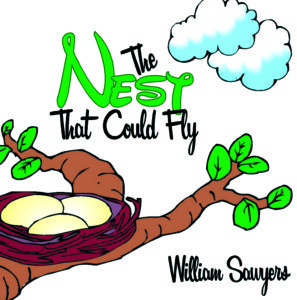 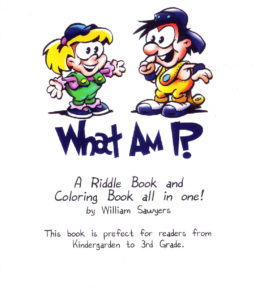 One thought on “Why Mr. Bill Writes”