Going Forward Through the Past 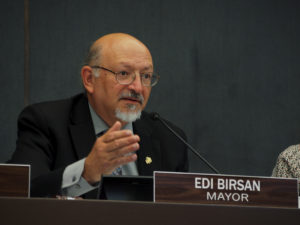 We cannot change what we had for breakfast, let alone history. The focus should always be going forward with some reminders of what the past pointed to. Always look forward, after all, only 3rd grade teachers and Moms of little kids have eyes in the back of their heads.

Backward to Go Forward – After the horrible divisiveness of the 2016 election and the shocking continuation of it in 2017, the lack of civility in our civil discourse needed to be countered. Taking the 150th Anniversary of our city’s founding and adding the literal interpretation of the name Concord, I set the theme of Concord as“Living in concordance and harmony with others.”
To remind people how the survivors of the town of Pacheco relied on each other in their establishment of our city, I worked this theme into every public speaking opportunity regardless of the topic of he event whether speaking to the Cub Scouts or a remembrance ceremony. My goal was to stay on message to tone down the discord within Concord.

Going forward, it will be to the new Mayor to pick her theme. I suggest two possible themes: “Concord Means Business” or “Education Leads the Way”.
We should get the message out that we are a business-friendly community seeking growth through a good mix of economic sustainable businesses. This would bring large benefits to us all; namely, reducing traffic and improving the health and quality of life simply through one aspect: bringing your job closer to you.
Also, we need to broaden the public’s perception that quality education is more than creating higher property values, but that it is also a fundamental and vital aspect requiring family support. Students in schools who feel involved and part of the community become better residents. Students that look forward to going to school, make teachers able to teach better.
I love talking to kids in schools. I want to do more of it. Maybe this should be my theme. What do you think?

The transformation to a more open government. We had a major change in politics with the introduction of Council Districts. One of the effect of this was obvious in that the amount of money spent on campaigns came way down. There may be other effects or grimly worded consequences, but on the whole, I hope we will get a wider pool of candidates and closer links between the council members and the residents of Concord. However, more needs to be done, including some issues avoided this year.
1. Directly Elected Mayor – The existence of Districts screams out for there to be a citywide elected Mayor. This will put the decision in the hands of the voters not just three out of five council members. We need this on the ballot in 2020 to go into effect 2022.
2. Defined Rotation of Mayor -As of now, the Mayor is chosen by the majority of the Council. In Concord, we do not have the tradition common in many other jurisdictions to simply rotate among all council members so each will become Mayor at some point. In Concord, it is a blood sport. Many may be aware that I was skipped over twice for Mayor/Vice Mayor for not supporting the re-election of the incumbents in 2014.
What you do not know is that up until September of last year, the backroom politics had someone else as the anointed one for Mayor. Only a sequence of missteps led to the conclusion of a majority that maybe they should let me have a shot at it. But they also simultaneously shifted the Mayor’s term from two years down to one .
We need an ordinance to define the rotation procedure of the Mayor. It should be a legal ordinance, so it cannot be aritrarily altered. It should not be simply a policy, since policies can be ignored on a whim. (This is exactly what Walnut Creek Council did to one of their less popular members.)
3. Transparency: Under the Brown Act, the Council may not discuss (nor take action) on issues that are brought forth in public comment for items not on the agenda. In addition, we may also not have a full discussion of what items to put on a future agenda. We are not allowed to discuss these things either in or out of a council meeting, with or without public participation. We need to have open transparent access to talk about what goes on in the future agenda with both ourselves and the Public.
4. Police and Safety – For eight years, I have been fighting to get a police substation in the Monument. Having closed substations is what motivated me to run for council. This needs to be done.
– For several years I have been advocating for a series of Best Practices in our rental field that would provide some reasonable stability for a major portion of our renters in our older and larger apartment buildings. Past councils have refused to take this up and pass even the most modest of ideas. For example, no rent increases allowed if you are in default on city code enforcement orders. As this article goes to press, this issue has finally been scheduled for discussion on December 11th, and we will see if the Council elects to continue its delaying actions.
There is much more to be said, but only so much room. Stay in touch, remember that government is either listening to you or to someone else.