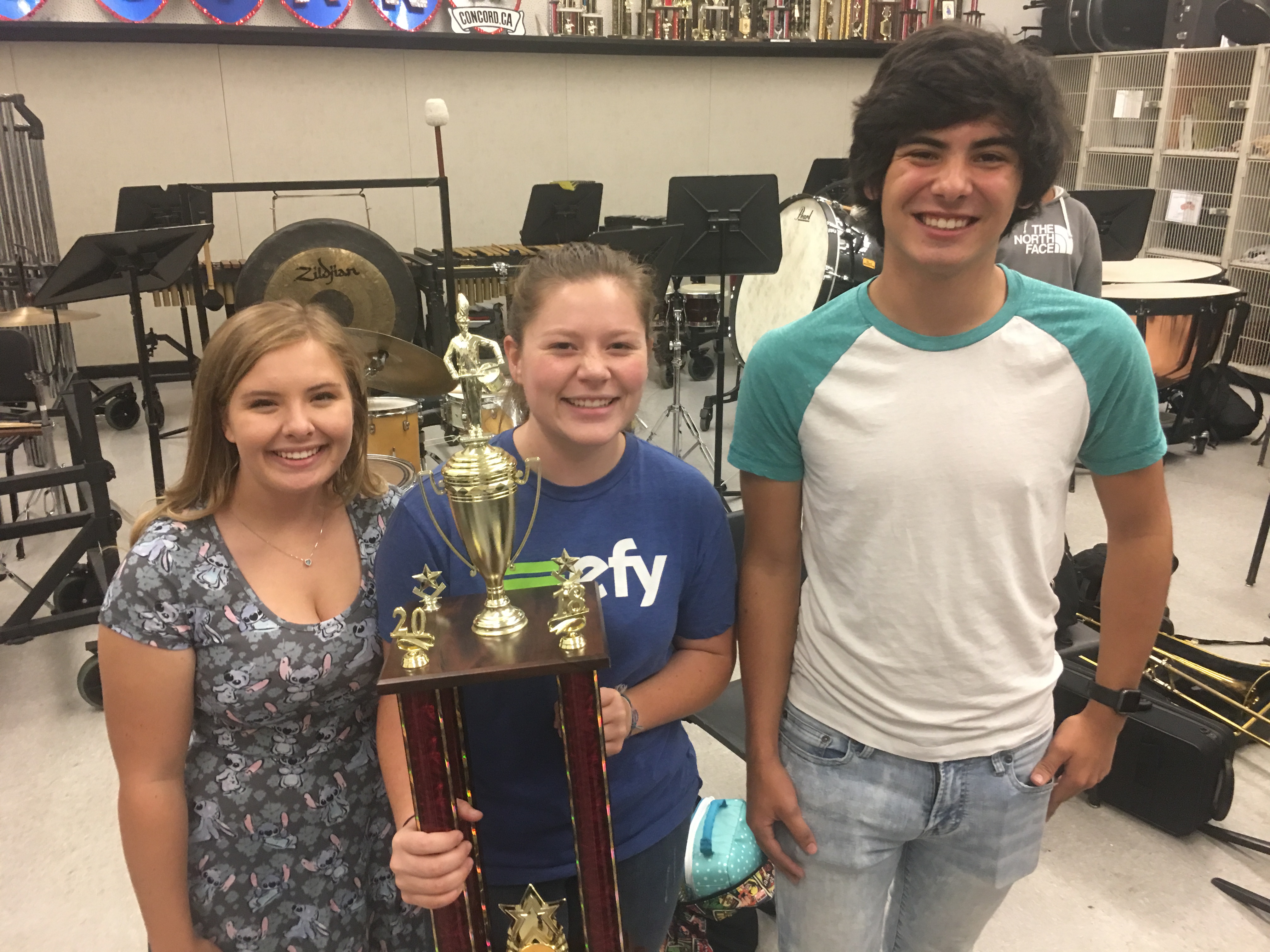 Lydia Lim is very competitive, to say the least. In 2016, she arrived at Clayton Valley Charter High School as our new band director. She instantly loved how our marching band worked well as a team. She admired their self-discipline and commitment. But eventually, Lydia learned her students didn’t place much emphasis on competitions. They were simply having fun performing in the marching band.
Lydia has more than 20 years of musical experience. She graduated from the University of Southern California with a Bachelor of Music in percussion performance as well as a Master of Art in teaching music (along with her teaching credential). After college, Lydia was fortunate to travel internationally with a touring orchestra. The profound experience led her to the classroom and ultimately here to CVCHS.
Reflecting back on her earlier days at CVCHS, she remembers motivating the band to be more competitive. “They said it was fun just being part of the band,” Lydia said. “I kept telling them, ‘we need to win!’ THAT is what makes it the most fun!”
And it didn’t take long for Lydia to convince the band just how much fun winning can be in marching band competitions. Winning, in fact, has become part of the Ugly Eagles playbook. Although CVCHS has a small program in comparison to most area high schools – only 62 students perform in our marching band – their spirit, talent and dedication is unmatched.
This year, for the first time ever, the CVCHS marching band took home the top honor from the Walnut Festival Invitational Twilight Parade – The Nut Trophy. CVCHS performed “Celebration” (originally by Kool & the Gang), kicking off the competition season for our talented group of musicians. The band will compete five more times before the end of the year, including four consecutive weekends in October.
Winning trophies is a great accomplishment, but it’s not the most significant factor for Lydia. With each student, she conveys the importance of developing social and team-building skills, stimulating personal growth and responsibility, and bringing a new perspective to the world of music. Her passion for excellence truly epitomizes the kind of instructor you want educating students – and we are lucky to have her teaching our Eagles. March on!