OUT to LUNCH: The Culinary Delights of Oktoberfest 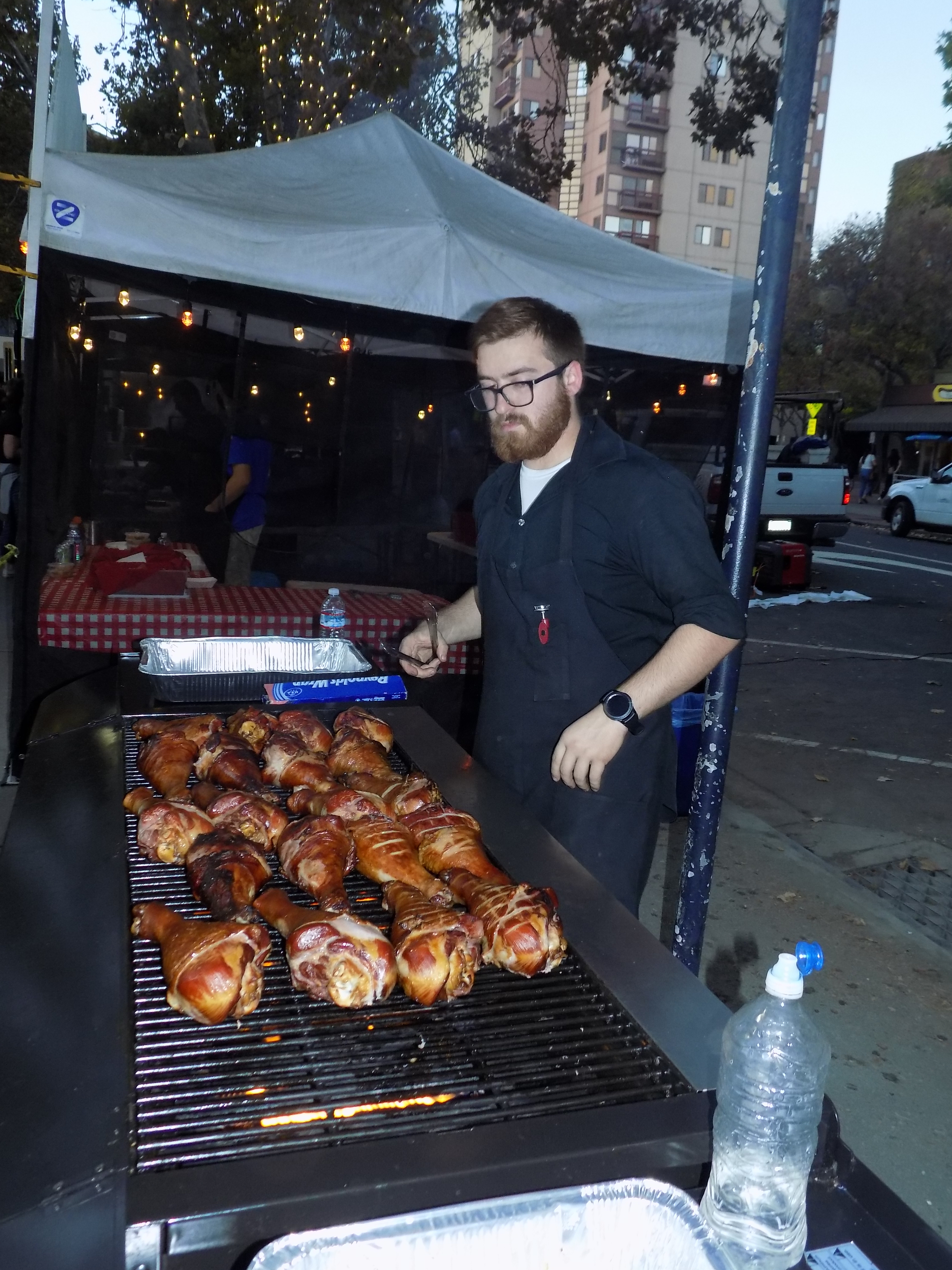 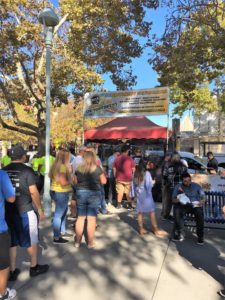 Oktoberfest is one the best times for local fairgoers. This German celebration goes back over 200 years to the marriage of King Ludwig I in 1810. It has historically included music, dancing, horse racing, food, and of course bier. Today, this celebration is recognized in many countries across the globe. German-Americans are the largest self-reported ancestral group in the United States paving the need for hundreds of large and small Oktoberfest celebrations held annually throughout the country including Clayton, Concord, and Walnut Creek with turnout running into the thousands to each.
After a hiatus of several years, Concord revived its version of German festival organized largely from the efforts of Elaine Schroth of Visit Concord, The Concord Chamber, and Justin Crossley of The Brewing Network. Some six thousand happy fair-goers including whole families congregated at Todos Santos Park to participate in the Oktoberfest activities.
Local brewers Epidemic Ales and Hop Grenade concocted a special German-style beer called Hollenhunbe. This dark lager imparted a fresh taste that did not leave a bitter finish of excessive hops. With approximately 20 craft brews to choose, they were a perfect complement to go with barbecued Nava German sausages. Although they were a bit pricey at ten dollars a pop, these brats were authentic and reminded me of my favorite product put out by Lockeford Meat & Sausage, six miles up the road from Lodi.
Most of the culinary output at Concord’s Oktoberfest came from food trucks that didn’t exactly come up to accepted German standards. However, one of my favorites is the barbecued turkey legs from Cafe Oasis. 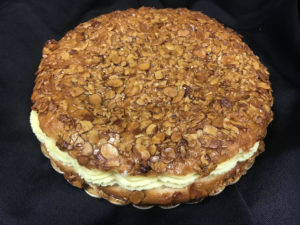 The most authentic food served came from Alpine Pastry and Cakes, the only German food enterprise in the area. Located on 1848 Willow Pass, it has a long history of producing treats that remind their customers of what can be found in the Old Country. Gabriela Freitag and her husband Ernest have owned and o 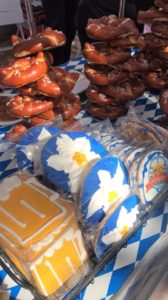 perated the business since 1995.
For Concord’s Oktoberfest, Alpine’s booth sold apple strudel, black forest cupcakes, cookies, and the crowd favorite bienenstich or beehive cake. This traditional German specialty consists of sweet layers cake with a large center of buttercream custard. It is finished with a honey-almond frosting that melts in your mouth.
To stay authentic, Alpine also served their homemade pretzels which are featured every Friday afternoon at their bakery. The only other pretzel sighting at the Concord Oktoberfest came from necklaces sold by the students in Cindy Gershen’s Culinary Academy at Mt. Diablo High School.
Fortunately, the art of Germanic cuisine is not totally lost in Concord. Even if the owner Jerry Sedivy of DJ’s Bistro on 1825 Sutter is of Czech origin, the popular café features primarily German food. As a regular of this restaurant for more than two decades, I can vouch for every item on the menu which is most enjoyed when the weather gets colder. 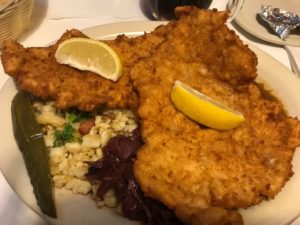 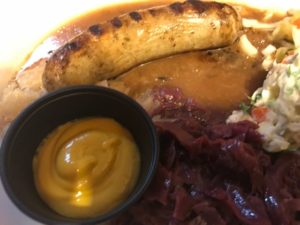 Their signature dishes are the Wiener and Jaeger Schnitzels. They consist of large pieces of pork loin who are prepared similarly to fried chicken. The Jaeger version is served with a mushroom sauce. The helpings are so large that DJ’s offers one or two-piece plates. I always get a big order and take any extras home with me.
Served with the Schnitzel’s is German potato salad or my favorite spaetzle, which is an egg noodle concoction best known in and around Munich. DJ’s also has other authentic dishes on their menu including bratwurst, sauerbraten (pot roast), Bavarian chicken, pork roast, and fried cheese. All are great but are not diet material. For the lighter side, DJ’s offers a more than respectable garlic lemon chicken and Greek salads.
DJ’s beer bar is often occupied by patrons watching European Soccer matches while enjoying tap favorites Spaten and Erdinger from Germany. I usually order the Czech beer Urquell on draft, or a bottle of Praga dark to compliment my meals there. Best of all, DJ’s only charges $5.00 per mug.
DJ’s does not have much competition locally. It is unfortunate, but Speisekammer, arguably the most authentic German Restaurant in the region, is in Alameda.
Nevertheless, we can still procure bakery goodies from Alpine, visit Jerry’s place, and look forward to Oktoberfest each year.