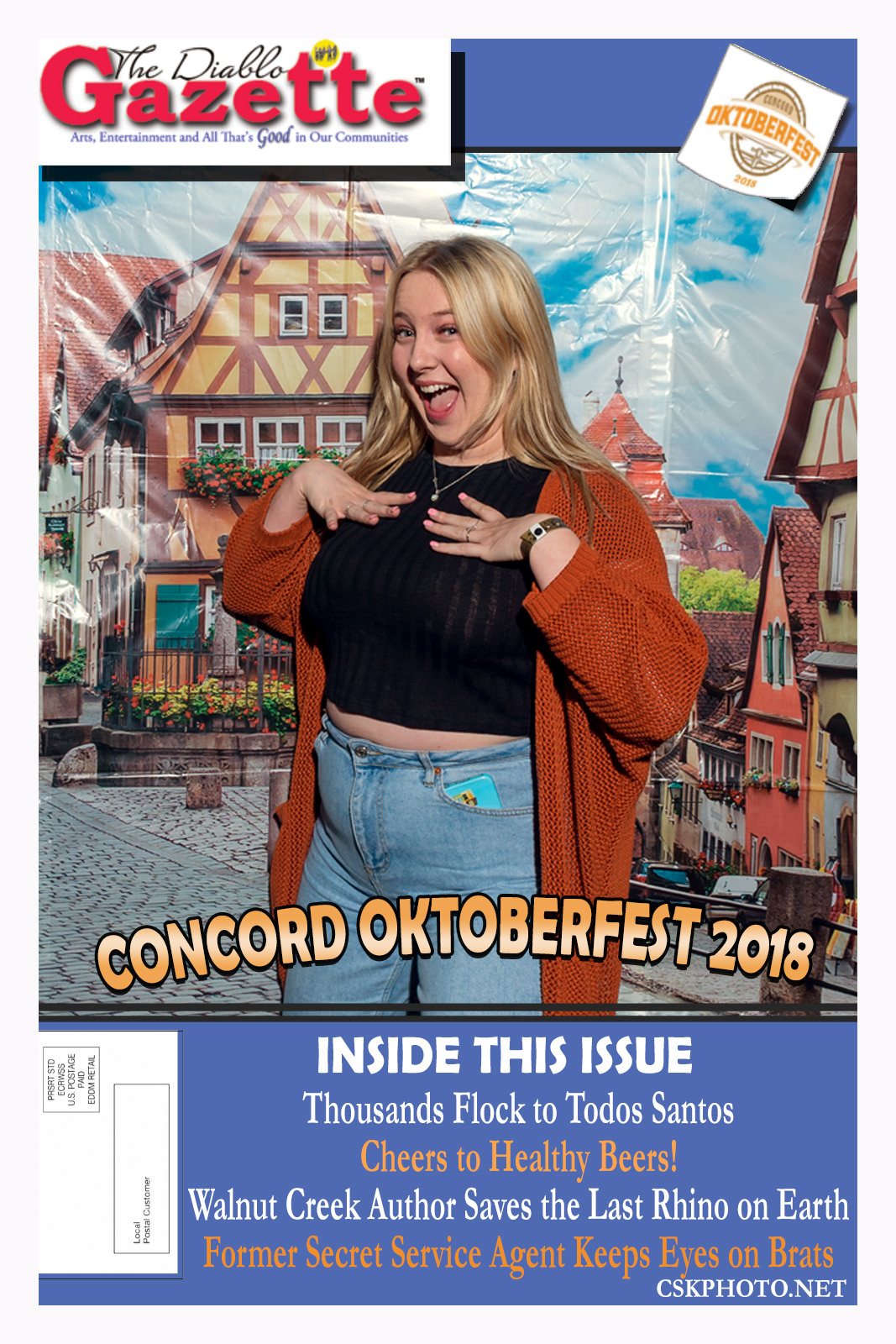 Updated:   “Concord’s Inaugural Oktoberfest on October 12-13 turned Todos Santos into a “mini-Munich” with live music, beer tent, singing, dancing, strongman contest, kids area, food and more,” says organizer Justin Crossley, of Brewing Network and producer of the Concord Spring Brews Festival. Diablo Gazette will operate a photo booth and a few other surprises in its tent.
The Kids Area is being organized by Jay Bedecarre, producer of Kidsfest. It will include a petting zoo, rides, games and plenty of other kid-friendly activities. Two bands including a 20-piece German orchestra will be providing music both days. The beer tent will satisfy craft brew fans with German-style lagers from 20 different breweries. You must be 21 or over to enter the beer garden. Several food vendors and food trucks will be on hand serving traditional Bavarian style food. This will be a fun, family-friendly, free community event. Congratulations to Lisa Robb. She won the Stein Cake from Alpine Pastry and Cakes., which was awarded to her as a $300 gift certificates. I guess should get 1000 cookies instead. Photo Booth: CSK Photography Free photos. Free Diablo Gazette mini-cover prints. One of the event’s photos will be chosen and published on the cover of November’s edition of Diablo Gazette.  At our booth, Concord turned into Rothenburg, Germany, the backdrop for the photos. Mr. Klaus Parks stopped by our booth and offered to draw Jill Hedgecock a rhino using the cover of her book as his model. A few minutes later, he gave her this (see image). She paid him $10, he then bought her book. David King, Publisher in on the left holding a beer mug carved of ice from Chisel-It Ice.

Richard Eber – “Out to Lunch” restaurant reviewer. Richard says to bring him your Oktoberfest purchased food and he will have a bite and review it for you.  (sitting in middle)

Chisel-It Ice Stein –  Guess how long it will take to melt on Saturday, and win a year’s supply of Stewart’s root beer, and dinner for 4 at DJ’s Bistro in Concord. Win Year Supply of Rootbeer and Dinner for 4 at DJ’s Bistro.  Come see our 40″ carved-ice Stein masterpiece from Chisel It Ice of Clayton.  Guess how long it will take to melt or be the closest to the time it will take to fully melt. Entries also available on our Facebook page and on Claycord.com’s Facebook page.  Enter your guess in the comments.

Rules: Can you guess how long it will take our 3” thick carved ice stein to melt? The official start time for the melting to begin is 12:00 p.m. Saturday, October 13. Pick the correct hours, minutes and seconds that it will take for the stein to completely melt.  You may also enter on the Facebook pages of Diablo Gazette and Claycord.com. Deadline to enter is 3:00p.m. on October 13. Time and winner will be announced on our facebook pages. The entry closest to the official time wins. In the event of a tie, a random drawing will determine the winner.

Update:  Kudos to Michelle Kline of Walnut Creek who guessed how long it would take for our Stein ice sculpture to melt. The official time was 7 h: 24m:16s. Michell’s guess was a very close 7H:19M:25. Michelle won a year supply of root beer and dinner for four at DJ’s Bistro in Concord.