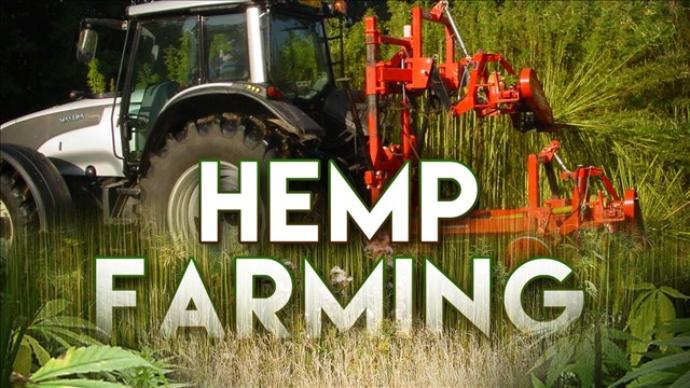 In what’s being called “a major victory for the hemp industry,” Gov. Jerry Brown signed California Senate Bill 1409, which will allow California farmers to enter the rapidly growing but stalled hemp industry effective Jan. 1.
In an interview with New Hope Networks, Eric Steenstra, president of Vote Hemp stated that agriculture is a hugely important sector of the California economy.
“We are thrilled that farmers can now benefit from the economic opportunity of hemp farming,” he said. The bill allows California farmers to grow industrial hemp and to produce hemp oil, fiber, seed and extract.
SB1409 brings California’s hemp laws up to date by adding pilot program status to California Department of Food and Agriculture’s registration program in conformance with federal requirements. It also strikes outdated state statute provisions that conflicted with the expanded definition of hemp that includes extracts and derivatives from the non-psychoactive flowers and leaves.
The new law makes it legal for California farmers to grow industrial hemp which is cannabis containing less than 0.3 percent THC, the high-inducing cannabinoid.
The California Department of Public Health on July 6 issued an FAQ stating that, “Until the FDA rules that industrial hemp-derived CBD oil and CBD products can be used as a food or determined safe to use for human and animal consumption, CBD products are not an approved food, food ingredient, food additive or dietary supplement.”
That meant that California farmers can grow hemp for CBD, but California retail stores cannot sell it and California consumers cannot legally buy it.
“The California Department of Public Health (CDPH) position makes no sense,” Steenstra said. “The bill does not force a change in the position of CDPH, but it does give the industry new arguments as to why the CDPH statement is wrong; and we intend to use it to bring them to the table for discussions.”
The contention is that the FAQ cites the FDA position on CBD based on the Drug Enforcement Administration’s (DEA) conclusion that CBD is a controlled substance. CBD, however, in and of itself is not scheduled under control substances Act (CSA) Rather, it is a controlled substance only when it is sourced from marijuana, not when sourced from lawfully cultivated industrial hemp.
In addition, the 2014 Farm Bill legitimized industrial hemp at the Federal level.
The hemp coalition has also authored a one-page letter for Gavin Newsom, who is expected to be elected the next California governor in November.
The letter advocates California create a state regulation similar to that found in Colorado, where hemp is treated like any other food ingredient. The state applies existing food manufacturing guidelines to products such as hemp oil-infused beverages or hemp-derived CBD supplements. It also allows for the manufacture and distribution of hemp food products for consumer purchase and consumption and prohibits a company with an FDA-approved pharmaceutical from preventing or restricting the production, sale or distribution of naturally occurring CBD extracts.
Being that the FDA just approved a GW Pharmaceuticals CBD drug, Colorado law explicitly states that the pharma firm cannot fiddle with the state’s hemp industry.
The Colorado law was model legislation for other states to emulate.
While the just passed California, law does not immediately change the state of affairs at California retail stores, hemp-based CBD is expected to return relatively soon.
In November, with a Newsom victory, we should see California be more hemp-friendly and that could change the status of CBD at retail level. In December we should see another bill, “Hemp Farming Act of 2018” passed that makes hemp—and CBD—that much more of a sure thing.