The Parkland, FL school shooting killing 17 and injuring more has reignited the contentious debate for viable solutions to gun violence. Either enact more gun control or employ greater security solutions as the opposition relies heavily on protecting the 2nd amendment interpretation. Within this argument, everybody agrees that they want and need gun deaths to stop.
The Stoneman Douglas High School shooting may have been the tipping point for action as more than 800 events throughout the United States and around the world with a coordinated
“March for Our Lives” protest on March 24, including Walnut Creek. Inspired by the determined and emotional core of Florida students, Diablo Valley’s reaction has been impressive, surpassing participation in the recent Women’s March.

“In Walnut Creek, we marched for our lives……and for yours, and for your family’s lives; for the lives of those who wished they could be there but couldn’t, and for Democrats and Republicans alike. We marched so that not another parent, who sent their child off to school in the morning, will end that day by making that child’s funeral arrangements.
We marched to show our legislators at every level, how frustrated we are with their failure to DO something about this agonizing fact of American life that has been with us since Columbine, and how serious we are about calling them out for their actions and inactions,” said Concord resident Jackie Skarr.

In an email to Diablo Gazette, Skarr reported that the mood was somber and joyful all at the same time, with one singular theme: Putting Americans’ safety from peacetime gunfire AHEAD of our love affair with weapons. “With all due respect to our Founding Fathers, we seem to have gone a little more than slightly off the deep end,” she wrote.

Children’s’ faces in the crowd were looking to the adults there for answers and promises. They asked questions of our legislators who attended, requesting and deserving answers.
Contra Costa County District Attorney, Diana Becton, California Assemblywoman, Catharine Baker, and United States Representative, Mark DeSaulnier, all promised to keep fighting for gun law reform. “We mean to hold them to those promises,” Skarr proclaimed. Once again much has been said about changing things and now, more than ever, our resolve has been strengthened to HOLD THEM ACCOUNTABLE, right up through the very next time they ask for our votes. No change equals no elected office, period. An important rallying point during the “March for Our Lives” protest was that marchers could influence change by voting. The League of Women Voters of Diablo staffed a booth and assisted marchers with voter registration.

“So, off we marched, into the bright afternoon, hopeful once again that the will of the people will be done, the way our government is supposed to function,” Skarr concluded.

On March 17, several local schools participated in a walkout despite school administrations attempt to thwart it. Clayton Valley Charter locked the gates and encouraged kids to channel their energy towards befriending a lonely student or outcast during lunch breaks. Mt. Diablo High staff locked main gates around campus before the 10 a.m. walkout, but students broke through a back gate and walked down Grant Street around 10:15 a.m. shouting “enough is enough!” before administrators took them back to campus. Some held signs with messages protesting gun violence. A photo of the breakout taken by San Jose Mercury News went viral and Mt. Diablo students received accolades from Stoneman Douglas student protest organizers.

Correspondent Nik Wojcik approached several local gun shop owners for their reaction to this latest tragedy. All uniformly declined to be on record with media. However, when one store owner revealed that its gun sales have been down by as much as 30% since Trump became President, she did a little digging. In a 2016 NY Times report, gun sales tend to sharply rise each time there are new gun control measures being proposed. This also meant a rise in sales when existing gun control laws were relaxed.

The FBI has been tracking the occurrences of NICS Firearm Background Checks since November 1998, just five months prior to the deadly shooting at Columbine High School. The FBI says, “a one to one correlation cannot be made between a firearm background check and a firearm sale.” What is determined is since 1998 when background checks were put in place, there have been 280 million of them.

|Special thanks to Nik Wojcik and Jackie Skarr, for their contributions to this article and to the photographers: Gail Murray, Micah, Christina Angell, Kristy Buchholz and Aric Crabb/Bay Area News Group)|

Acalanes students register to vote at the March for Our Lives rally in Walnut Creek’s Civic Park on March 24 as Tiffany Martin of the League of Women Voters of Diablo Valley looks on.

Acalanes students register to vote at the Diablo Valley League of Women Voters’ booth during the March for Our Lives rally in Walnut Creek’s Civic Park on March 24.  Suzan Requa, co-president of the League looks on.

|special thanks to Nik Wojcik and Jackie Skarr, for their contributions to this article and to the photographers: Micah, Christina Carney, Kristy Buchholz and Aric Crabb/Bay Area News Group) | 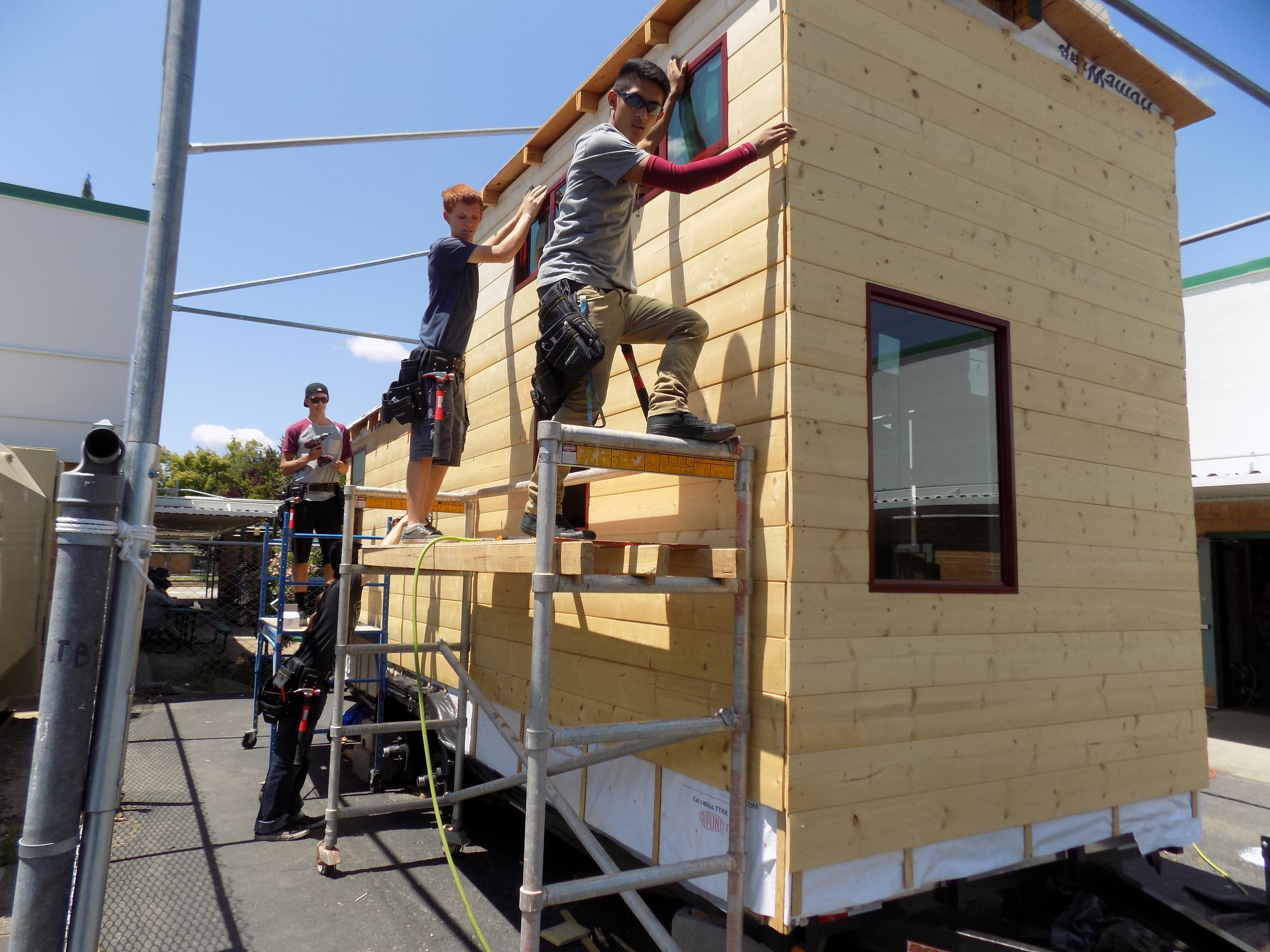 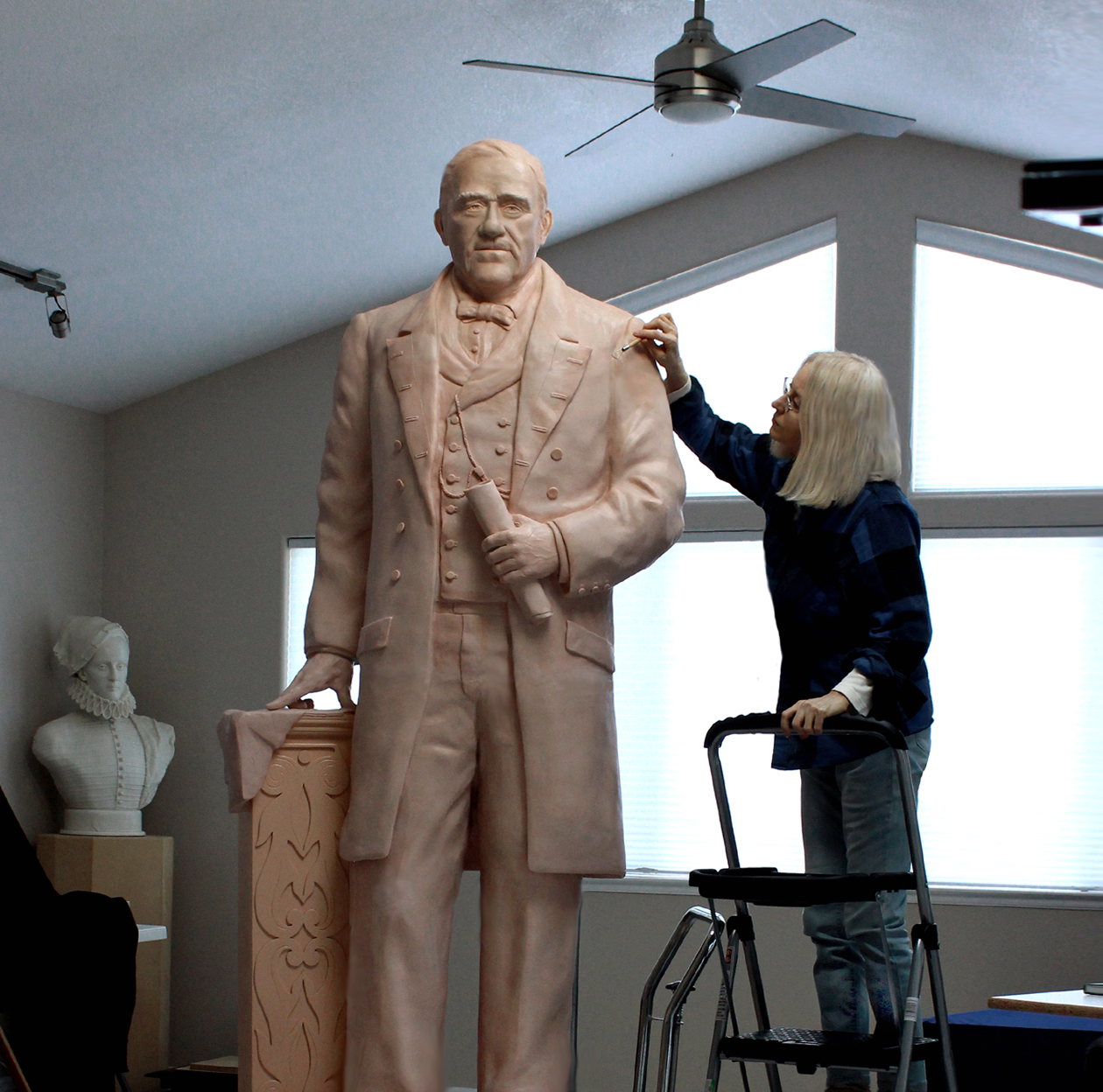 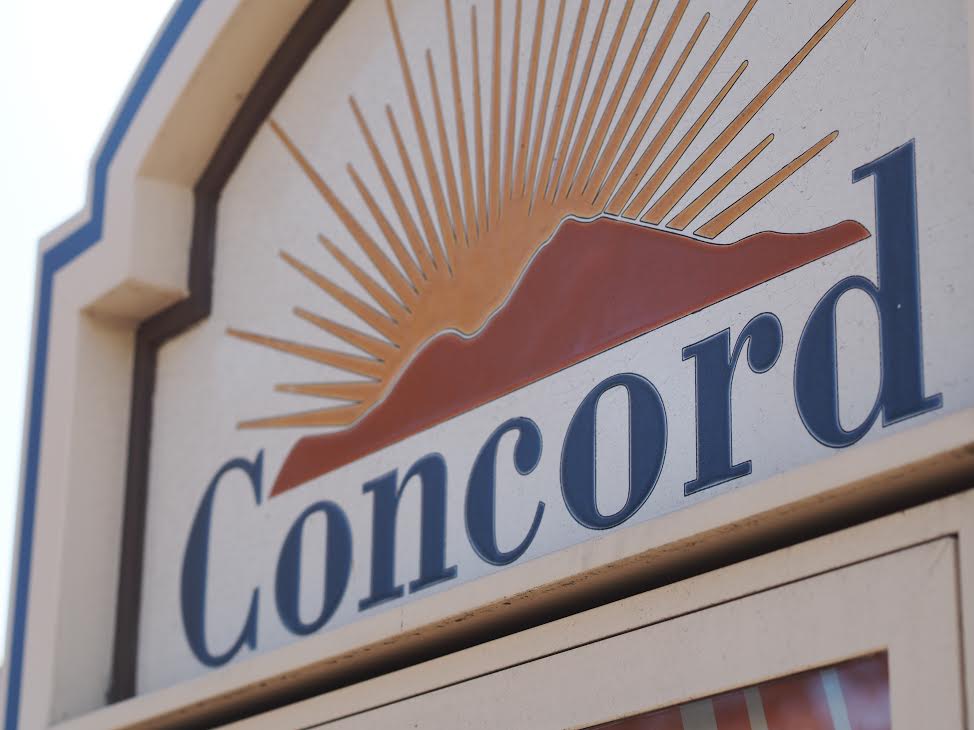 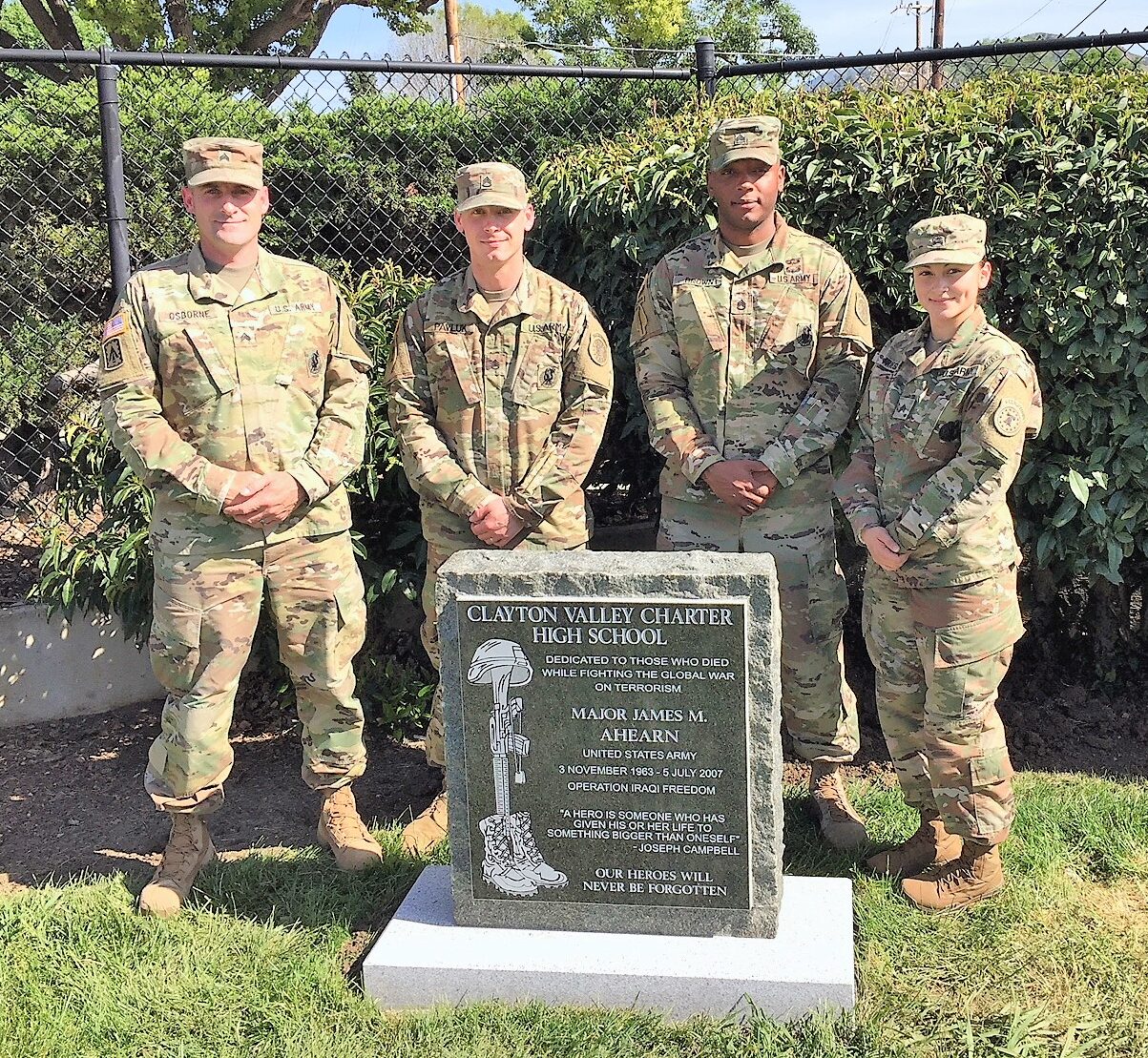 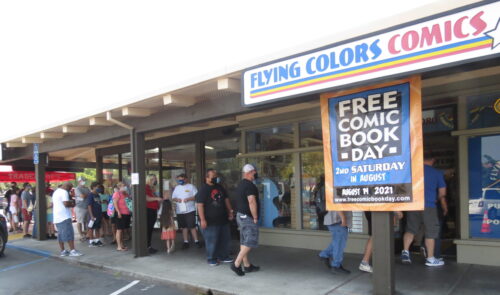 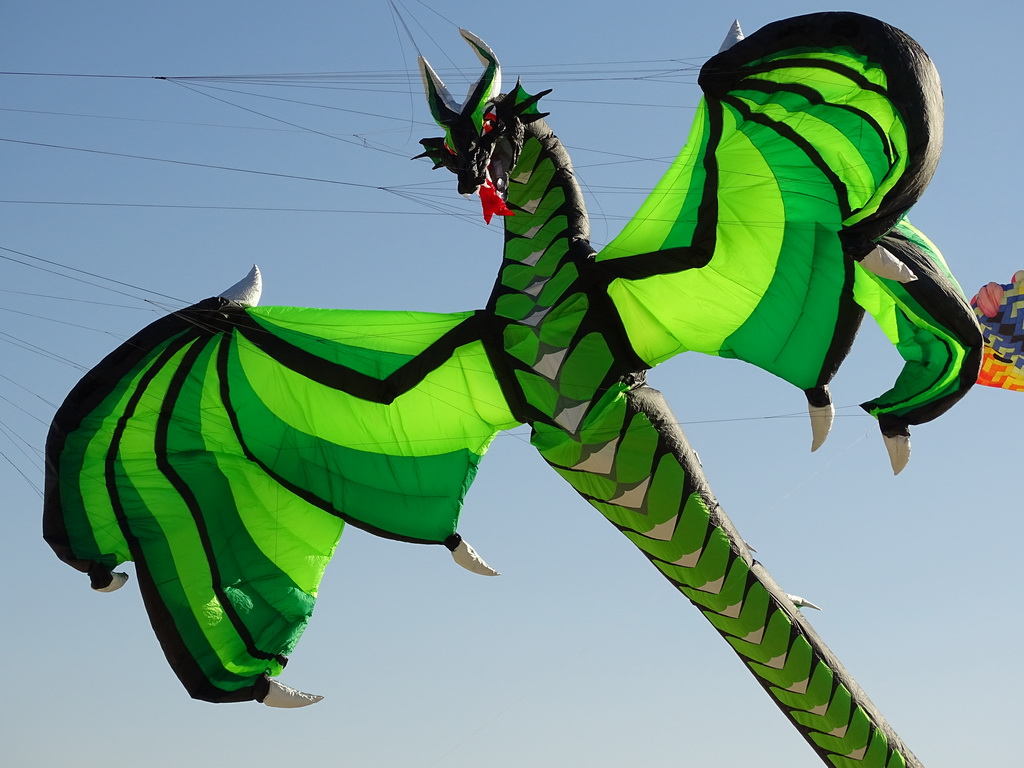