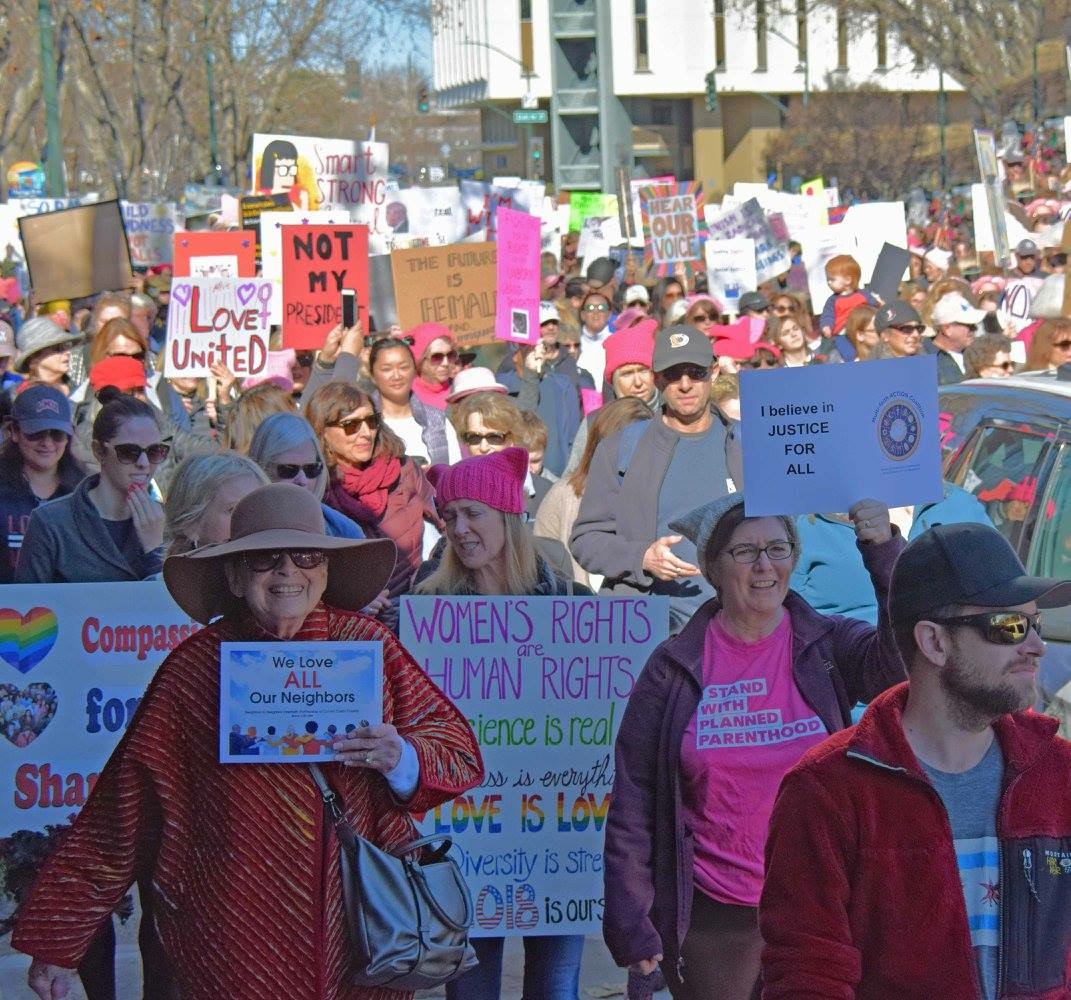 On January 20th, over 10,000 women, men and children flocked to Civic Park in Walnut Creek to join the Contra Costa Women’s March (CCWM) as part of the Women’s March on Washington.  Here, there was a much larger crowd than last year. This year, crowds gathered on every continent from Kolkata, India to Nairobi, Kenya to Paris, France. In the U.S., it was estimated that 400,000+ people participated in New York City.

The CCWM organizers, a group of local women and mothers without previous community organizing experience, banded together for a second time to bring the community together, get people registered to vote, and encourage participation in 2018 elections. The leaders of CCWM have vowed to continue to have marches as long as there is injustice and inequality. Those wishing to get more involved year round should contact EBAC (www.eastbayactioncoalition.com). 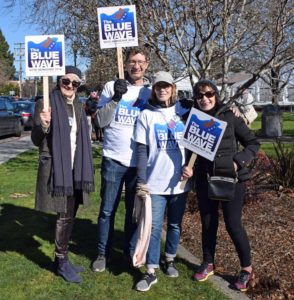 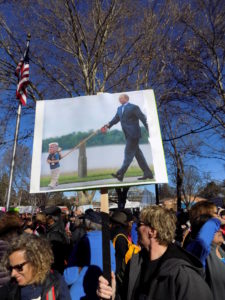 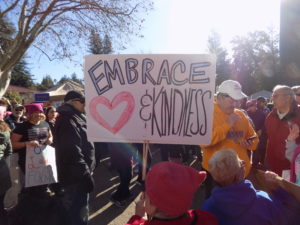 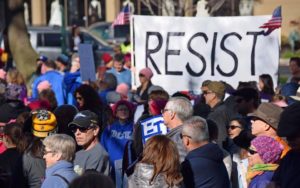 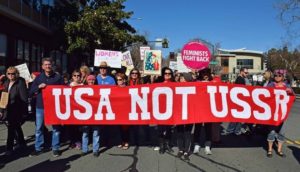 The Women’s March movement is about raising our voices for change. Combing through a cross-section of marchers, I asked individuals for their personal reasons for participating in the protest, “Why are YOU Marching?”

Stacy Asterlind of San Ramon: “Because I’d like to see just about everything change. We are in a sad state of affairs.  I want to make things better for my daughters.”

Stuart Blair, a native of Scotland currently residing in Walnut Creek: “To show solidarity.  My son is American and I want to show him how to participate in democracy. I haven’t filled out my naturalization papers because of Trump. But days like these give me hope and push me closer to wanting to become a U.S. citizen.“

Marinell Daniel from unincorporated El Sobrante: “I hope marching will have an impact on single payer health care. I want to raise awareness that Social Security isn’t an entitlement, especially for seniors without pensions. I’d like to see automatic registration for people when they turn 18.”

Spalding Ashley from Walnut Creek: “Because women need to have each other’s backs and stick together. I want to bring positivity to the world.”

Rod Beeve from Livermore: “We are on a bad course. I came out to support protecting women’s rights. I support equal pay for women I’m concerned about the defunding of Planned Parenthood. The positions that Trump has taken harm women and send the wrong message across the world.  And I’m marching to honor my 80-year-old mom who wasn’t able to participate.”

Mary Beeve from Livermore: “I’m angry at Trump and the Republicans that support him. I still find it unbelievable that Trump was elected. I’m angry that Republicans were willing to let Russia influence our election. They’re unpatriotic. I’m concerned about Trump’s willingness to take away National Parks and that his support of offshore oil drilling. Planned Parenthood must be protected for future generations.”

Sandy Hawke of Walnut Creek. “You have to be heard and you have to show up. I want to see money taken out of politics. Our government has sold out to lobbyists. And because I care about diversity as a gay woman raising two daughters with my partner.”

Jerilyn Taylor of Oakland: “To bring a message that we are stronger together. Women’s issues cross the imaginary boundaries of color, economics, sexual orientation and geographic lines. I wore a pussy hat because it’s an important sign of resistance. Every cause needs symbolism. My mother rebelled during the civil rights movement by not straightening her hair because the Afro was nonconforming and tied to the resistance.”